Honey Popcorn Debut Despite JAV Controversy: Here’s Why It’s Not a Big Deal (And What Should be a Big Deal Instead) 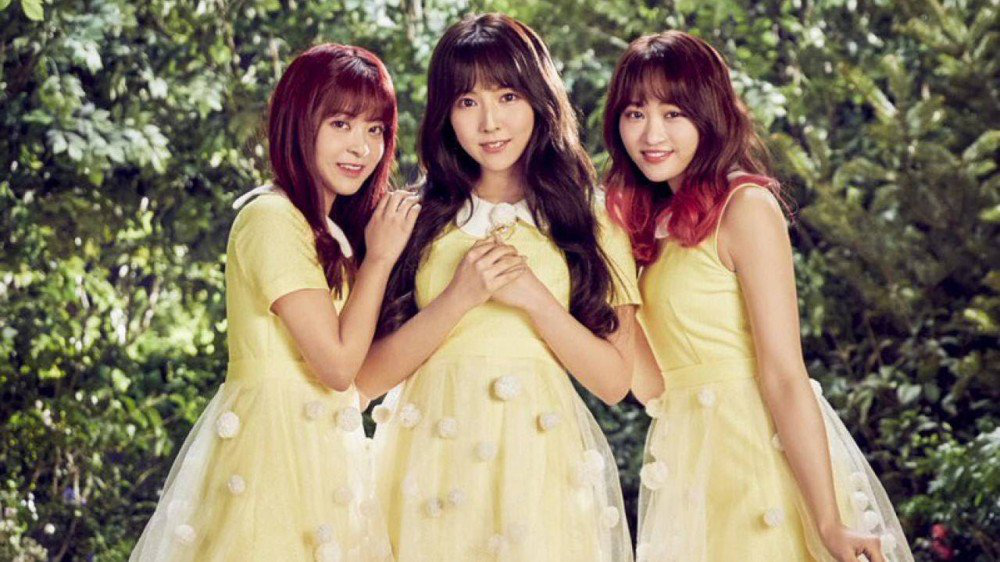 A new female K-Pop trio, Honey Popcorn, debuted March 21, 2018 with their mini album Bibidi Babidi Boo. The all-Japanese member group, comprised of members Yua Mikami, Miko Matsuda, and Moko Sakura already have Netizens and international K-Pop fans talking, but not in a good way. The trio, who are under the Kyun Create label, are Japanese Adult Video (JAV) stars, which is what people focus on more than the members’ other career notes.

Overall, it’s hypocritical to criticize Honey Popcorn for their backgrounds, especially since the overall Asian idol machine is based upon sexualizing idols. Then, there’s the behind-the-scenes actions that take place in the music industry that no one wants to talk about, and that is a bigger issue than someone’s willing choice to act in adult videos or become a nude model. 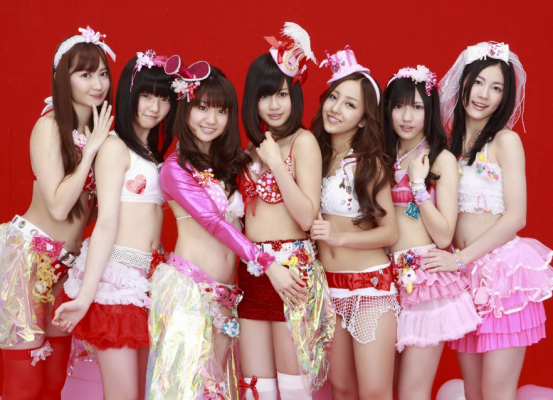 Members of AKB48 pose for a photo. Photo cr. AKB48Gazou48

Netizens criticizing Honey Popcorn are picking the wrong battle, especially those who say their debut spits in the face of the #MeToo Movement. These are the people who are missing the bigger picture by focusing on a Red Herring, and thus missing the point of #MeToo and #TimesUp.

The Asian entertainment industry has had a long history of sexual abuse. In recent years, ex-trainees and former idols have began to discuss the issues in the industry but under the guise of anonymity. In 2013, an ex-trainee talked to JTBC about the sexual abuses in the K-Pop industry.

“When I belonged to an agency, even though I was a minor, I was often asked to be present at a bar. In truth, there are agencies that function more like brokers that trade female trainees to different sponsors,” the ex-trainee said.

In the same interview, a broker who helped set up meetings between trainees and sponsors said, “To meet a female trainee, a sponsor would be charged on average approximately 220.00 USD per meeting. If they want to meet a very young female or someone from a prominent agency, they may be charged 700 to 900.00 USD. A sponsor must make a reservation at least a day ahead, and only those that are already on broker’s customer list can get a meeting.” 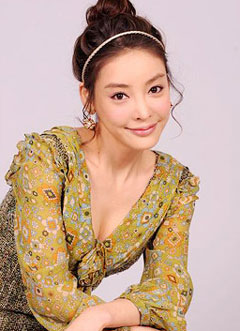 Korean actress Jang Ja-Yeon committed suicide in 2009. Her suicide has been blamed on years of sexual abuse and harassment while in the Korean entertainment industry. Photo cr. Chosun Ilbo.

Like Korea, Japan, too, has a history of brokers who negotiate prices for their idols in exchange for sexual favors. After the singers graduate or retire from their idol groups, some speak out about the abuses they face, some even describing forceful rape by older men. Young trainees and stars are expected to perform sexual favors in order to “kickstart” their careers, pay training fees, and have educations paid for during their pre-debut years. According to Shohei Sakakura, the author of AKB48 and the Black Companies, sexual abuse and exploitation are “an open secret” in the Japanese idol and entertainment industry: Everyone knows about it, but no one wants to talk about it, but they certainly want to engage in it. Female idols, often clad in cute “Lolita” outfits, sing and dance for the masses—especially older men—who fawn over their every move. In some cases, young idols even perform in Tokyo’s Red Light District of Kabukicho, adding another seedy layer to an already problematic industry.

Sexual favors and the mistreatment of minors is not exclusive to Japan and Korea, as Taiwan, Hong Kong, and China also have former idols—both male and female—who’ve come forward to tell their stories, albeit, anonymously.

Over the years, scandals have come out pointing to the larger issue in the Asian idol machine. One of the biggest and most known is the Open World Entertainment scandal involving CEO Jang Seok-woo and the charges he repeatedly sexually abused six female trainees (he admitted to the charges) since 2008. In the court documents, police state the young women were also drugged and abused by members of a male idol group.

Another case involves the 2009 suicide of Boys Over Flowers actress Jang Ja-Yeon. Jang, who was 29 at the time of her death, wrote letters documenting years of abuse caused by her agent Kim Sung-hoon (Kim has also been accused of molesting a male model in Japan). According to Chosun, in her letters, Jang wrote that she was forced into performing sexual services for 31 high profile men on over 100 occasions. In her writings, Jang also revealed the names of those men, a list that includes producers, financial executives, and journalists, and that if she did not comply to these acts, her agency threatened to sue for breach of contract.

Out of the 31 people named, only six were prosecuted.

In 2018, Variety reports Jang’s suicide case* may be reopened for investigation and is pending a ministry ruling. The #MeToo movement and a petition may be responsible for the motion for another investigation.

Along with Jang, others have been tied to sexual harassment cases and prostitution within the industry. 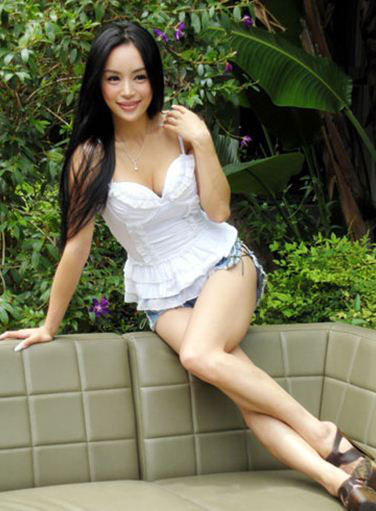 In 2010, Taiwanese singer and former 3EPBeauties (3EP美少女) member, Estrella Lin, made accusations that her agency, AntzStar and CEO Phillip Choi attempted to pimp her out to investors while she attempted to have a career in South Korea. Lin ‘s accusations include false imprisonment and that male and female entertainers are equally pimped out to potential investors. In a book she wrote about her experiences, Lin states that sexual favors and “sponsorship” are a rule, not an exception.

Lin’s accusations have been met with some dissonance. A fellow trainee, Cherry, pushed back in a Gossip Queen interview stating Lin was the one actively seeking sponsors and that was not pimped out. Lin has responded by not backing down from her claims.

In 2016, several actresses and singers were wrapped up in a prostitution scandal. Among those speculated, Korean-Canadian singer G.NA was confirmed to be involved in the sponsorship scandal. During the investigation, G.NA stated she was fooled into prostitution by her broker, who arranged meetings between her and a Korean-American businessman. Besides G.NA, three others were identified as being female prostitutes. According to Seoul Central District Court’s public documents, the others accused include Lee Harin of the former girl group Sugar, beauty pageant contestant Choi Eun Young, and up-and-coming celebrity Lee Min Ji. In addition to the four women, an entertainment label director identified as Kang and a staffer identified as Park were charged with illegal prostitution of female celebrities, and two “Johns” by the names of Choi and Park were also charged.

Despite G.NA’s claims, and despite overwhelming evidence and claims by other celebrities who’ve had similar experiences, fired-up Netizens called for G.NA’s deportation and skewered her online, showing the typical hypocritical nature toward idols while blatantly ignoring the larger issue in the industry: Idols, actors, and actresses are being sold for sex, and everyone continues to look the other way.

In Defense of Honey Popcorn

To say Honey Popcorn goes against #MeToo is wrong, especially if the members willingly chose the AV career. If no one forced the members into it, then they made a career choice they felt was right for them. With this, their career choices—even if controversial—shouldn’t prevent them from pursuing singing careers if it is something they want to do. If they sing and have AV careers at the same time, so what? It’s not a big deal. 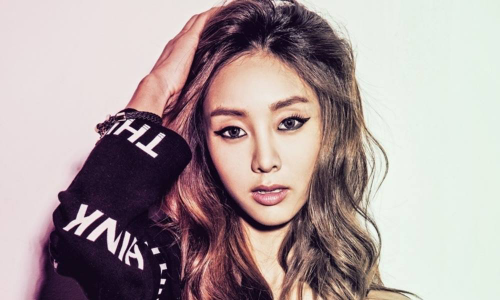 G.NA was one of four celebrities questioned for alleged prostitution in 2016. Photo cr. Allkpop

Focusing on Honey Popcorn and trying to stop them is a form of control many K-Pop fans feel they have and should have. Fans feel they own the air idols breathe, but instead of trying to assert control over people, they should try to channel that energy into changing the overall Entertainment Machine for the better.

K-Pop fans, if they want to get in a twist about someone’s non-kosher career choice, should really look into the K-Pop industry and the Asian music industry as a whole because there are many problems that people willingly ignore that need to be changed. Young people go into the industry hoping to become stars, but the dark underbelly exists that suggests their bodies should be sold and manipulated to get anywhere in life.

Where are the cries for banning the industry in order to get laws changed to prevent sexual abuse and prostitution of male and female trainees and stars?

If there are some, the cries are too quiet.

Focus needs to shift on the true issues in the industry so the idolized stars can pursue their dreams in safe environments and so aspiring entertainers can avoid the perils those before them face or have faced. Honey Popcorn’s debut is a false issue masking the darker issues no one wants to address.

Shift your focus, people. Honey Popcorn is not the real issue.

One response to “Honey Popcorn Debut Despite JAV Controversy: Here’s Why It’s Not a Big Deal (And What Should be a Big Deal Instead)”