Ever heard the phrase ‘you are that which you eat’? Just as you watch the foods you intake for weight loss and health purposes, choosing a particular diet impacts your skin’s wellbeing.

For most cultures, the nutritional value of each meal is not of importance, especially the breakfast session which may include a cup of water, or sugar-filled coffee. Nonetheless, some cultures do exercise nutritional balance although they tend to engage in meals with a single dominating nutritional element, especially proteins. A typical Korean meal –rice, soup, and side dishes- includes various nutritional elements such as proteins. The typical meal is also exercised in the breakfast session, which might sound absurd to most cultures. As such, it would be normal to find Korean families having rice, soup, and more than two side dishes for breakfast. Moreover, coffee and tea; cappuccino and latte among others, is just but a break-time snack from work or studies. Do not get me wrong! Coffee can be addicting with most drinking more than 2 cups of Americano a day. However, meals are packed up with nutritionally balanced foods.

Worrying about how you can stomach having a heavy meal in the morning with your non-ending hurry to go to work? The hurry – probably because you always find yourself sleeping in even after setting 5 alarms and using positive behavior reinforcement strategies?  Well, worry no more since you can incorporate the wholesome Korean meal setting but in bits and by stepping up and matching your food’s nutritional balance to that of K-food. Here are some K-influenced foods you can include in your diet for a youthful and healthy glowing skin.

Collagen not only boosts your muscles by providing structure to tendons and joints, but also rejuvenates your skin.  The protein is found in one’s skin, blood, ligaments and cartridges making its intake crucial. The depreciation of collagen production is facilitated by age and further aggravated by habits such as unhealthy diets, smoking, and excessive exposure to the sun.  Korean soups and stews are made from ingredients containing roughages and collagen. Some of the ingredients include pig trotters and cabbage. One such recipe involves simmering bones with meat in water to make broth, which is then finalized by adding vegetables, seasoning and spices such as red pepper. The serving comprising of small meat portions and heaps of vegetables; especially legumes, promotes collagen reproduction in your body, which in turn fosters skin regeneration. While you are at it, in-taking the collagen also boosts your muscle mass, fostering prevention of joint pain and promotes your heart health.  Examples: sea weed soup, vegetable soup, and chicken broth.

Ever eaten a cat fish or an octopus? You should start incorporating them into your diet. Seafood comprise various skin benefits including improving your complexion and building a clear and healthy skin. Additionally, it contains anti-aging properties –through prevention of wrinkles and fine lines- and collagen which facilitates the skin’s suppleness. The most effective manner of absorbing nutrients is by in-taking the seafood in its raw form; only for the safe and non-poisonous ones. Sushi is one delicacy you should try fixing in your diet once in a while. Although individuals avoid sushi for its perceived primitive gesture, the delicacy is enriched with various minerals and proteins which are crucial for skin rejuvenation and glow. Sea vegetables, including sea weed, are also rich in minerals including sulfates which possess anti-cancer and anti-inflammatory properties. They also comprise vitamins K and C, which foster a healthy skin. So, next time you come across a shrimp, you can try simmering rather that cooking it fully to enjoy the oozing delicacy. Examples: cod fish and crab. 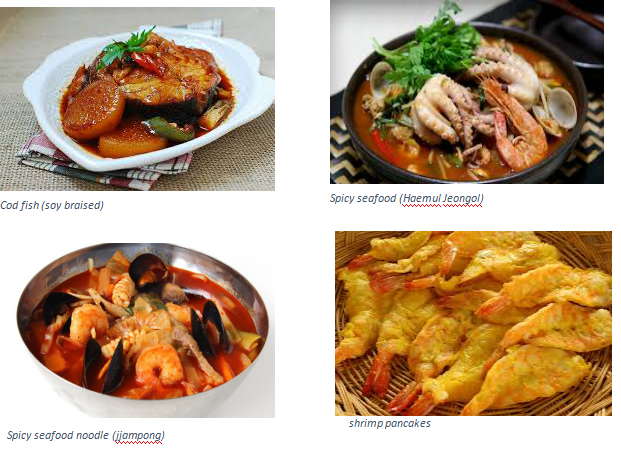 Most individuals think that fermented food is food which has gone bad. Well, in some way it can infer the “gone bad” meaning but its food gone bad but with additional value to one’s health. Fermented foods comprise live bacteria that foster the replenishing of microbiome in your body. Hence, such foods help the body maintain the appropriate proportion of friendly bacteria whose effect is related to skin health. The bacteria also facilitates food digestion and increases the availability of minerals and vitamins in the body thus promoting the skin’s glow and youthfulness. For instance, Kimchi is a fermented vegetable delicacy that boosts the immune system and helps prevent occurrence of atomic dermatitis thus maintaining the skin’s health. Examples: kimchi and fermented soybean.

Cannot afford red wine? The Korean traditional wine (makgeoli) made from rice would be a better substitute. The alcohol volume content in a rather low saturated rice wine ranges from 6 to 8 percent. The drink is used for enjoyment purposes as well as for improving one’s digestive system. The rice wine contains vitamin B and amino acids which are essential for the firmness, brightening and glowing of the skin. Excessive use of the drink in any particular can, however, instigate drunkenness.

How many tea types do you know? Koreans have over ten types of teas, whose intake varies with celebrations, preferences, and purposes. The teas are made from flowers, leaves, roots, berries, peels, blossoms, rice, barks, fruits, and stems. Some of the teas that relate to the skin’s health include green, ginseng and barley tea. Most of these teas, including that made from barley, are often used as water substitutes even in most Korean restaurants. The green and barley teas contain antioxidants which clear toxins from the body contributing to a young, supple and healthy skin. Examples: green, barley, ginseng persimmon, lotus flower, peach flower, plum flower and jujube tea. 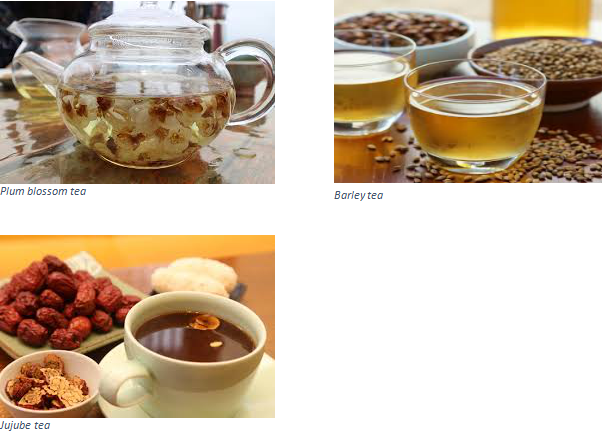 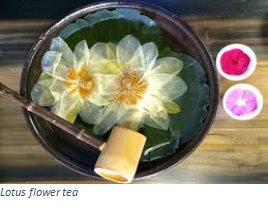 Ever tried raw spinach (freshly picked leafs which are washed and served without simmering or seasoning) with a bowl of spicy stripped pork stew and boiled rice? That is a typical Korean meal which allows you to feel the crunchiness and bitterness of the spinach as you chew before in-taking the accompanying dishes for a complete mastication. Compared to the overcooked counterparts, raw foods comprise enzymes, which are crucial for body biological reactions including detoxification, digestion and energy production. The reactions are in turn important for the optimum healthy skin through RNA repair thus increasing its vitality. Reduced enzyme ratio lowers the reaction levels, which lowers skin regeneration and accelerated aging. Raw foods also reduce the depletion of elastin and collagen as their phytoestrogen component help counteract estrogen loss, hence maintaining the skin’s suppleness. Moreover, raw foods are rich in moisture content thus promoting a plump and youthful skin. Most of the raw foods are also rich in fiber whose quality and effectiveness to the body has not been tampered by the high temperatures as those for overcooked foods. Examples: Sushi and simmered carrots. 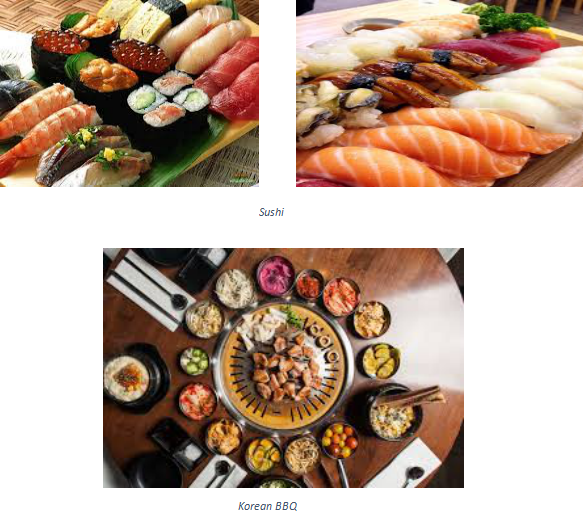 Incorporating these foods in your diet would facilitate skin rejuvenation thus giving you a healthy, glowing skin. If you may find it overwhelming to imitate the Korean three wholesome meals per day, you might as well consider ensuring that your lunch and dinner are K-food based.