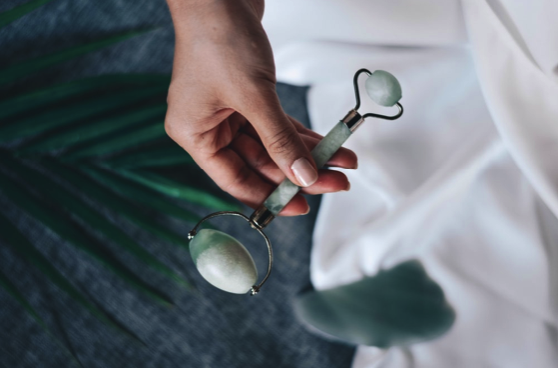 Many of you will have witnessed a lot of “Jade Rollers” these days being advertised as a useful beauty and skincare tool. Jade roller is said to do great wonders to your skin and bone structure by many dermatologists, beauty influencers and skin experts, but in many Asian countries, Jade has been known to be great for a large number of things to improve your health and looks for many centuries. Frequent use of this beauty gadget can vastly benefit the skin and prevents aging in various ways, so I’m told. It tightens, smooths and sculpts the skin, lessens wrinkles, promotes elasticity & firmness, generates a cooling effect, reduces puffiness and dark circles.

That’s not all. It eliminates toxins, helps facial oil and skin products see better results, stimulates blood circulation and oxygen, while relieving facial tension, headaches and a bunch of other mental stress, fatigue, anxiety… Basically, this Jade roller can do a ton of good, not just to your skin complexion/tone/condition, it offers a lot of health benefits to the modern generation.

Jade has played a special part in Korean tradition and history as far as back c. 850 BC – the precious stones used on the jeweled ornaments were exclusively owned by the Korean royalty and elites of high ranks from the times of the Shilla Dynasty (c. 300~668 AD) and still widely utilized and loved today.

Jade consists of approximately 45 different natural minerals and since the substances of calcium and magnesium are scientifically proven to be able to prevent far infrared ray emission, it has been known throughout numerous generations that by wearing the gems can benefit one’s state of physical health and well-being. 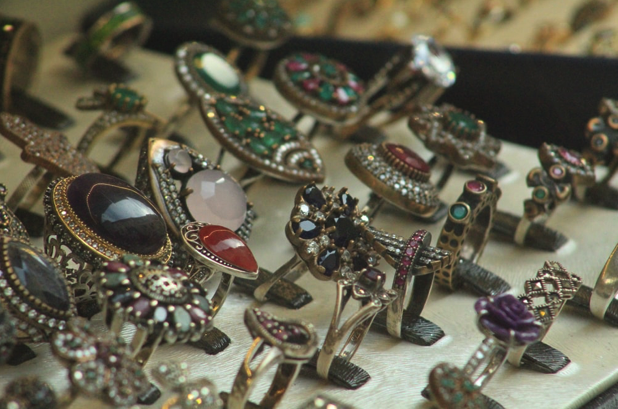 The Jade contains the minerals, calcium, and magnesium which are crucial elements for the human body, 40 plus percent of which consists of magnesium comprised of chlorophyll. The cells that make up the human body are also structures of magnesium; this is why the vibration waves of the energy emitted from the Jade is almost the same as those of the human body cells. The Jade is regarded as a breathing material, giving off vibrations that act as resonance entering into our body cells in due proportion, resulting in the revival, improving physical structures, blood circulation and moderate alkalization and eliminates harmful substances in the body: this is the particular effect the Jade has on the maintenance of human health.

The precious stone has the tendency to be cool to wear in the Summer and warm during the Winter. The qualities of the wondrous gem vary vastly, depending on where they were cultivated and the skill of its craftsman. It has been stated in Dongui Bogam which is an ancient literature compiled by the Korean physicians that the energy produced by the body and wavelength is almost identical which helps to soothe the internal system and tensions of one’s physique. Jade goes beyond than being just a beautiful ornament or jewelry because unlike most other gems and precious stones, it has been known for centuries, proven through medical research to be extremely beneficial to the health of the wearer. Jade is said to be able to effectively elevate and miraculously treat various illnesses and diseases that even modern science cannot solve at times. Below is the list of some of the symptoms Jade can provide cure or treat blood pressure, indigestion, constipation, menstrual pain, palsy, diabetes, neuralgia, chronic headache, arthritis, infertility, postpartum depression, obesity and the long list goes on.

The Jade is incredibly beneficial in cases of dull headaches and limp legs, cold sweat and frequent feelings of fatigue. The resonance-vibration effect of jade revitalizes the bowel dynamics, removing old lesions such as decayed protein or residual fat, the causes of obesity, as well as gas, resulting in slimming of the body.  Since Jade is amazingly effective for both people’s physical and mental well-being, Jadestone beds are also very popular in Asia and known to be very beneficial to one’s states of health.


2 comments on “Jade Roller & its Benefits”