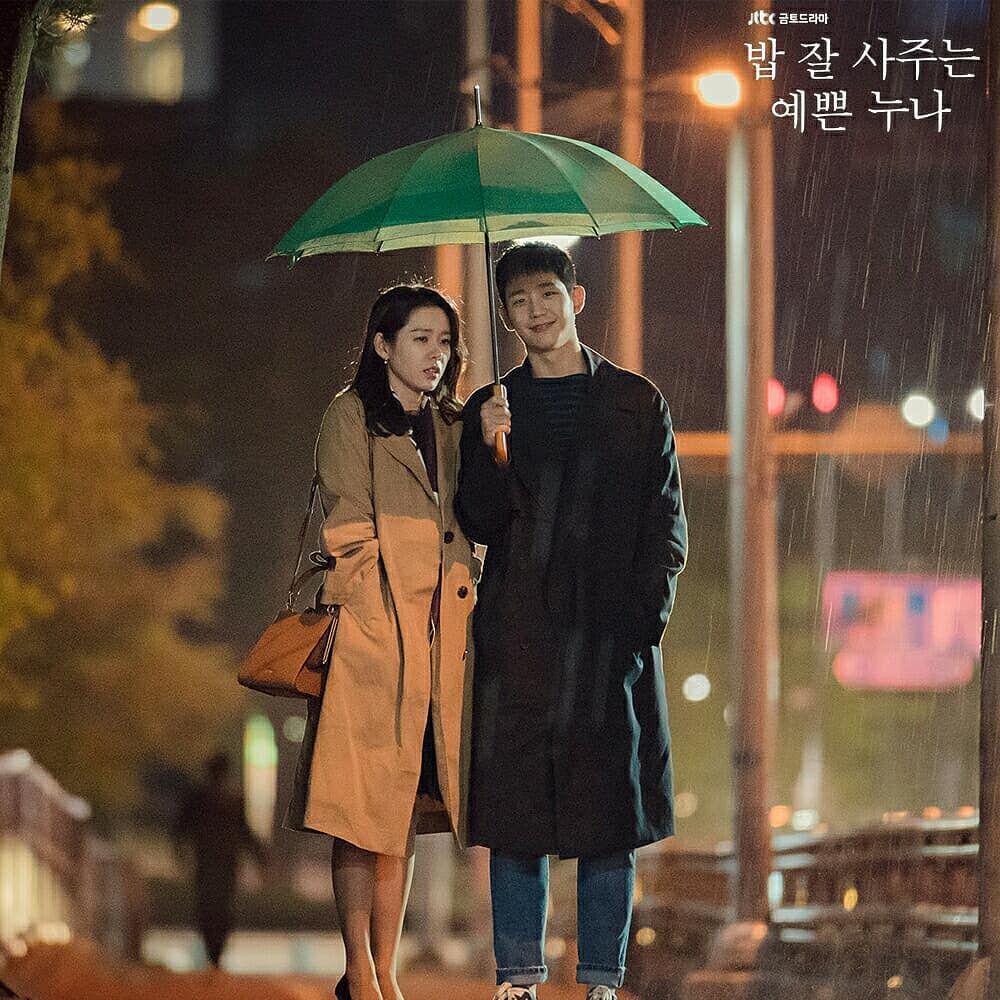 Something in the Rain is about a woman in her mid-30s, Jin-ah, who lives with her parents and manages a coffee franchise. She has a terrible boyfriend, who is both boring and abusive. She comes in contact with her best friend’s little brother, Jun-hi, who is now in his 20s. They end up working in the same building and forming a close friendship, which buds into a relationship. This is an against-the-odds love story, with their age difference and the fact they knew each other through childhood. How will they tell their friends and family? This premise was one I absolutely adored and it had so much promise. Warning: spoilers ahead!

Something in the Rain started so well. I’ve never seen a show portray new love this accurately and detailed. The little expressions as you stare over at your crush. The rush of excitement when you receive a text message. The butterflies were tangible from these characters. It was incredible to watch and I found myself happy crying at their new love. I would rewatch the first five episodes just for that fantastic portrayal. But it all goes downhill from there.

And the problem is, it’s not the usual K-drama downhill. Obstacles were bound to come up; that’s what makes a good drama. This was an abyss of crushed hopes and inflamed hatred for the character of Jin-ah. This woman’s choices were infuriating and made me want Jun-hi to dump her ASAP. She didn’t seem to care about his feelings and defied the boundaries that Jun-hi explicitly stated. She was selfish and prideful and would manipulate Jun-hi when he called her out. This made me want to scrap the show because it was incredibly frustrating. She didn’t deserve this man in the slightest. Jun-hi was the only saving value in this show, but I hated watching him get trashed on by the woman he loved. To be honest, I also ended up fast-forwarding through a lot of the second half of the show. Plot: 4/10

The setting didn’t promote any feeling of excitement, and perhaps that was the point. This drama was meant to be in an everyday setting. You have the offices, the coffee shop, and their homes. However, I didn’t feel connected to any certain space. Other dramas have been set in the everyday and have still managed to pull this off well. An example would be Because This is My First Life or Itaewon Class. I didn’t hate the environment to the point where I felt it ruined the show. It was just “meh” overall. Setting: 4/10 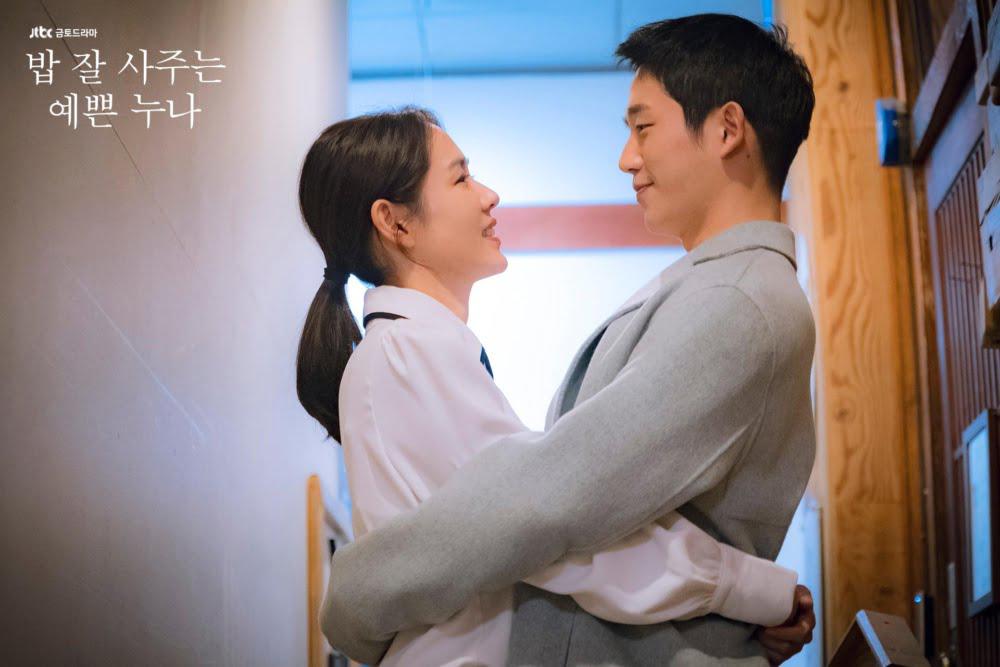 Jun-hi was an incredible character, despite his flaw of being Jin-ah’s walking mat. I wish he stood up for himself sooner. He excused so many of her poor behaviors. Not that he wouldn’t speak up about them every now and again, but she had no consequence from him for her errors. It took him to the last few episodes to finally draw the line in the sand. Jun-hi was selfless to a fault. He always put her above himself. He’s funny and sweet and brave. Who wouldn’t love him? Characters: 5/10

Jin-ah’s character on the other hand only plummeted. She started sweet and so incredibly relatable. She needed to be broken out of her insecurity and Jun-hi helped that. Unfortunately, Jin-ah swung the pendulum in the opposite direction. She made one selfish choice after another, not looking out for anyone else’s interests—including her best friend and Jun-hi. Her pride, trusting herself above all else, made me dislike her in the highest degree by the end of the show because of how she treated the characters I grew to love.

Age is just a number. I loved this theme because it really is true. It’s a bit taboo to have a large age difference between couples and it comes with its challenges. However, with the right mindset, anything is possible. I think some of this show displayed how not to go about this (i.e. don’t hide it from your BFF and don’t treat the younger person in the relationship like a less mature individual). Yet it did display that Jun-hi’s maturity outgrew Jin-ha. Don’t judge someone just on a number! Theme: 7/10

This OST included almost all English tracks. The track “Stand by Your Man” by Carla Bruni was a bop! I sang along to it every time it came on. Another one that was often played in this drama was “Save The Last Dance for Me” by The Cats. A rendition of “I’ll Stand by You” by Jake Wesley Rogers was also a highlight. Besides that, nothing stood out. OST: 5/10 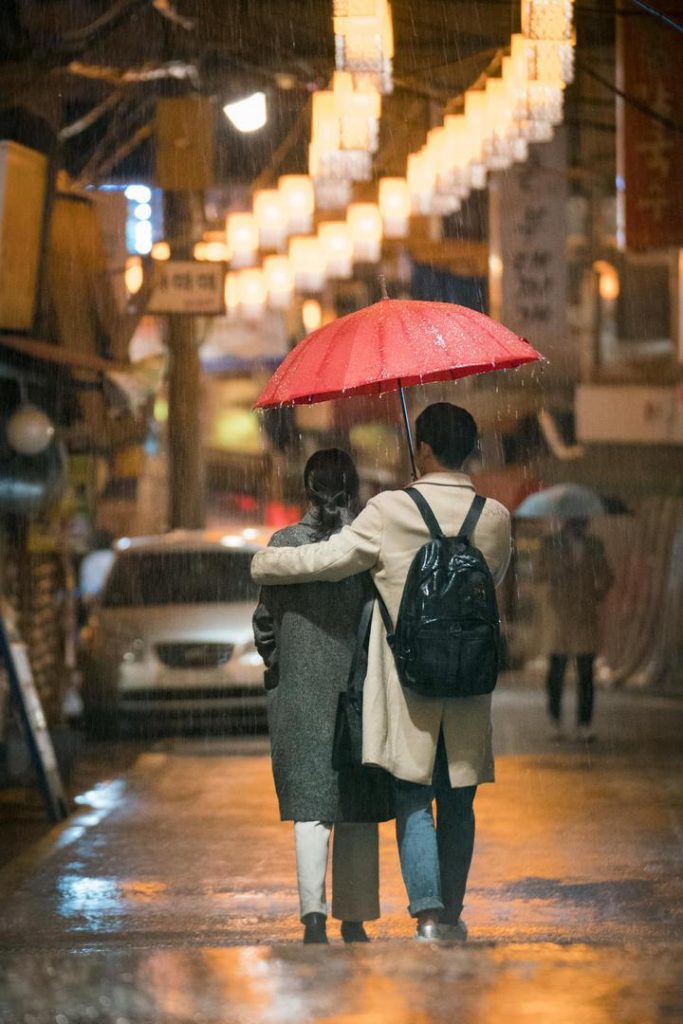 This show took me through the wringer. So many emotional lows and a few highs from the beginning. It is a drama I would re-watch the first few episodes of and turn it off before it’s ruined. I would recommend it to a friend who has already watched the better ones out there and needs a bit of a twist. I still watched Something in the Rain to the end but did so painfully. There are better romances out there, but few first episodes that are so good in displaying new love. Watch the first five or so episodes and then stop—that’s my advice! FINAL: 5/10

18 responses to “Why Something in The Rain Was So Disappointing”