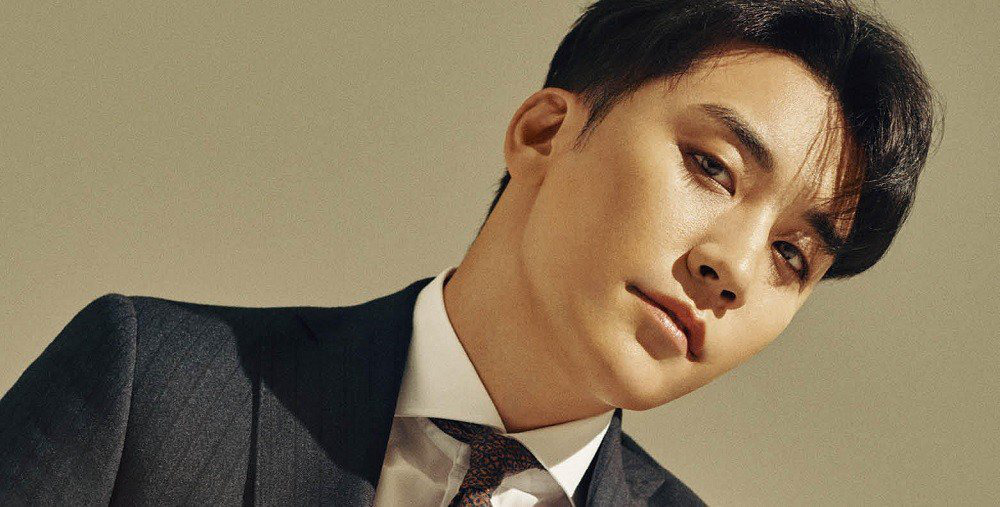 Hello. This is Seungri.

I first want to bow my head and sincerely apologize to everyone who felt uncomfortable or was worried due to the recent incident and controversy related to me. Because of this incident, the last few days have been like an unbearable nightmare, and I was flustered as to where and how I should begin talking about this.

I am sorry for my delayed official statement and apology. I was dissuaded by people around me that a hasty explanation may cause bigger misunderstandings during a time when uncertain information was already snowballing.

I was not at the scene when the assault incident that started this controversy occurred. I first learned about the incident a few days later through a staff member and only initially heard that there was assault on both sides between a customer and an employee, and that it was under police investigation. Due to the nature of the place of business, disputes and fights occur often, so I hoped that this would also be resolved peacefully without a big problem.

Later on, I saw the clip of the incident for the first time through the media, and I was also very shocked. Violence cannot be justified under any circumstance, and I sincerely apologize to the victim who was injured due to this incident. I hope that your mental and physical injuries will heal as soon as possible.

I first became involved with the club when BIGBANG briefly halted promotions and I began solo promotions. Using the time outside of my solo promotions, I began with the innocent mindset of wanting to try working as a DJ, which is something I had wanted to do, at a place where I could freely play music at any time.

Just in time, I got a good opportunity to become the executive director in charge of promotions at a club. Since I’m a celebrity, I was charged with publicly promoting the club.

Operating and managing the club were not my roles, and I am reflecting and deeply apologize for not showing myself taking responsibility from the beginning of the incident, as I was not involved in these roles from the start.

The issue that began with an assault case is now being covered with reports about drugs. I have not seen or heard anything related to this, so I’ll actively cooperate with investigations and hope that strict punishment will be carried out if a crime is revealed through the investigation. I’ll also take full responsibility if there is something,  I need to be responsible for as an executive director at the time.

In addition to Seungri’s official statement, Seungri’s father and sister also reached out to the public with statements of their own.

In his statement, Seungri’s father further reiterated that Seungri did not own club.

“Seungri does not operate the club. It’s disappointing that people want to blame Seungri because he’s a celebrity. Watch [the events unfold] is very painful,” Seungri’s father said. “Seungri has resigned from his directorial position at ‘Burning Sun’. He is currently in the process of resigning from his positions such as Aori Ramen because he must enlist in the military.” 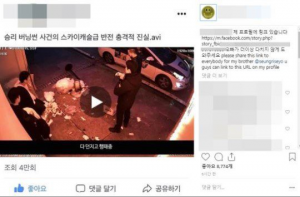 Meanwhile, a social media account that’s supposedly attached to Seungri’s sister, Lee Hanna, shared new images from Club Burning Sun that allegedly show that whistleblower and alleged victim, Kim Sang-kyo, may not be as innocent as he paints himself.

In the post the allegedly belongs to Lee, it states, “Please share this link to everybody for my brother. U guys can link to this URL on my profile… It is absolutely not true that Mr. Kim received a beating for trying to save a woman from sexual harassment. Mr. Kim was in fact arrested for approaching two females with harassing motives.”

The female victim from the Club Burning Sun controversy came forward with another statement the same day Seungri released his statement. In her statement, she claims that Kim Sang-kyo is “fooling the nation” and that he is not the victim he claims.

“Mr. Kim is fooling the nation,” she said. She continued by stating Kim was actually the instigator when he “tapped on her waist and hip, then kept looking at her from behind.” The victim stated she tried to leave, but Kim prevented her from doing so by grabbing her waist. She then states security tried to take him away.

In connection to Kim’s claims, the female victim said, “Mr. Kim is causing so much damage to so many people.”

This story is constantly developing. All parties are assumed innocent until proven guilty in the court of law. As for Seungri, he’s been dragged into this mess because his name has been attached to the club. He is not a suspect in any of the alleged crimes.