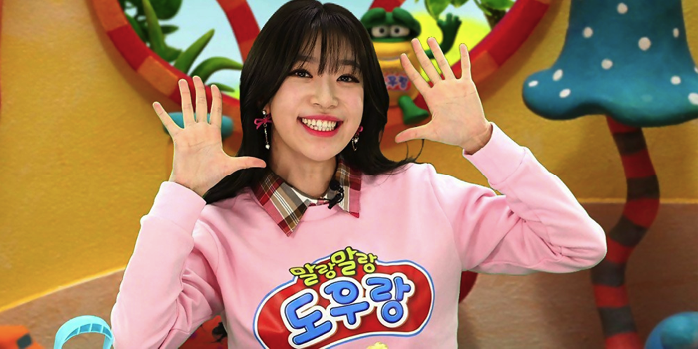 On September 24, 2019, Sonamoo’s Sumin shared an Instagram post addressing why she and fellow Sonamoo member Nahyun filed a suit against TS Entertainment for contract termination.

Sumin shared the following in her message:

Hello, this is Sumin.

First of all, I’m incredibly sorry to greet you all with this issue. However, after seeing articles circulating the Internet, I’m writing this post because I feel so frustrated.

After continuously receiving payments as a group this entire time, we decided to receive individual payments starting from 2019. A few years after signing our contracts, there was a formal settlement procedure in which no proof of settlement was provided, except for a confirmation of the settlement statement that was typed up by the company, but we never received any payments. Because of this, Nahyun and I wanted to look at the settlement data clearly from the beginning and share it with the members. So, I asked the company to show me the data that could serve as evidence for the settlements, but after waiting for 30 days, the company gave me only a small portion of the settlement data.

After reviewing that small portion of the settlement data provided by the company, we found that a substantial amount of evidence was missing, so we sent the company a certification of contents in order to request a confirmation of this. As soon as the settlement data was confirmed through the certification of contents, we said that we would continue to work hard as SONAMOO.

But the company didn’t show the settlement data we requested, and they seemed to talk badly about us to the other SONAMOO members, saying that because we had sent a certification of contents without properly discussing the matter with them, it was a shame. I heard through an acquaintance that the company told the other members not to contact the two of us. At the time, Nahyun and I believed the company would send us the settlement data, so we had decided to go back and explain it to [the other members] later.

Furthermore, I exchanged text messages with my manager even after sending the certification of contents, and I continued to keep in touch with the company’s current CEO even until the day before we submitted the complaint.

We also expressed our willingness to participate in the Makestar project for the fans who had been waiting, but the company did not respond.

What’s more, we were faced with the threat of our power going out and the water getting shut off, and we were eventually kicked out of the dorms, so our situation isn’t too different from those who are currently in dispute with the company. I’ll talk about the rest in court and cut back on my writing.

We tried really hard to smooth things over until the end, but the trust was completely broken, so we ended up taking legal action. I had a lot of concerns about the lawsuit, and I’m still scared. In addition, I want to sincerely apologize to fans for causing worry and being unable to join everyone else as a member of SONAMOO due to this decision I made under difficult circumstances.

I hope there will be no more unfair treatment with the excuse of “mutual trust.” Thank you so much for reading this long post.

In addition to Sumin and Nahyun, TS Entertainment is also involved in legal disputes with Sleepy and Secret’s Jieun and Hyoseong. They also had a lawsuit against them in 2014 when B.A.P filed for contract termination.

With each suit, TS Entertainment maintains it’s the artists that are the issue.