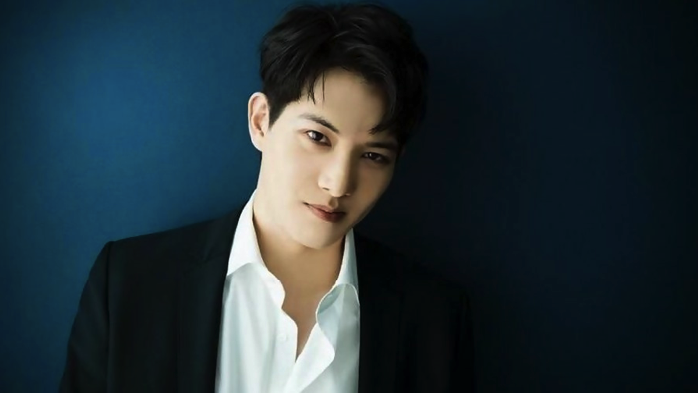 Being wrapped up in Jung Joon Young’s KakaoTalk controversy wasn’t enough for CNBLUE’s Jonghyun to leave the group, but apparently being caught sliding into someone’s DMs was convinced the embattled lead singer and guitarist to depart the group.

Earlier in 2019, Lee Jonghyun admitted to receiving and viewing lewd images and videos via a secret KakaoTalk messaging group tied to former singer Jung and other celebrities. At the time, Jonghyun elected to not leave the group but instead stated he would reflect on his actions.

“He is reflecting and is [aware] he deserves criticism as he watched the videos via KakaoTalk, had inappropriate sexual conversations, and inappropriate conversations degrading women as reported,” FNC Entertainment said at the time. “Feeling embarrassed and horrible, Lee Jong Hyun accepts the criticism of the public regarding his wrong sexual morality and values and is deeply regretful and criticizing himself. He will be careful about all of his words and actions as a public figure, and he will reflect and accept the consequences of his wrongdoings.” 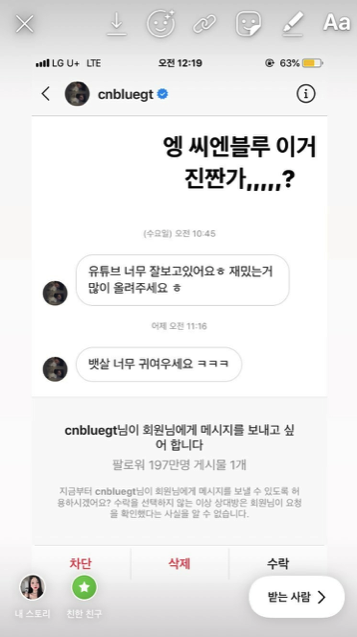 On August 28, 2019, YouTuber Park Min Jung posted messages she received from the singer-actor after he allegedly slid into her DMs. As shown in the now-deleted screenshots of the DMs, Jonghyun, who is currently serving his mandatory military assignment, used his official CNBLUE account to contact Park, who said she initially ignored the message. However, when she received another message, she felt uncomfortable.

Hello, this is Park Min Jung. I’m sorry about how there has been much controversy because of the [Instagram] story I uploaded last night. Firstly, I received the first direct message from CNBLUE’s Lee Jong Hyun around last week, and as I was aware that he was self-reflecting, I just ignored it. When I received the next direct message, to be honest I felt a bit uncomfortable. I also thought that he might message other women and something bad might happen, and I wanted to prevent that. Those reasons are why I uploaded the story, and I want to say that I’m very sorry to have revealed a private conversation. I have now removed the story and in the future, I will be careful not to act so rashly. I apologize.

Following Park’s release of the messages, Jonghyun released a statement stating he would depart CNBLUE.

Hello. This is Lee Jonghyun.

I once again apologize to the people I’ve hurt through my inappropriate words and actions and to all the people that I’ve greatly disappointed.

Also, although it’s late, I am informing you that I’m withdrawing from CNBLUE. I feel sorry that I have caused harm for the members, and I have told the members as well that I am withdrawing. I am ashamed to have disappointed the fans who believed in me.

Since all of us including me are currently doing our military service, it took a while to convey opinions and announce this. I feel sorry and grateful to our company who waited.

I feel great regret over my wrong-doing and I am willing to accept criticism from many people. I’m sorry for evoking criticism over a shameful matter.

What do you think of the situation?