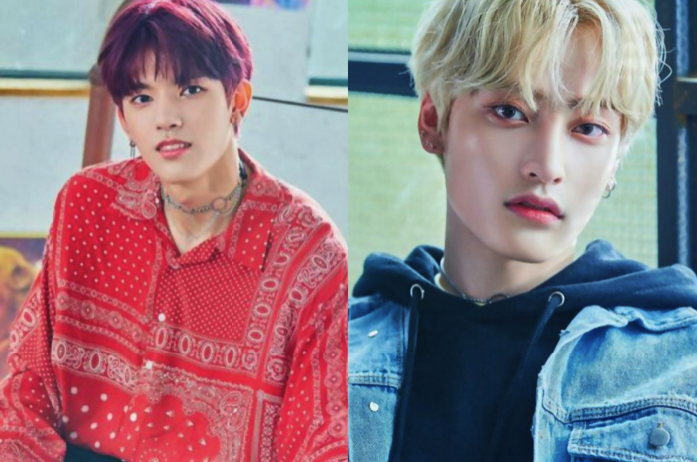 TS Entertainment faces more allegations of wrongdoing now that TRCNG’s Taeseon and Wooyeop have announced they’ve filed a lawsuit against the company for abuse.

On November 18, 2019, Taeseon and Wooyeop, through their lawyer, Jung Ji Suk, announced their lawsuit plans along with the allegations against TS Entertainment. Jung, who is part of the Namkang Law & IP Firm, said in a statement:

TS Entertainment boy group TRCNG’s members Jo Wooyeop and Yang Taeseon sent a certification of contents to the agency on November 4, 2019 to notify the termination of their exclusive contracts, and they filed criminal complaints to the Seoul Metropolitan Police Agency against two individuals including Director Park Sang Hyun for charges including habitual child abuse and injury resulting from violence on November 12, 2019.

The reasons for the termination of their contracts include (1) Long-time absence of a CEO and the agency’s loss of management abilities due to legal disputes with its celebrities and (2) Director Park Sang Hyun’s habitual child abuse to the members who are minors and choreography director Yoon causing injury due to violence to Jo Wooyeop.

Among the complaints, Wooyeop and Taeseon cite that a lack of CEO since the April 2018 passing of CEO Kim Tae Song has been a standing issue with the company. They also state there are long-standing issues with lacking power and water in their dorms. Their claims align with former TS Entertainment rapper Sleepy’s allegations brought up in his lawsuit earlier this year. The lawsuit also lodges a complaint regarding the length of time between single and album releases.

However, these complaints are minor compared to the child abuse allegations both parties state occurred while working with director Park Sang Hyun and choreography director Yoon.

According to Taeseon and Wooyeop, director Park forced TRCNG members to practice from 5pm to 5am daily, then they were expected to report to the company at 10am for vocal training and personal practice every day as well. Because of the schedules, the pair could not attend their respective schools, and even when they transferred schools to be closer to TS Entertainment, the pair fell behind in their educations and allege they are now two years behind their peers.

Both parties allege that director Park assaulted them under the guise of playing a game. According to Taeseon and Wooyeop, choreography director Yoon assaulted Wooyeop with a metal chair back in June. The now-former TRCNG members state that TS Entertainment did nothing to alleviate the situation including allowing Wooyeop to seek medical assistance, so he sought medical help on his own for the incident and took two weeks to recover. Purportedly, TS Entertainment tried to cover the incident by saying Wooyeop got sick drinking and hanging out with multiple women.

In another incident, Taeseon and Wooyeop state they had to seek medical assistance themselves after injuring themselves B-boying. They state the company did not help them.

In his case, Taeseon states that since he was a trainee, he has been scolded and hit often because he was the group’s leader. He states that his catalyst for leaving the company was watching the abuse Wooyeop went through.

In their own statement, TS Entertainment denied the claims and announced they would sue Wooyeop and Taeseon for defamation. TS also removed the duo from TRCNG.

This is an official statement regarding TRCNG.

We clearly state that what was claimed by TRCNG members Taeseon and Wooyeop through the news reports today is not true.

What they are claiming is only one-sided from Taeseon and Wooyeop, and the TRCNG members do not all agree with this.

In addition, Taeseon and Wooyeop’s actions are causing harm to TRCNG’s group activities, and we plan on taking legal action for the damage caused to our agency including defamation.

We thank everyone who shows interest for our agency and gives love and attention to our artists.

However, on November 19, 2019, Dispatch released evidence that refute TS Entertainment’s claims. Photos Dispatch shared* show some of TRCNG’s living conditions at their dorm including non-working toilets and floors with water damage. Dispatch also revealed the TRCNG members and members of their dance crew were tasked with selling Nike shoes online. The tabloid also has chat logs between the mothers of TRCNG members discussing the living conditions in the dorms.

TS Entertainment has yet to respond to Dispatch’s report as of this writing.

With Taeseon and Wooyeop’s lawsuit, TS Entertainment has been sued by almost all of their artists and even their own employees since 2014. This year, Untouchable’s Sleepy and Sonamoo’s Sumin and Nahyun filed suits against the company. SECRET’s Jieun and Hyoseong had separate suits in 2018 and 2019. In 2014, all six B.A.P members also filed a lawsuit.

With so many lawsuits,  it’s a wonder TS Entertainment stays afloat. The cases involving Taeseon and Wooyeop are stilling developing, so more details are expected to emerge.

*Images not shared due to copyright.