Korea’s Ministry of Education announced on January 14, 2019 that seven Korean celebrities will have their university degrees canceled due to preferential treatment.

In addition to the seven named celebrities, Dongshin University will be required to give additional severe penalties to one student, mild penalties to 9 students, and warnings to 6 students.

“The university gave grades and degrees according to school and department regulations, but we accept that there were loopholes for parts of the regulations. However, we will closely review measures to protect the graduates who received grades and degrees based on the above regulations so that they will not be harmed as much as possible. We will establish countermeasures including modification of regulations for more thorough academic operations in the future,” Dongshin University said in a statement. 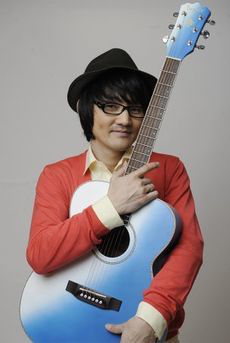 However, prior to 2015, regulations were not in place to manage student attendance. Dongshin University argued that internal regulations from the Department of Broadcasting Entertainment allowed its students to replace absences with their broadcast activities. However, the Ministry of Education denied the university’s argument by stating regulations were not stipulated at the time the singers were enrolled. As a result, student attendance for those counting broadcast activities cannot be acknowledged.

In Chu Ga Yeoul’s case, he was teaching an undergraduate course despite not having the credentials to do so, and he was teaching courses during the times he was allegedly supposed to be in class as a student.

According to Soompi, “It was confirmed that he could not attend class since the time he was supposed to attend lecture as a student overlapped with the time he acted as an adjunct professor.” His status as an instructor will also be nullified.

Regarding HIGHLIGHT members’ cases, this is not the first time claims of preferential treatment surfaced. In August 2018, SBS reported that Doojoon, Junhyung, Gikwang, and former BEAST member Hyunseung not only received preferential treatment with attendance, but with scholarships and graduation credits as well. At the time, HIGHLIGHT’s agency, Around Us Entertainment, denied the claims.

“As notified through the news, the former BEAST and current Highlight members Doojoon, Junhyung and Gikwang enrolled in Dongshin University at the same time in 2010. However, it is not true that they were enrolled illegally or that they did not attend school.”

“On August 12th, SBS’ news program ran a story revealing they(DJ,JH,HS and GK)may have also received a type of class attendance leniency that is only usually reserved for students working in civil service.”#하이라이트 #HIGHLIGHT
pic.twitter.com/W4V7IjyglN

Cube Entertainment also announced they were looking into the situation at the time of the initial claims.

“We are doing our best to confirm the facts in relation to BEAST. We have notified that it may take some time to make any confirmations as all the employees involved in the incident have left our company. We are doing our best to get a better understanding of the situation through the past employees who managed BEAST and will announce an official statement as soon as possible. Thank you,” Cube said through a statement back in August.

Busan Kyungsang University was also investigated for providing special treatment to idols and other celebrity attendees; degree cancelations have yet to be announced.

In addition to stripping degrees from the idols, the Ministry of Education also announced that professors will also face discipline and the universities’ financial support will be cut.

What do you think of this news and the Ministry of Education stripping the singers’ degrees?