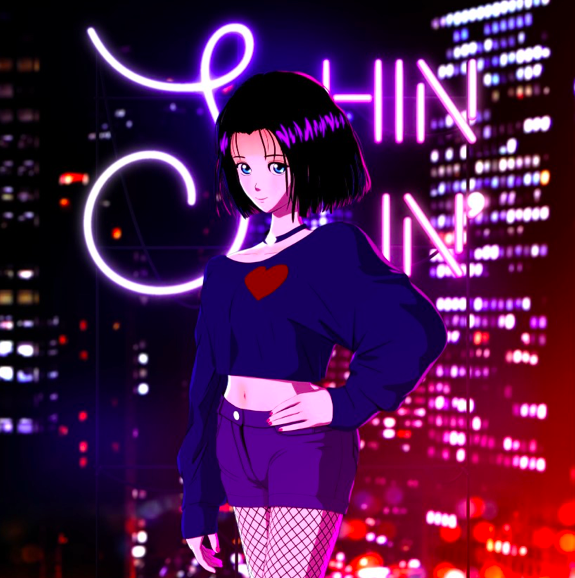 LOS ANGELES and TOKYO, November 15, 2021 — Shinichi Osawa, a world-renowned musician, composer, and producer best known under his stage name Mondo Grosso, and KLKTN, a curated platform connecting artists with fans, today unveiled “SMPLR,” an NFT audio stem player. The project is part of a series of collectible artworks combining music and visual art. The digital collectibles serve as a companion to the newly-released album “Mondo Grosso Official Best,” and are available for purchase at KLKTN.com.

The “SMPLR” NFT audio stem player was developed by KLKTN’s engineers as an interactive experience, which is reminiscent of the sample-based drum machines heavily used in the 1990s era of music production. The first track being released on KLKTN’s stem player is Mondo Grosso’s “Everything Needs Love feat. BoA.” Fans can deconstruct and reinterpret the song, gain a deeper understanding of its composition and arrangement, and experiment with its sounds in a collectible format.

In addition, each sound is paired with a special edition piece of visual art. Collecting all pieces completes the song and unlocks the full stem player experience, which was designed with a focus on ease of access, affordability, and seamlessness. The launch also collectible album artwork, as KLKTN brings the concept of liner notes back for a new generation of collectors, merging legacy and innovation.

The initiative allows fans to immerse themselves in Shinichi Osawa’s creative universe at a key moment for the prolific musician: Mondo Grosso’s 30th anniversary. Since his debut on the international acid jazz scene, Osawa has released six albums as Mondo Grosso, and has composed, arranged, performed, and produced hundreds of works under his eponymous solo project. His body of work spans jazz, R&B, new wave, electro house, and experimental music, as well as television and film scores.

“In celebration of Mondo Grosso’s 30th anniversary album, I wanted to create a new kind of experience for my fans, and KLKTN has been the perfect partner,” said Shinichi Osawa. “The experience starts with a best-of album that is forward-looking, featuring remixes, updates, edits, and remasters, and it continues with an entire world of sound and visuals that invite active interpretation and interaction.”

“We are proud to team up with Shinichi Osawa, a pioneering artist of incredible range, ambition, and impact, for the launch of KLKTN’s SMPLR player,” said Jeff Miyahara, chief creative officer of KLKTN. “This is a major milestone not only for our company but also for the industry at large: an opportunity to democratize music through NFTs, to unleash a new era in creativity and fandom, and to chart new possibilities for artists around the world.”

Most recently, KLKTN collaborated with global pop star Kimbra, a two-time GRAMMY Award-winning artist; Kevin Woo, a Korean-American singer-songwriter; and Miyavi, a Japanese rock guitarist, singer-songwriter, and producer. Media assets for KLKTN’s project with Shinichi Osawa are available for download here. New artworks will continue to be released in the coming weeks exclusively on KLKTN.

KLKTN is a curated NFT platform connecting artists with fans through special experiences. The platform allows fans to access special edition digital art and behind-the-scenes moments of artists’ creative process. In collaboration with top musicians and artists and powered by blockchain technology, KLKTN is taking artist-fan engagement and the best of music’s experiential culture into the digital world. Artworks are available as a limited supply of authenticated digital products or NFTs, for purchase via credit card, with a fixed cost per item. KLKTN’s co-founders are Jeff Miyahara, chief creative officer and a renowned record producer and songwriter who has produced over 260 international artists; Fabiano Soriani, chief technology officer and former lead blockchain engineer for Dapper Labs; and Daisuke Iwase, chief executive officer, Harvard Business School graduate, former World Economic Forum Young Global Leader, and a digital pioneer known for co-founding Lifenet, a disruptive fintech venture, which he took to IPO. Built on the Flow blockchain to achieve affordable and environmentally-sustainable minting, KLKTN leaves more for artists, fans, and the planet. For more information, go to KLKTN.com.
About Mondo Grosso

Mondo Grosso was formed in 1991 in Kyoto with Shinichi Osawa, a Japanese musician, serving as bassist and bandleader. It received extensive attention and toured Europe as a pioneering acid jazz project. In 1996, Mondo Grosso became a solo project and Osawa’s stage name. The project continued with Osawa collaborating with various guest vocalists and attracting a growing audience in the United States and around the world. Mondo Grosso’s previous album was released in 2017 and reached no. 1 on Japan’s iTunes album chart; the music video for its lead single, “Labyrinth,” has generated over 30 million views. Follow Mondo Grosso on Spotify, YouTube, and Instagram, and go to MondoGrosso.com for more information.