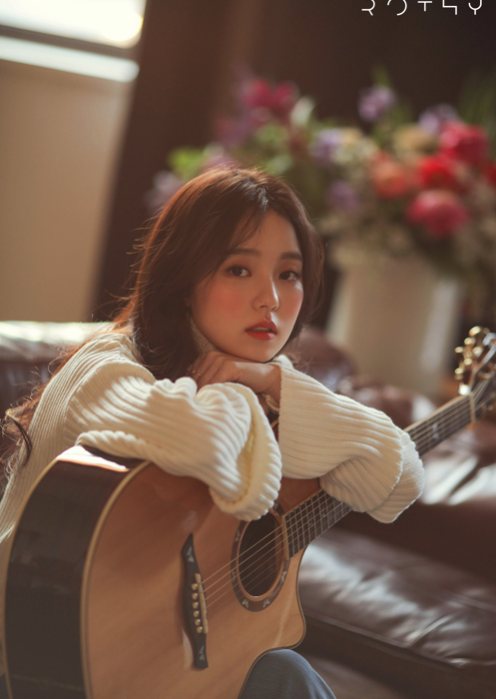 Rothy is an up-and-coming South Korean singer and musician, who is currently just 19 years of age. Not only is Rothy known for her angelic voice and obvious musical talent, she initially garnered much attention from the media for being the protégé of Korea’s legendary singer-songwriter Shin SeungHun.

Rothy’s debut single Stars, which is a dreamy ballad infused with hip-hop, was released in November of 2017; fully showcasing her vocal ability and raw talent in music. She went on to feature in various soundtracks for Korean drama series, including What’s Wrong with Secretary Kim?, The Beauty Inside and Jugglers.

We would like to express “a big thank you” to Rothy for this interview, and wish her all the best in everything she does in her career. And as always, we hope our readers would enjoy the interview enough to check out more about the featured artist.

Thank you so much for taking time out for a KCrush Interview. Please introduce yourselves to our readers.

Hello, everyone ~ My name is Rothy. I am a singer and musician. ^^

Have you always wanted to be a singer/musician? What did you dream of becoming when you were younger?

Before I joined the company, it was a dream of mine to become an idol singer. But since meeting our CEO, I began to fulfill my dreams as a musician as well.

What do you think has changed the most for you, since debut?

Since I’ve been a trainee for 4 years, I developed a deeper sense of responsibility. I’m ever so grateful each time I hear so many people say that they’ve been touched through my songs and voice.

What is the first thing you do when you get up in the morning?

These days, I get up quite early and watch videos on Youtube or an American drama series while having a cup of coffee, which kind of helps me to relax.

Tell us what kind of songs, original soundtracks or albums you enjoy listening to these days?

I tend to get sentimental during certain seasons, so I listen to a lot of ballads in the winter. Since it’s the spring currently, I listen to a lot of fresh and upbeat music that goes well with this time of the year. I want to recommend Morning Glory by Kehlani for you to listen to.

Who would be your role model and why?

Like many others artists, my role model is IU sunbaenim! I would love to become a top artist like her, but I also want to become a solo female artist who can proudly follow in her footsteps.

What kind of food or beverages do you like or dislike?

I absolutely love Korean blood sausage soup and chicken feet. I really don’t have any food that I don’t eat but if I had to name one food in particular, it’d be cucumbers.

Do you have a particular color or shade you like or dislike? How would you describe your everyday fashion?

I like all types of blue and even though I do not dislike purple, the color doesn’t suit me very well, in my opinion. I usually like to wear simple black and white baggy clothing a lot, and I have great interest in hats.

Tell us more about your hobbies, interests and what you like to do during your free time.

I don’t really have a set hobby right now, so I am still working on discovering one for myself. I like window shopping for clothes and watching American drama series. 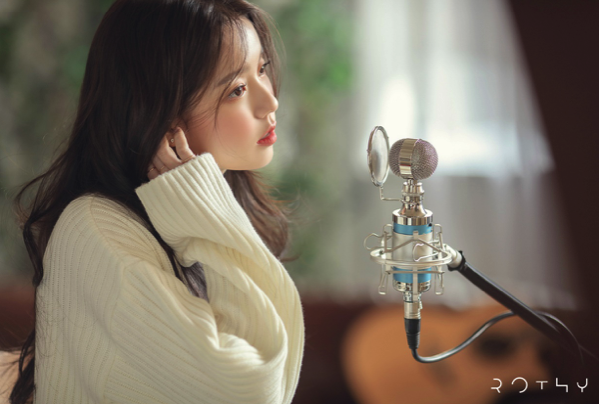 What do you do for leisure and how do you relieve stress?

Like I’ve mentioned, I get up early even when I’m tired and start watching Youtube or some kind of American dramas series. I think that is my way of relieving and releasing stress.

Recommend us any books, musicals or movies you’ve enjoyed recently.

I enjoy reading books that can enhance one’s self esteem, so I want to recommend “I decided to live as myself – 나는 나로 살기로 했다” to you. I’ve read the book many times, but it has the ability to encourage and inspire the reader whenever they needed to be comforted.

Who do you wish to do a collaboration with in the future?

Which country or venue would most likely to perform at?

It would be an honor for me to visit any countries in the world to perform – But I’d really love to visit the States especially.

Tell us about your plans and wishes for the future and add something for the fans too.

I do have a goal to become a successful in what I do, but my primary goal is to work earnestly to let my voice known to many people, so they could receive some kind of healing through my songs. Although, all this might indicate success in a way. And to all the fans out there, please keep me in your thoughts since I’ve just begun!!

I hope you all get to do what you hope for in life. Let’s keep this up! ^^