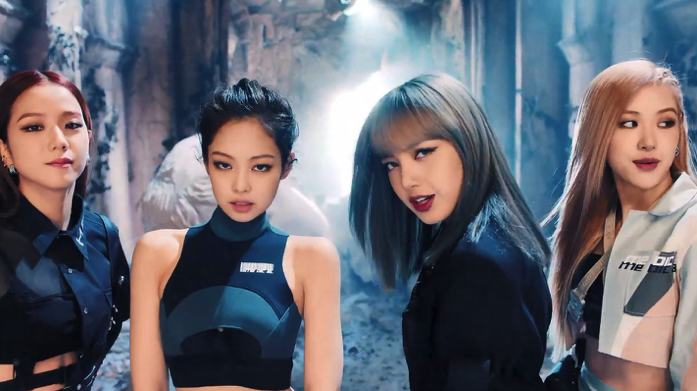 On April 4, 2019, BLACKPINK made their much-anticipated comeback with “Kill This Love.” The single also includes three new B-sides: “Hope Not,” “Don’t Know What to Do,” and “Kick It.”

While “Kill This Love” has racked up several honors including over 50 million YouTube views in under 24 hours (a new record and a first for any music group) and several number ones on global music charts, the track isn’t one BLINKS or K-POP fans earned or deserved.

BLACKPINK are about to embark on their In Your Area tour. With this, they’ve already laid down the groundwork for a potentially successful dabbling in the Western market thanks to their appearances on Good Morning America and The Late Show as well as an invitation to Coachella. BLACKPINK have the potential to be global giants on the music scene, but “Kill This Love” fails to show any growth and potential.

On the Kill This Love single album, the three B-sides are far better than the lead single, so it leads to the question of why “Kill This Love” was the selected track.

The answer is easy: It’s a money-maker.

“Kill This Love” has everything that undoubtedly make it successful: Repetition, a relatable theme, lyrics that aren’t too complex, and a lot of bass. Essentially, it’s a song that’s a club banger and one that will hype a crowd during a live performance. For their upcoming concerts and Coachella appearance, this track will perform well, especially during the simplistic chorus that allows for people to yell. Beyond this, however, “Kill This Love” is weak and is, perhaps, the weakest track in BLACKPINK’s discography.

The single is noisy, vapid, and poorly-conceived. To anyone who isn’t lying to themselves about the quality of the track, it’s easy to tell the composition and arrangement is rushed and unrefined. The vocals are screechy and unappealing as well, making the song hard to listen to more than once. While the chorus attempts to be a rallying cry, it fails due to poorly-used notions similar to prior BLACKPINK anthem tracks like “Ddu-du Ddu-du” and “Boombayah.”

How the vocals managed to be okayed is one of the most questionable K-Pop moments of the year so far. Rosé, Jennie, and Jisoo sound unfortunately bad, and one could only hope that the screeching was added post-recording because their poor vocal cords cannot feel good after performing this track. The scratchiness and pitchiness are, perhaps, supposed to be “edgy” and “cool” to fit in the with the bad-girl persona “Kill This Love” attempts to have, but it comes across as tone-deaf, second-rate, and not much better than the high school female band pretending to make it big someday. Why YG Entertainment and its arrangers, composers, and vocal coaches insist on trying to wreck these girls’ vocals is beyond me, and someone needs to stop this from happening before these girls have to sit out due to vocal cord damage.

The arrangement of this song is a disaster. It’s one-note, flat, and attempts to feed off “Ddu-du Ddu-du.” In fact, shades of “Ddu-du Ddu-Du” can be heard in the chorus. The drumline, which adds some depth to the song but not a lot, could have been a nice touch if it didn’t stay in the same note-range throughout the song. Unfortunately, yet simultaneously gratefully, it drowns out the vocals at some points.

The lyrics also lack depth. “Kill This Love” could have been a lot more than it is, especially since it is a song that could have been a rallying cry for getting out of a bad relationship and finding inner strength. But the cringy English moments and short, sharp verses lack cohesion, so there is an issue with connecting with an audience. Of course, who needs solid lyrics when the noise is enough to sell the track?

After the 1:30 mark to about 2:37, the song does have some strong moments. There is some cohesion here even though the English lyrics could have been stronger, but there are signs that indicate the song could have—and should have—been better than what it is. But, having a good third of a song doesn’t bode well when two-thirds of it is questionable at best. 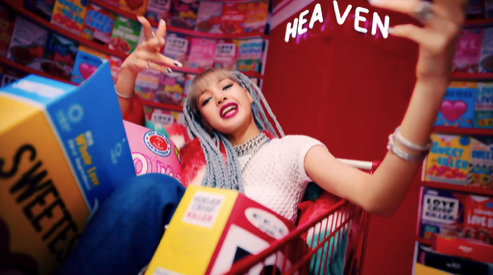 The song’s saving grace is the MV. The MV screams typical YG-level production with the glitzy sets, poppy colors, and Hip-Hop fashion. With the latter, there are the questionable moments involving Lisa’s hair which already have some fans calling stylists out for “cultural appropriation.” However, the set makes the MV enjoyable to watch even though the video itself is not much different from what we’ve seen from BLACKPINK already. We’ve seen the shiny objects, the high-end outfits, and the quirky solo shots, so while it is a glamorous MV, it really doesn’t stand out in BLACKPINK MV catalog. It does, however, provide a level of fierceness to a song that tried to be so as well.

For those who think this is a BLACKPINK bash-fest, it’s not. BLACKPINK are victims to a company’s inability to allow them to grow and show off what they could be. As is it typically goes in a market that is trying to milk current global attention, BLACKPINK’s skills and talents are squandered due to the need to make the almighty dollar (or in YG’s case, the almighty won). BLACKPINK is not the problem here: The company that markets them is. Throw in how shallow club-beats and hollow lyrics sell these days, they are at the mercy of the market and fans that purchase a good time instead of a timeless, meaningful track.

The whole comeback feels rushed and not planned well even though BLACKPINK and YG have been hinting at this release for months. However, given the current issues surrounding YG with allegations of document shredding to hide evidence, falling stocks, controversies with its groups (and now former-members), along with many other issues that have cropped up recently, there is a feeling that BLACKPINK was thrown to the wolves to save YG Entertainment even though this likely isn’t the case. Timing is everything as the cliché goes.

BLACKPINK and their fans deserved better than “Kill This Love” because, while the song is performing well, it is, essentially, a forgettable, throwaway song that lacks depth. For a girl group that is opening doors for the next generation of K-Pop and helping to spread K-Pop further into the West, “Kill This Love” doesn’t show the best that BLACKPINK—and K-Pop—have to offer.