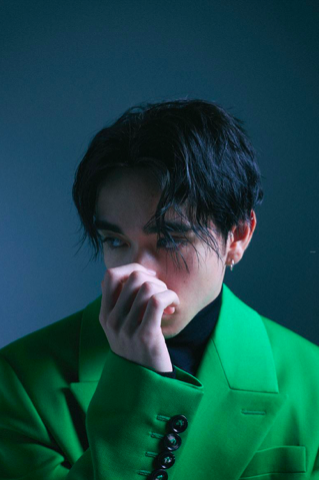 INTERSECTION member Kaz has released a music video for ‘Summer is Over’, the closing track on his debut solo EP ‘CODE LOVE’, which was released in September.

Kaz – ‘Summer is Over’ music video:

This gospel-inflected ballad features guest vocalist Mai Anna, Kaz’s schoolmate at Harvard University. The song was produced by the two artists together, and is about a passionate relationship that blossoms in the mournful final days of summer.

Kaz commented, “The song has a gentle melody that evokes the end of summer, with a warmth and touch that feels like touching someone’s skin.”

The music video features a full-length animation created by Mirai Mizue, who has made videos for numerous artists and is renowned for creating abstract and organic animation works called “cell animation”, a play on “cel animation”. The video is attracting attention online thanks to Mizue’s original interpretation of the themes of ‘Paradise Lost’, playing with abstraction, metamorphosis and trippy psychedelia. 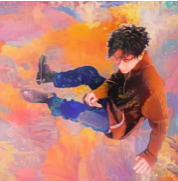 Kazuma Mitchell is a member of the Japanese-American boy group INTERSECTION. Though he was born in New York, Kaz returned to Japan at the age of 8. He has appeared on AbemaTV’s ‘Who is the Wolf?’, which became a social phenomenon, especially among high-school students, and broke the series record with 23 million views. In February 2021, he appeared on the Chinese version of ‘Produce Camp 2021 (CHUANG 2021),’ a hugely popular audition show that has been broadcast in China (and throughout Asia) with a total of 5 billion views, which broadened his fanbase specifically in China to more than 1.85 million followers on social-media platform Weibo.

Aside from his music career, Kaz is currently a student at the prestigious Harvard University, and is an up-and-coming model. He was an exclusive model for ‘MEN’S NON-NO’, and appeared as a runway model during Paris Fashion Week in 2020.