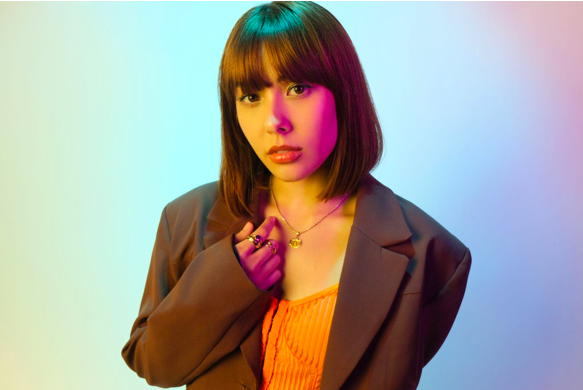 AKINA, member of Japanese Girl Group FAKY, has released a new single “FUTURE”. She is a Half American and half Japanese singer-songwriter who stands out in the J-POP world because she has cultivated a unique musical sense that touches various cultures due to her experience moving around the world ever since her childhood. Her singing voice, which is both delicate and powerful was highly praised and her cover of “Amazing Grace” was also used as a special song for the movie “A Morning of Farewell” starring Sayuri Yoshinaga. As a newcomer, she has achieved an exceptional achievement.

AKINA is attracting attention in the alternative scene as a singer-songwriter while working globally as FAKY at the same time and today the song “FUTURE” produced by Kai Takahashi, who is a member of LUCKY TAPES and has worked on iri and Taichi Mukai has been released.

This work is AKINA’s first all-Japanese lyrics, and her sweet singing voice and the chill sound created by Kai Takahashi match perfectly that makes the listeners feel more positive.

「FUTURE means to me self-reflection and freedom. With all the time spent at home the past couple of years, it’s caused me to feel like I’ve lost purpose at times. But those dark times are necessary for a change and I think this song shows that it’s okay to struggle as long as you try to find your way back again!.」 – Akina

「This is an ambitious all Japanese lyric song that I made for Akina who was born in California. I wrote it in the midst of the early days of Corona just a year ago and her husky and powerful singing voice matched the positive lyrics. The moment I heard her singing voice I felt that the scale of this song just got bigger. I think it will be difficult for her to balance her group and solo activities but I am looking forward to the success of both AKINA as a member of FAKY and as a solo artist!」
– Kai Takahashi

Also, on 6th October, following kiki vivi lily and PEARL CENTER’s MATTON / inui, she was selected to be featured in the new song of the two-member band The Burning Deadwoods by a track maker from Tokyo. And on 15th October, On the 15th, the single “Stupid, Careless, Dumb” which she wrote and composed by herself made a big hit on Spotify’s major playlist.

Furthermore, along with this release, it was revealed that a live stream will be held on Twitch on 28th October from 10 AM ET / 11 PM JST with the major music culture media “Rolling Stone” that has been published in the United States for more than 50 years. Many up-and-coming singer-songwriters from Europe and the United States, such as “girl in red” and “mxmtoon”, have appeared live on “Rolling Stone on Twitch” and AKINA is the first Japanese female artist to be featured on it which is an achievement. With her global recognition that has been growing lately, hopefully her talent can continue to receive more attention in the future.

“FUTURE” will be distributed on each streaming service, and the music video will be released on FAKY’s YouTube channel. 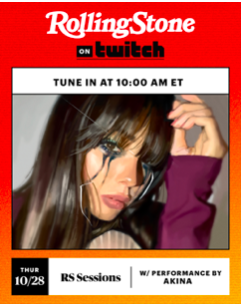