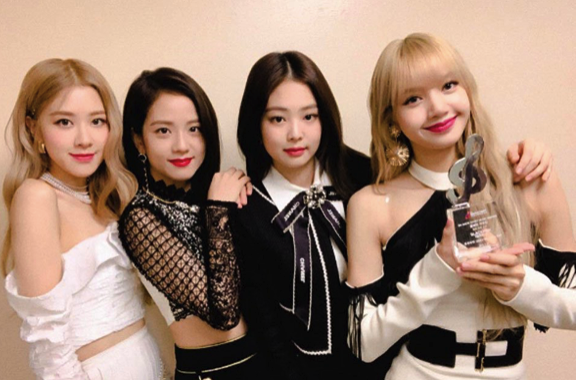 BLACKPINK’s North American leg of their BLACKPINK 2019 World Tour in Your Area has been announced!

On February 12, 2019, Powerhouse and Goldenvoice announced they are bringing BLACKPINK to North America in an email sent to Powerhouse subscribers. In the email, it was announced that automaker Kia are sponsors for the tour set to start April 17 in Los Angeles.

The announcement comes on the heels of a week of exciting announcements for U.S. BLINKS (BLACKPINK fans). On February 12, the YG Entertainment girl group appeared on Good Morning America. The group also appeared on The Late Show with Stephen Colbert (their American TV debut) February 11 and Strahan and Sara February 15. Of course, the biggest news was their Coachella appearance announcement that earned them a historic spot as the first female K-Pop group to perform at the event in April.

Now with the tour officially announced, BLINKs have six chances to catch BLACKPINK in concert. If you’re near the following locations, BLACKPINK’s “in your area” soon!

Ticket prices, tiers, or VIP package information have not been released yet but will be forthcoming on Powerhouse Live’s Facebook page and website. 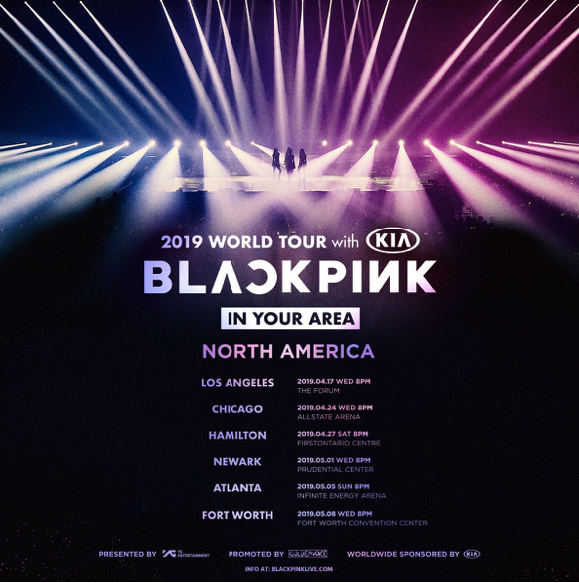