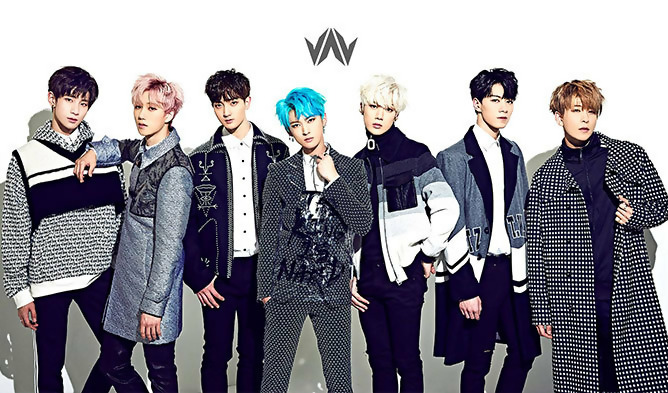 Another K-Pop group will be touring North America!

The A-TEAM Entertainment group recently made a comeback with their fourth mini album Thrilla Killa and lead single of the same name. So far, Thrilla Killa has been VAV’s most successful album to date, peaking at number 20 on the Gaon Music Chart.

This year’s tour includes a meet and greet and a performance. Be sure to check VAV out at the following locations! Tickets range in price from $69 for general admission to $199 for VVIP.

VAV debuted October 31, 2015 with “Under the Moonlight.” Since then, the seven-member group that consists of St. Van, Baron, ACE, Ayno, Jacob, Lou, and Ziu have released a total of 12 singles.

Will you be seeing VAV when they roll into town?