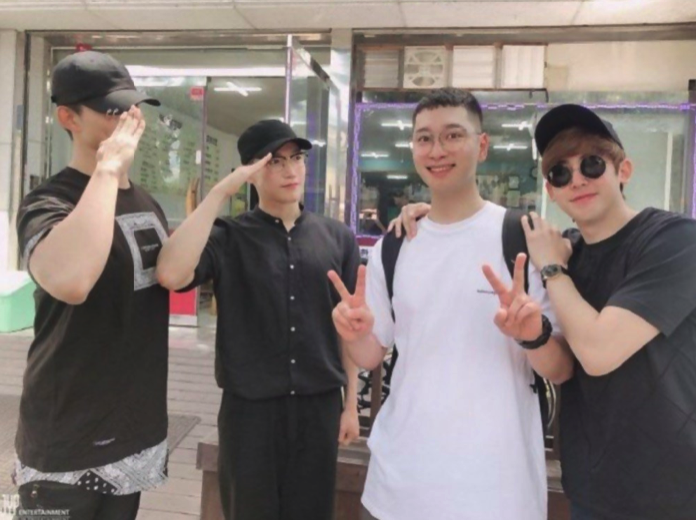 On June 11, 2019, 2PM’s Chansung entered the recruit base camp for the 5th Infantry Division at Yeoncheon of Gyeonggi Province. He is the last member to enlist; Junho enlisted in May. In late May, JYP and Chansung both confirmed his imminent service.

On his enlistment day, fellow 2PM members Jun.K, Taecyeon, and Nichkhun sent him off as shown on 2PM’s official Twitter account:

2PM’s eternal maknae Chansung was cheerful until the end! Come back safely! Hottest, let’s wait without crying! featuring all of the old boys who’ve gathered to send off the maknae.

Nichkhun also shared a message on his personal Instagram page that reads, “Maknae, return safely~~~ I can’t give you the energy of the military like the other members, but instead I’ll cheer you on~ Fighting!!!”

Chansung will be release from the military in January 2021. We hope he does well in the military!