The fashion game is a big thing. As a department of art, fashion has always been an industry that has seen many changes, influences and is the easiest one to show your creativity. From street fashion to high fashion, the world is obsessed about nice garments and accessories. With the rise of the social media platforms, now each and every piece of clothing is closer to you than ever. Following fashion trends, finding inspiration and creativity has never been easier. People want to be nicely dressed, depending on their budget of course. Every day there is some new blogger or IT girl who is taking over the fashion world and social media. The best and the most popular brands might come from Europe and the US, but the most fashionable girls in the past year are certainly the Asian ones. With their unique beauty and impeccable style, they have taken the fashion world by storm, and leave impressions like no other. Asia is a big market so there is enough space for everyone to leave their own mark. However, this 2018 is nearly at the end, and what is for certain is that all the world’s biggest fashion trends were definitely seen in Asia and the Asian girls were rocking them. Here is a list of the most popular fashion trends for this 2018 and how it was done big in Asia: 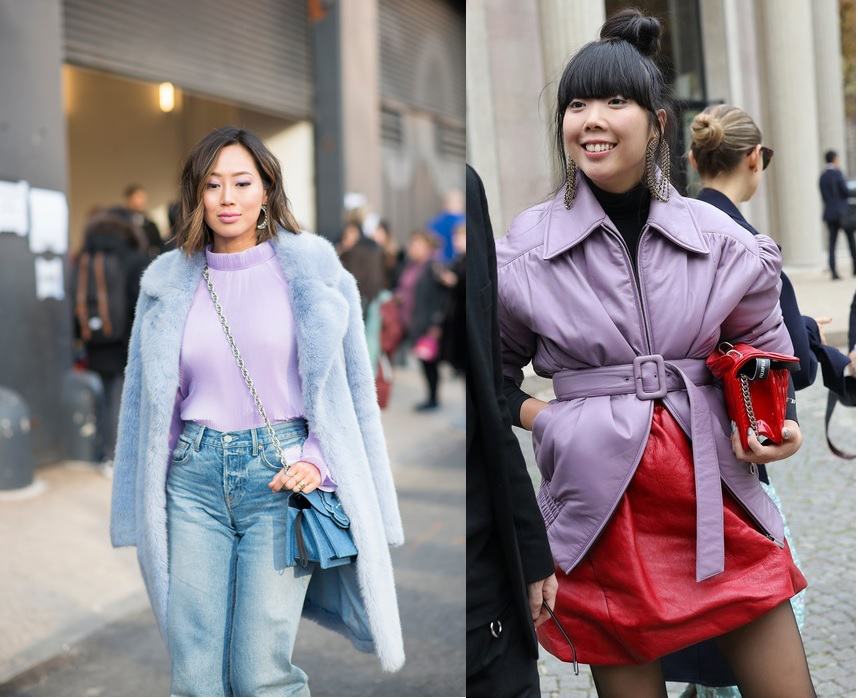 Said to be the coolest, boldest and sexiest color of them all, red made a great comeback this year. This daring color was accepted widely and the fashion world took it to the fullest. There were lots of monochromatic looks that we saw this year – all red- from top to bottom. The first all red looks were spotted on the runways of Dior, Calvin Klein, Valentino and Saint Laurent. The lacquer red trench coats and all red suits were some of the choices of the Asian fashionistas. 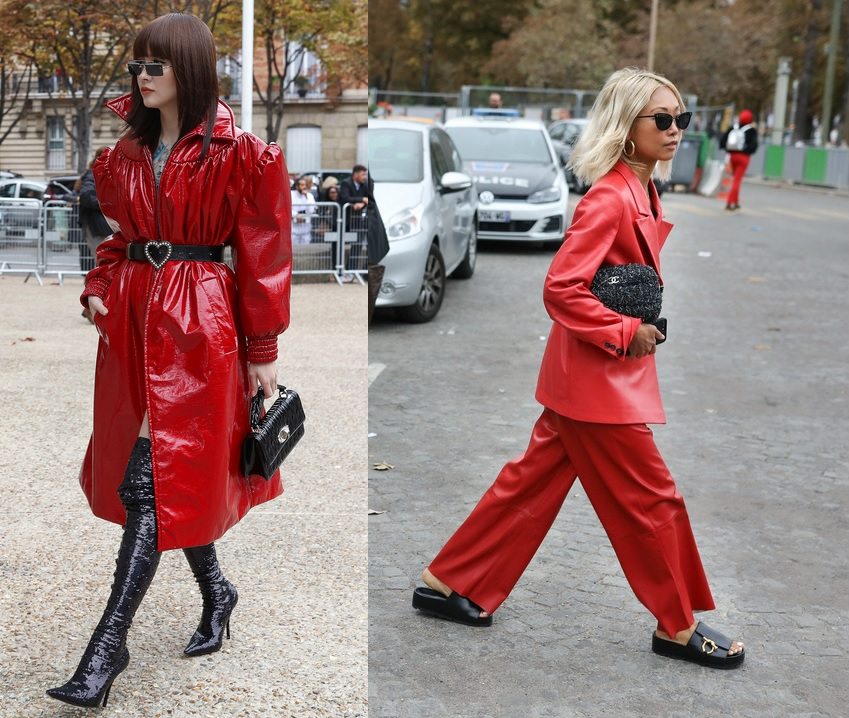 Hats as the main accessory

At the beginning of 2018, the hats were announced as the main accessories in the fashion world. Starting from the French berets seen at Dior’s to military caps, hats became the latest obsession of many. Moschino, Chanel and Versace were some of the brands that included variety of this accessory in their collections. The world went crazy for it, and Asia found this trend as a great base for sporting some serious hat game. 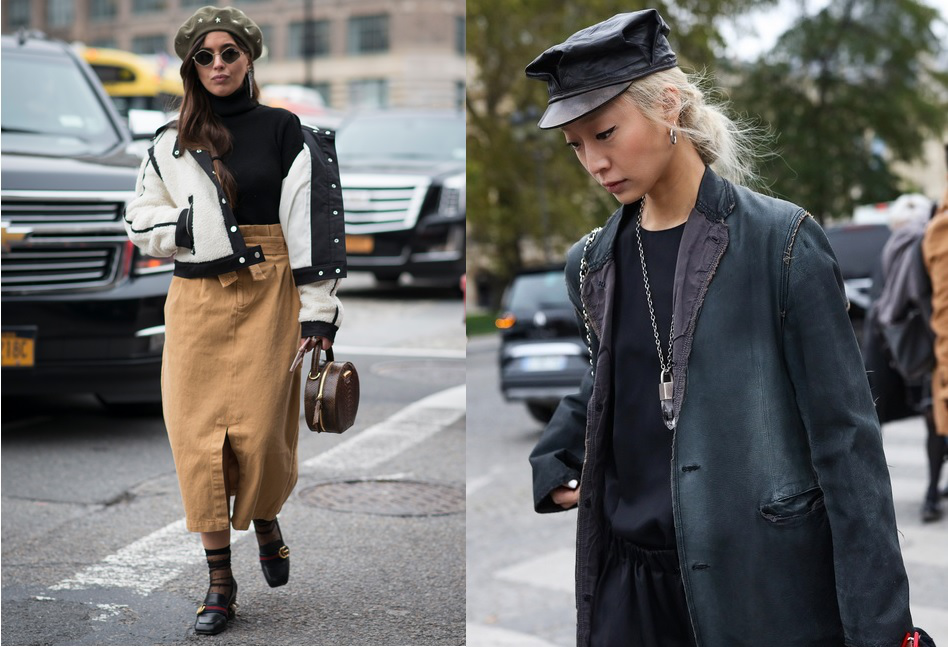 It looks like yellow is the hottest color for the Fall/Winter 2018 season. Although commonly considered a Summer shade, yellow is trending as a warm color for outwear. Michael Kors chose yellow for its tartan jackets, Balenciaga for its sculpted coats and Balmain for its fur coats. Besides outwear, many brands offered all-yellow looks like cool dresses, biker suits and jumpsuits. 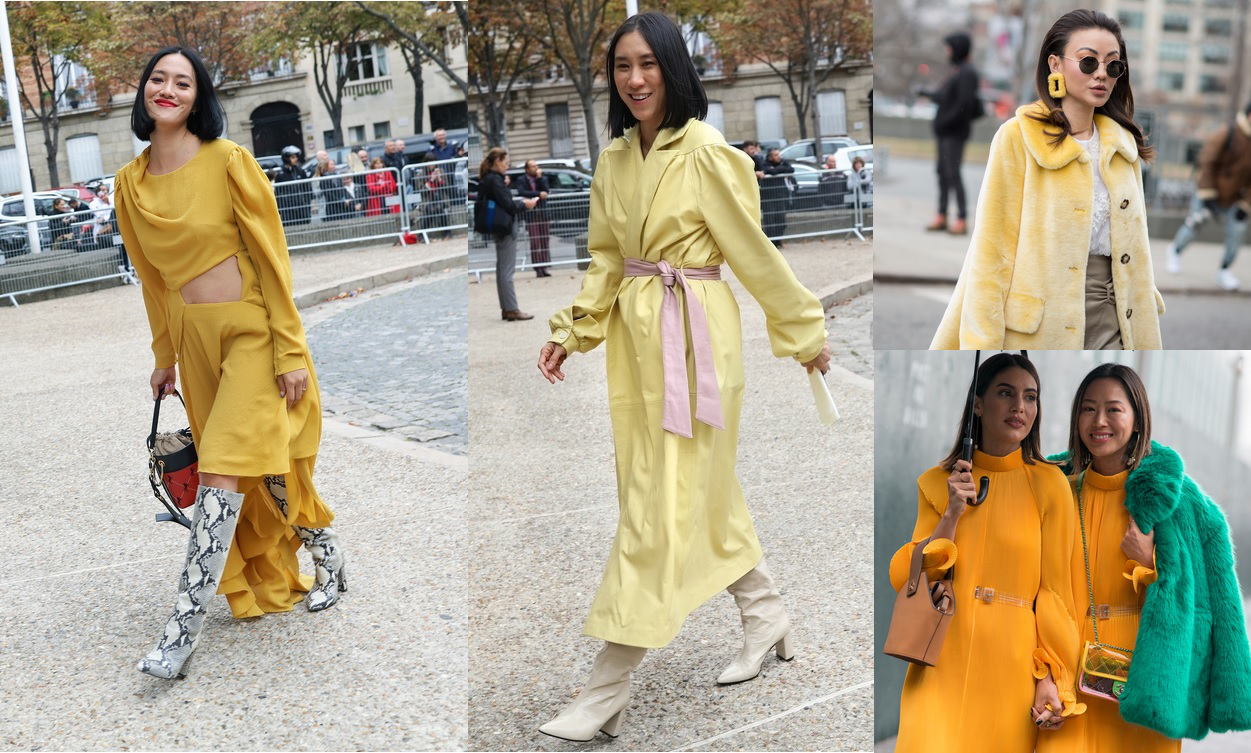 Prints have always been fashionable and part of fashion garments. This year, prints are dominating the runways and the street fashion. The print patterns are very unique and interesting, as well as stylish for combining. This trend has seen a significant growth and was worn by many fashionistas in the Asian countries. The fashion weeks may have introduced the print trend, but it is a fashion that Asia seems to have worn the best. 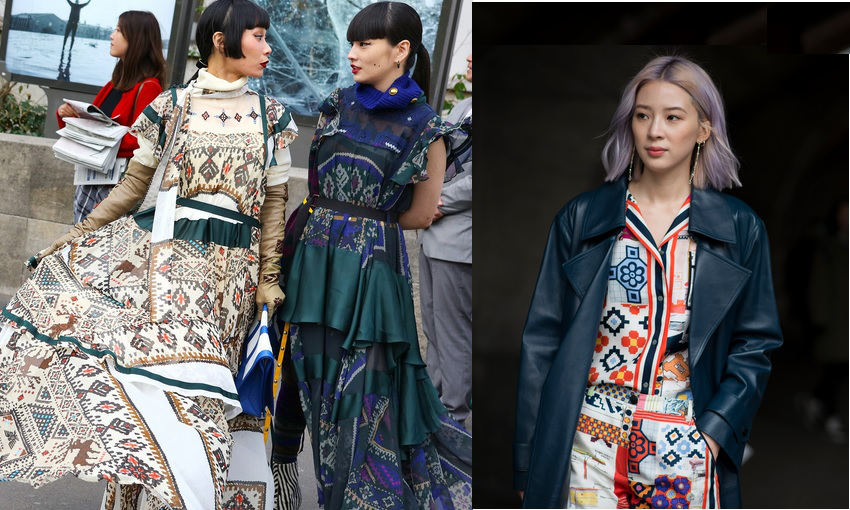 Whether on full display on not, the ’70 fashion trend made a comeback this year. It was accepted momentarily as it allowed the sequins and everything glittery to be worn not only at night. Juicy Couture, Alice +Olivia, French Connection and Creatures of Comfort were among the first who incorporated the sequins as a part of their day wear collections. This trend is still very strong and it is expected to continue in 2019, too. For those in need of inspiration, just take a look at the best dresses Asian bloggers and IT girls showed interest. 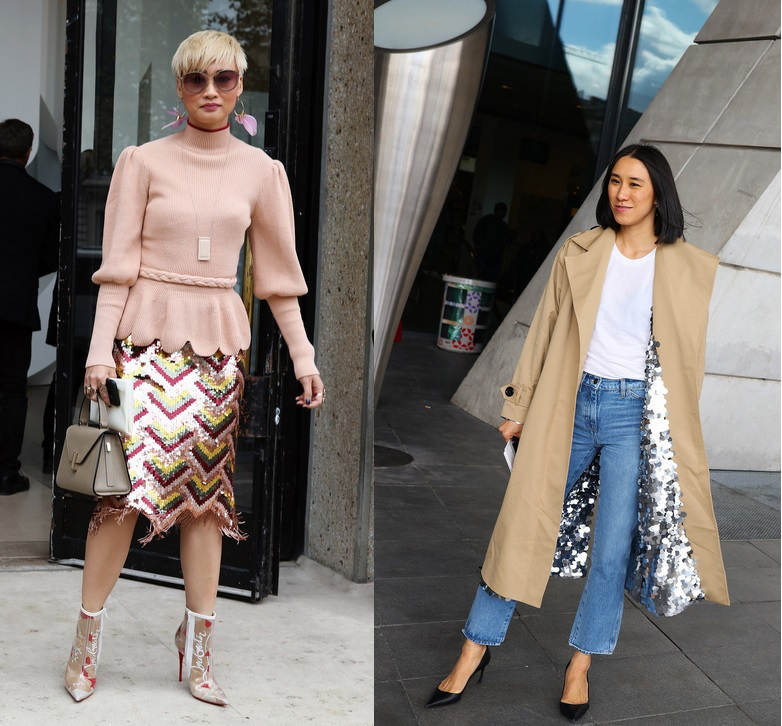 This year, one of the trendiest models of outwear were the puffers. The unexpected appearance they made on the runways instantly grew into a trend. These jackets were not the usual ones – they have been upgraded to include various colors, forms and lengths. The first appearance they had was on the Fall/Winter fashion shows as a dramatic and eye-catching version of the regular puffer. Christian Cowen and Kim Shui presented something different, while Prabal Gurung decided to go with an oversize bomber version. The Asian trendsetters opted for more classic version of the puffers. 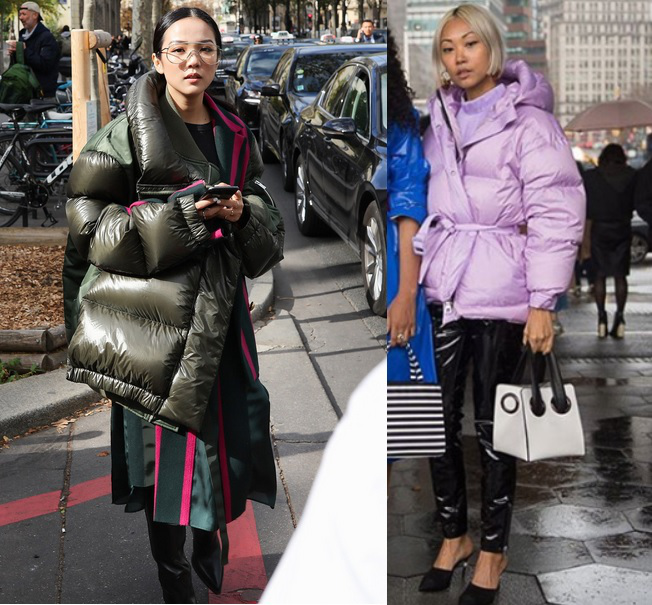 Which “trend” is your favorite?  Let us know in the comment section below!