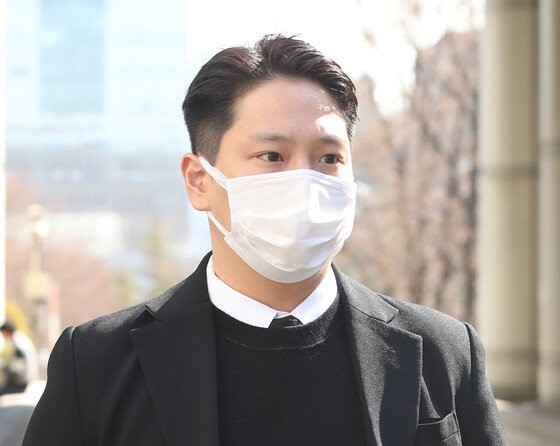 On April 12, 2022, former B.A.P member, Kim Himchan’s sexual assault appeals case was held at the Seoul Central District Court. During the hearing, Kim admitted to the charges against him.

The case, which has been ongoing since September 2018, involves accusations that Kim sexually harassed a female victim while at a vacation home in Namyang-ju July 24, 2018. Both Kim and the victim stated they were drinking, but the victim maintains Kim sexually harassed her while the two were alone. Kim alleges his actions were consensual and that the feelings between the two parties were “mutual.”

During his first trial in July 2019, Kim and his defense team denied the charges against him, pleading “not guilty.” Kim’s defense claimed the victim allegedly tried to blackmail him, and she was sent to prosecution. However, in February 2021, after three years and 10 trials, the Seoul Central District Court convicted Kim and sentenced him to 10 months in prison and several hours** of sexual violence treatment courses. Seoul Central District Court ruled the female accuser’s evidence and witness statements were credible enough for conviction.

Kim was not immediately sent to prison; the judge opted to allow Kim to seek forgiveness from the victim.

“While the defendant is being sentenced to prison today,” Judge Jung Sung-hwan said at the time, “the court is not placing him in detention so that he is given a chance to seek forgiveness from the victim.”

While the sexual harassment trials were ongoing, Kim attempted a solo comeback in October 2020. During the comeback attempt, he was booked for drunk driving. This case is still ongoing.

Following the March 9, 2021 appeal announcement, Kim’s side remained silent until June 13, 2021 when he posted a now-deleted statement on his Instagram account.

Hello this is Kim Himchan. First of all, I apologize for the delay in response. I’m writing a belated apology. I wanted to personally apologize to those who supported me for what I’ve done and waited for me to this day.

There are a lot of reasons why I’m speaking up so belatedly, but I have been staying quiet because there are different stories than the truth. I apologize for causing you to worry after a series of incidents. Further, I’m aware of my mistakes and negligence, and I apologize for every aspect of those. I hope everyone could be happy. Please forgive me for returning your favor of trust in this way.

I apologize. And I am sorry again.

I hope everyone could stay safe and happy.

After the post, an acquaintance alerted Kim’s mother that something may be wrong. His mother managed to stop the suicide attempt.

“I’m sorry that Himchan disappointed his fans with this, after already failing to meet their expectations before,” Kim’s agency said following the attempt.

Since this incident, Kim and his defense were quiet until later in the year when the court cases resumed.

In November 2021, an appeals trial was held. According to NewsDirectory, during this trial, Kim’s 6-month prison sentence was upheld. Another hearing was scheduled for January 2022 but was postponed until March 15, 2022. Details for the March case were not released.

After years of denial, Kim fully admitted to the charges against him. Kim and his defense also shared a reflection statement during the April 12 hearing.

During the hearing, it was revealed that Kim is also trying to pay a settlement (referred to as a “deposit”) to the victim. The deposit system in place is for when a defendant doesn’t agree with the plaintiff on the charges. A settlement amount is paid to the court to attempt to help the victim recover from damages.

Kim’s defense told the court that it will take about two months for the victim to be paid in full. The court agreed to the two-month grace period, after which they will decide to accept Kim’s appeal or not. If his appeal is dismissed, Kim will not be able to avoid arrest.

Kim’s appeals case has been suspended until June 14, 2022, while he attempts to pay the deposit in full. Stay tuned for updates as this saga continues to unfold.

*Different media sources switch between sexual harassment and sexual assault. In 2018, “harassment” was used, but since then, “assault” has been the operative term.

** Conflicting information: Some sources state he received a sentence of 40 hours of sexual violence treatment courses, others say 50.