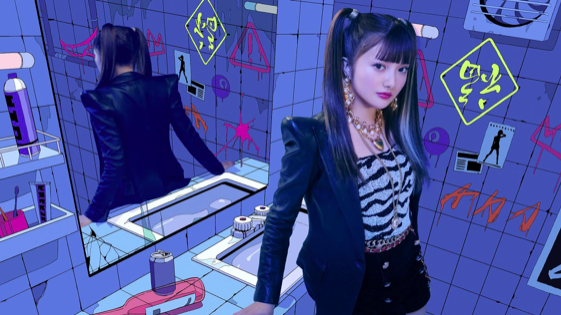 This song co-produced with Charlie XCX carries essences of the recent trend such as Vaporwave and City Pop, yet is packaged to be fresh sounding NEWTRO music. The lyrics written by Kalen herself, is based on the theme “Genjitsu Camera” a brand new retronym.

Retronym refers to a phenomenon in which, for example, how the word “land-line phone” which formerly was simply called a “phone” was created upon the invention of “mobile phones”. A term that is created from an advent of something else that falls in the same category, in order to differentiate them.

“Genjitsu Camera” is a camera with no processing, and is a retronym that was created with the advent of digital cameras with built in filters and effects. What Kalen Anzai intended to voice out in this song is her feelings towards what lies beyond… A phenomenon where for those who strive to live in the world of social media to be who they think they are, those processed pictured are becoming the reality of their alternate selves.

“Where am I in those eyes of these fake lives” is an impactful line from the song.

“Genjitsu Camera” may no longer mean a camera that captures non-processed reality, but it has gone through a cycle to become a retronym that describes one’s feeling of not being able to detach from the altered reality, an altered self, especially for the current gen-z who live on the borderline of reality and virtual world that is becoming more vague every day after day.

Music video premiered simultaneously with the release, is a collaborative work with Gaako who also designed the artwork.

In this “warped” music video, duplicates of Kalen Anzai (Kalen in real world, mirror world and illustrated world) dissolve into the virtual world: the illustrations, to wander around defying borderlines between different worlds, losing track of what is real and what isn’t.

The illustration in the artwork was created by Gaako who is best known for his cyberpunk styled art that portrays the gap between what is real and unreal. Two separate versions of Kalen Anzai dissolved into a kind of virtual word of the illustration (within the illustration there is real Kalen, and Kalen in mirror world)… 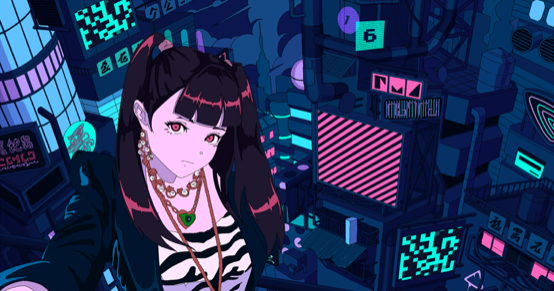 This too is an implication of her perception of borderless new world. 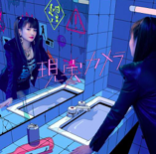