Interview with Teen Top in Dallas

Teen Top recently finished up their U.S Red Point tour and we were able to sit down for a short interview with the boys at the Dallas date of their tour.  The group was very excited to be performing in Dallas for the first time. 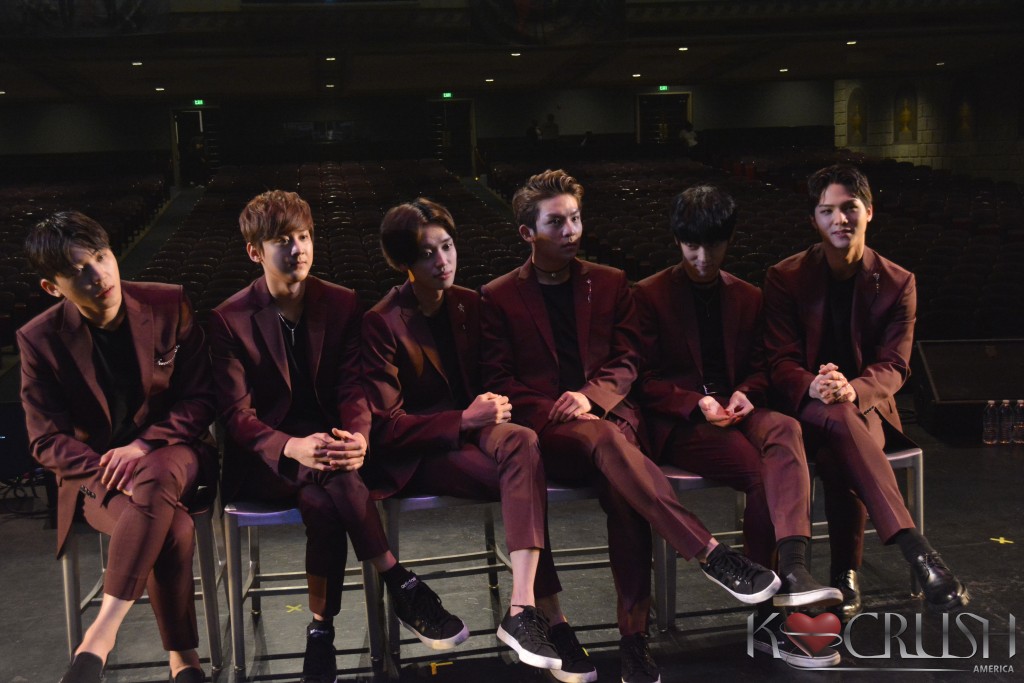 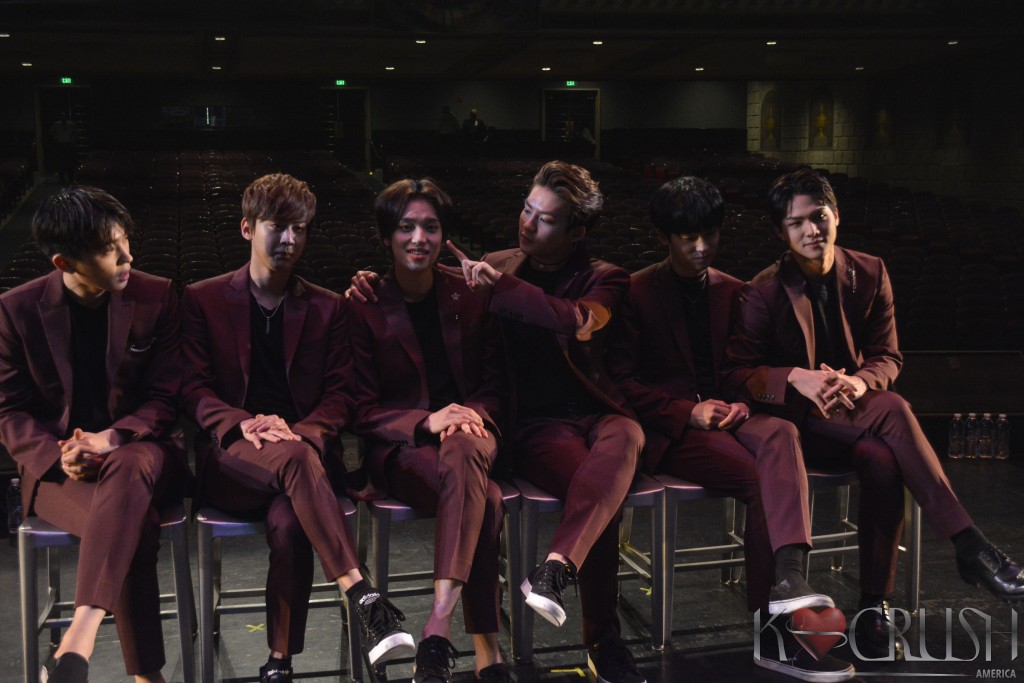 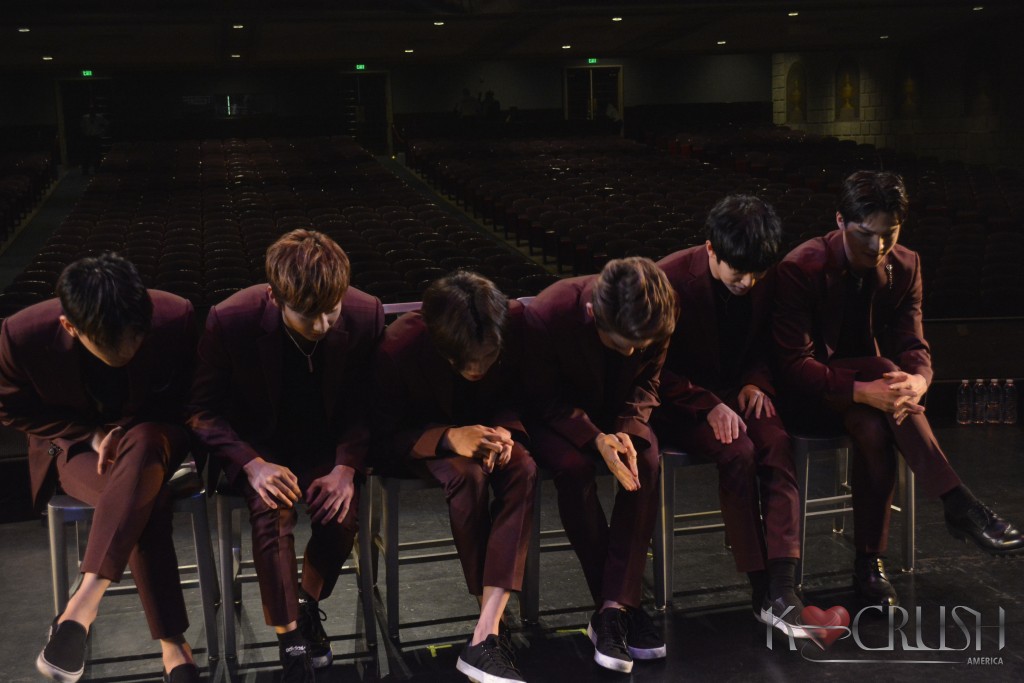 Q: How did you come up with the fanclub name?

Chunji: We asked all of our fans to send in name suggestions and out of everything sent in we all like Angels the most. 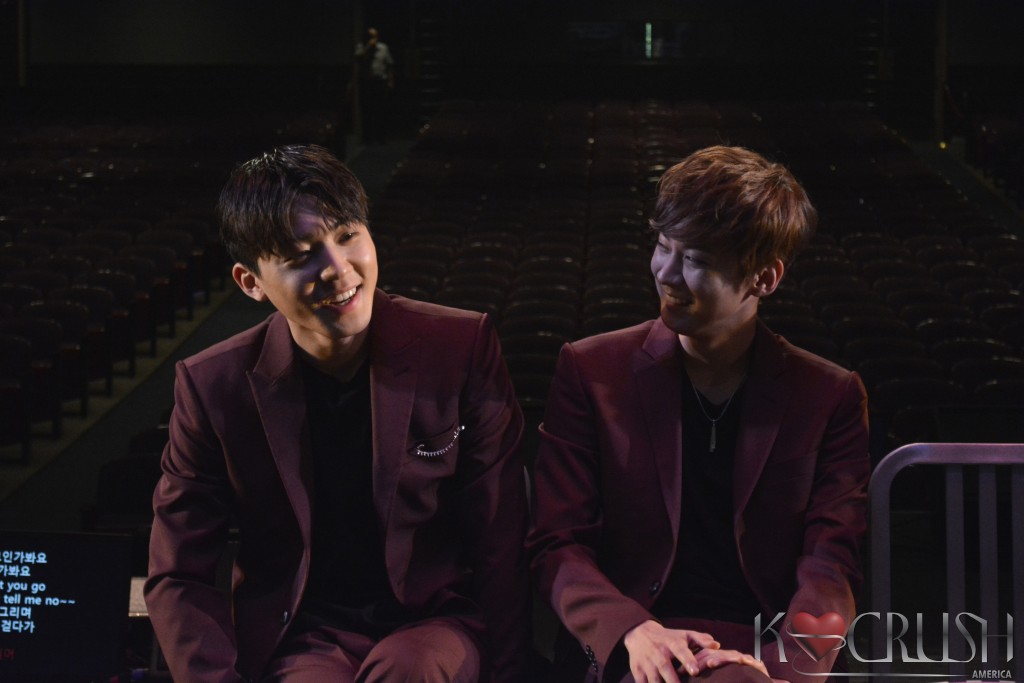 Q: What kind of music do you listen to in your free time?

Ricky: I listen to general Kpop and I like to listen to the Korean National Anthem before I sleep.

Niel: Recently, I’ve been listening to a lot of Jay Park’s music

Chunji: I enjoy listening to ballads.

Changjo: One Direction, Jay Z and a lot of the popular music in the US. 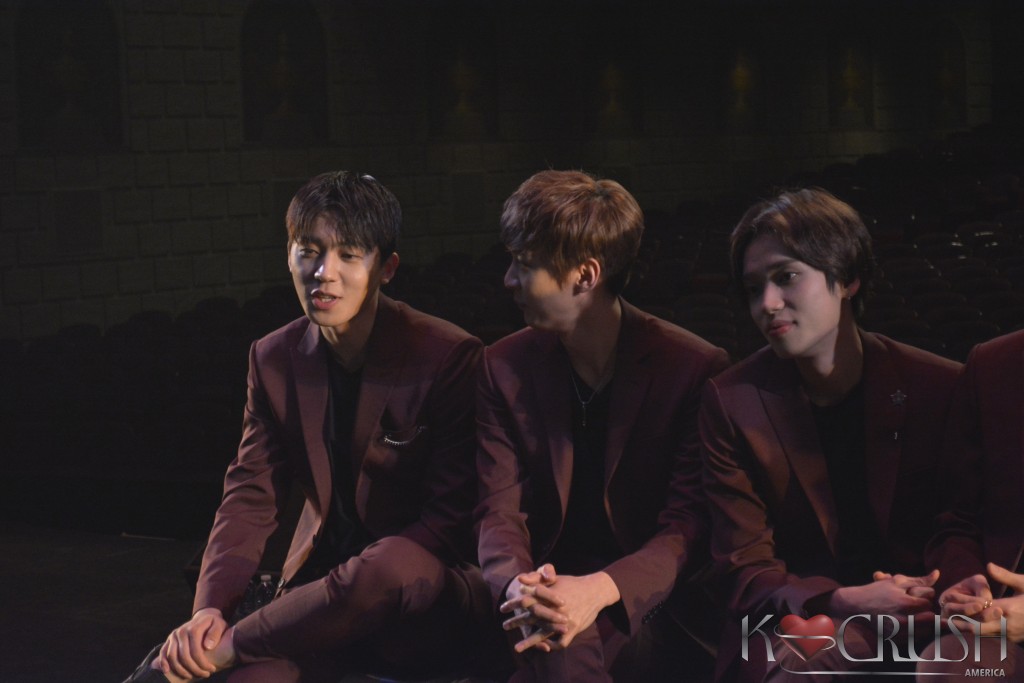 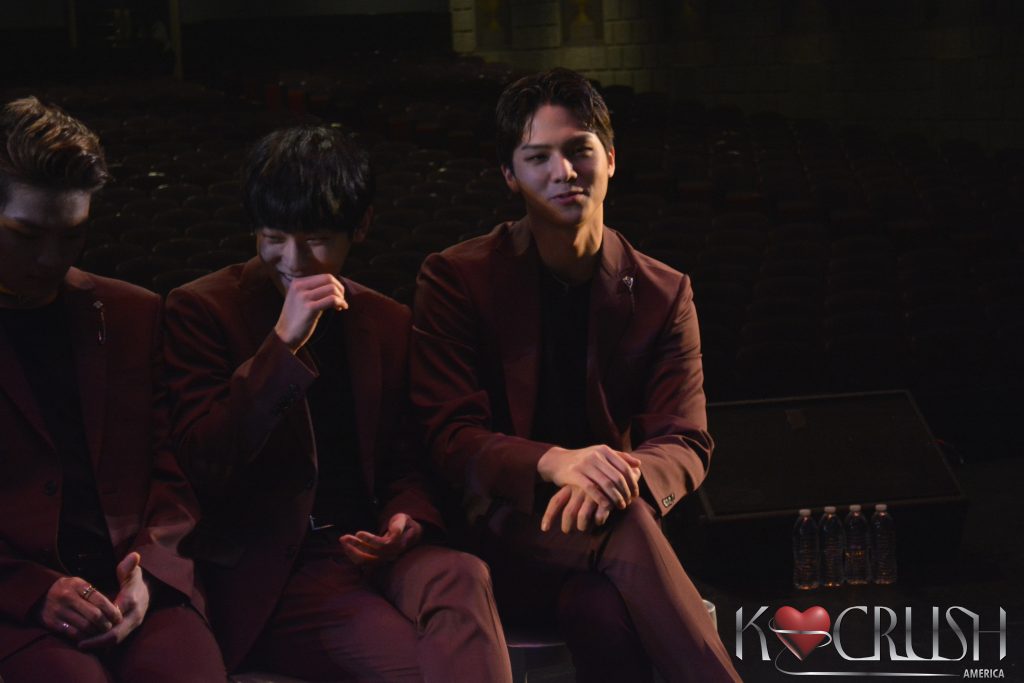 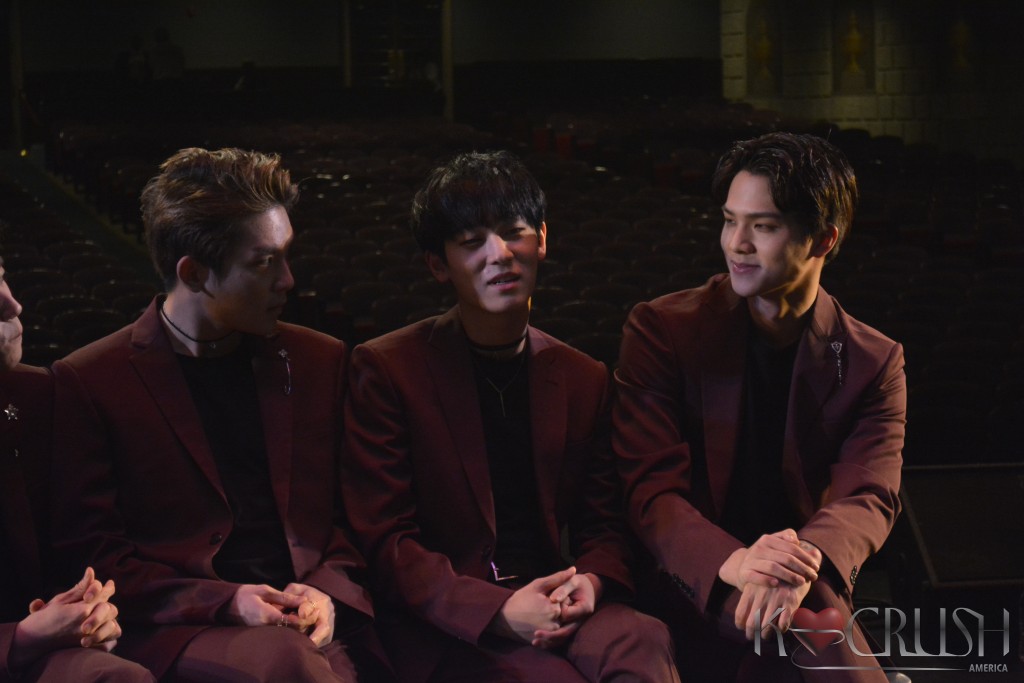 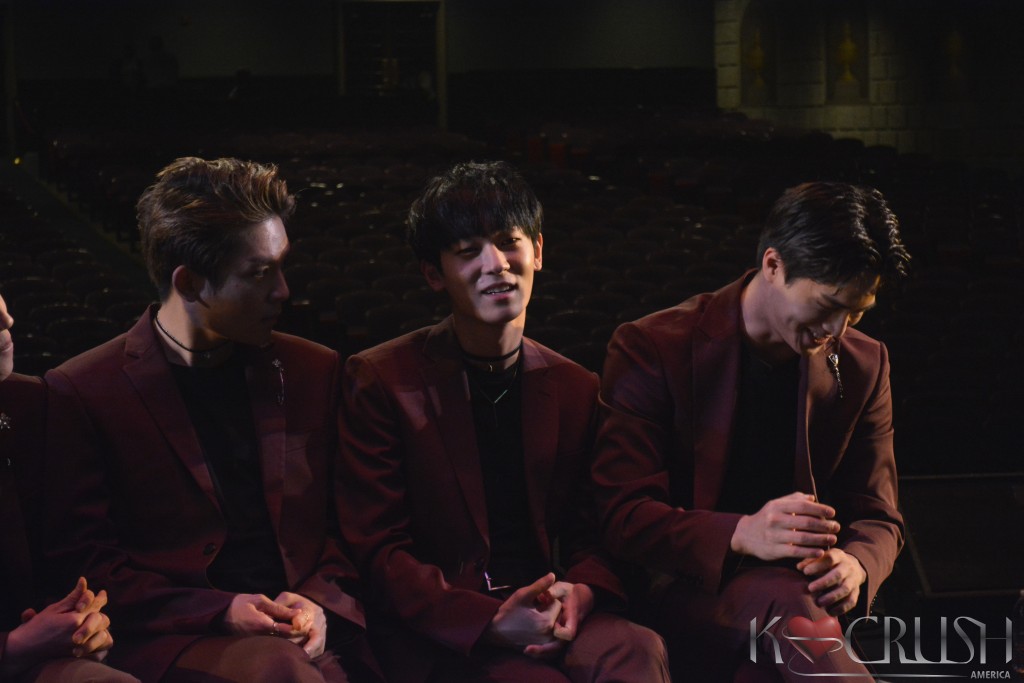 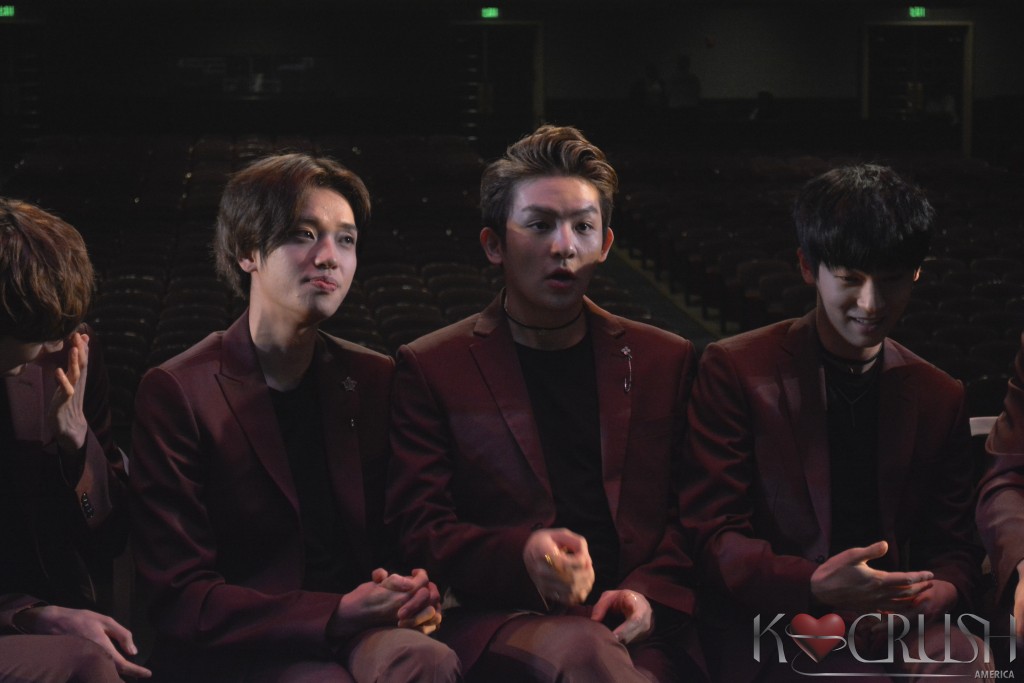 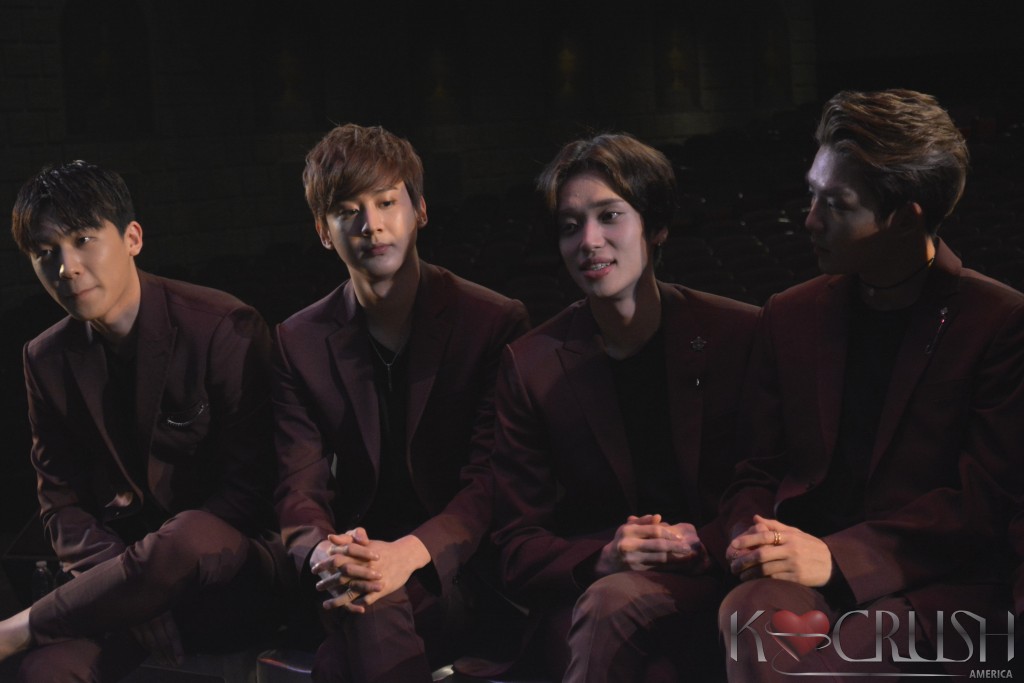 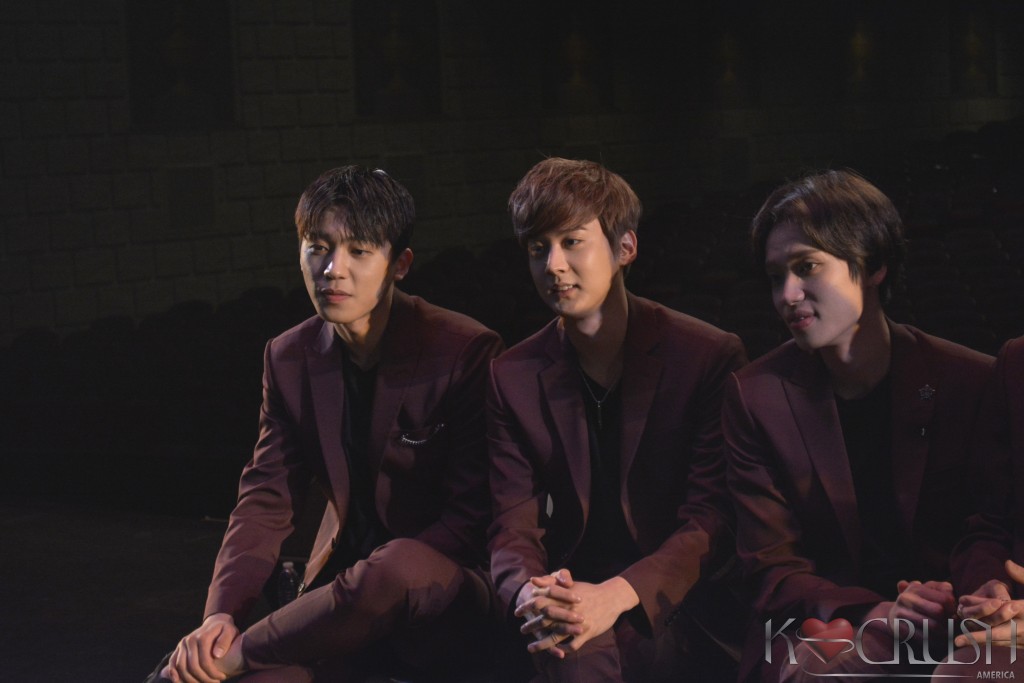 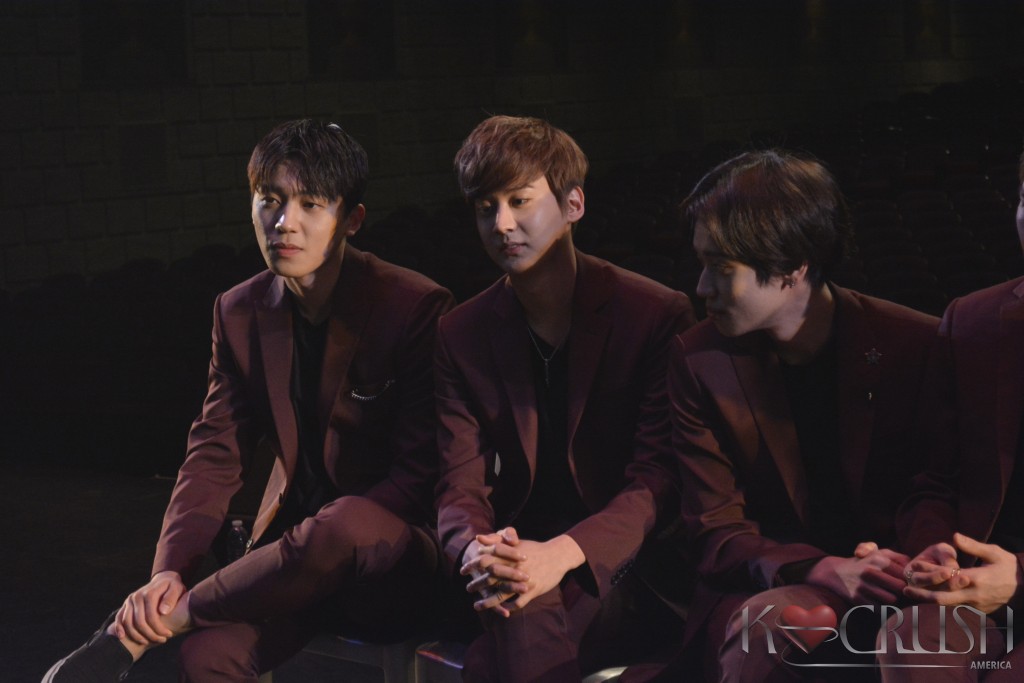 Q: Which member is the most fun in the group?

Niel: Everyone agrees that CAP is the funniest member in the group because he makes a lot of funny faces and likes to joke around a lot. 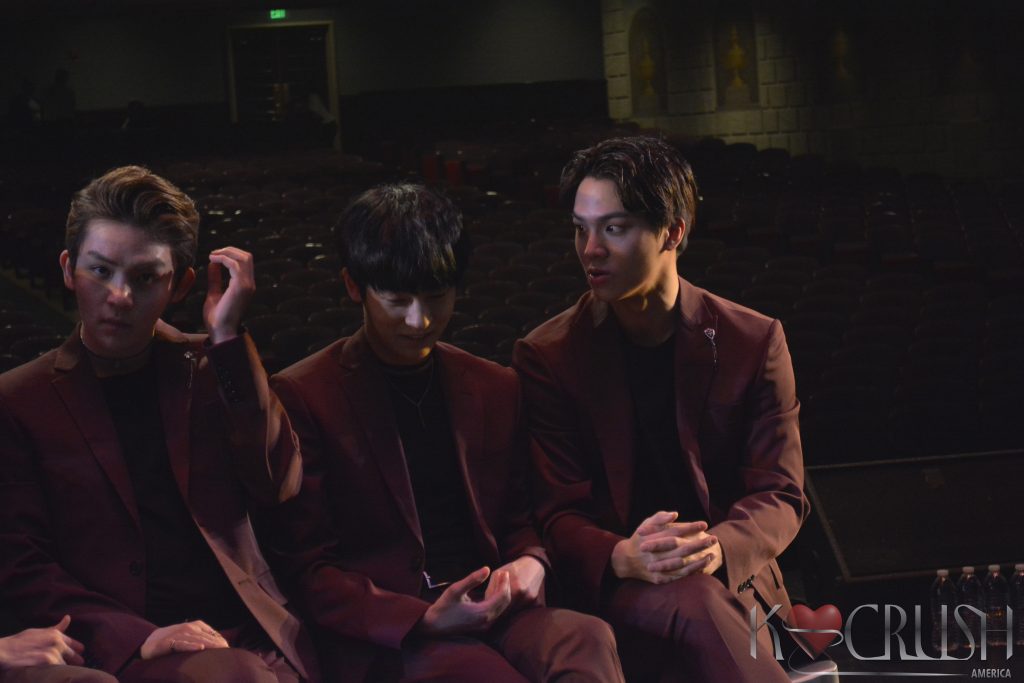 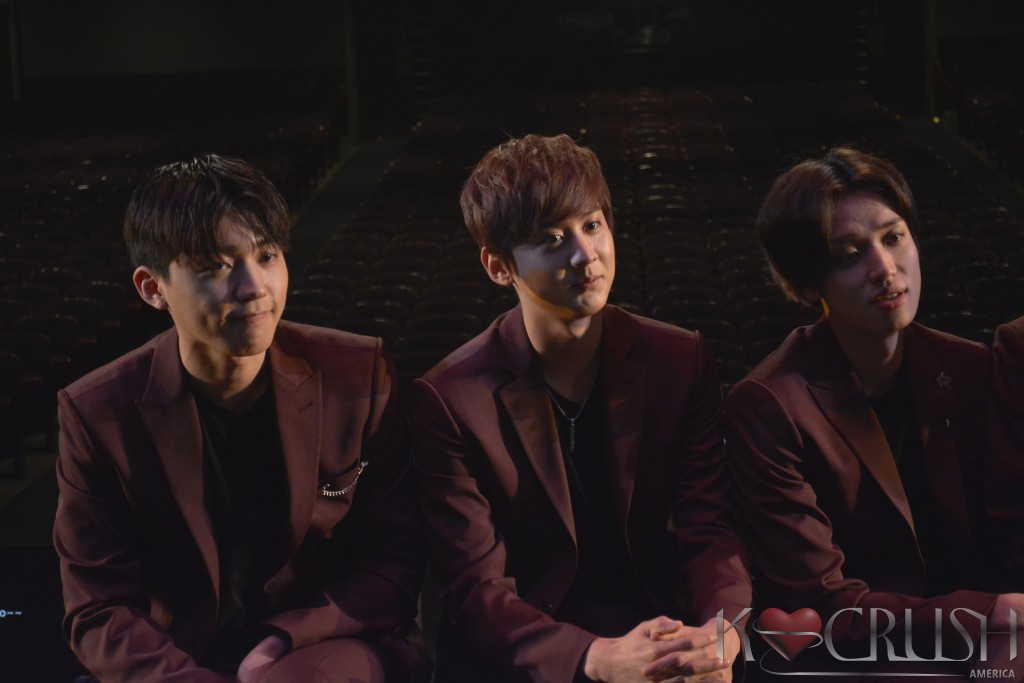 Q: Do you have any thing you would like to say to your fans?

CAP: We hope that our fans will continue listening to our music and showing us support. We hope to continue to supply fans with good music and come back with a better album. Thank you US fans for supporting us. 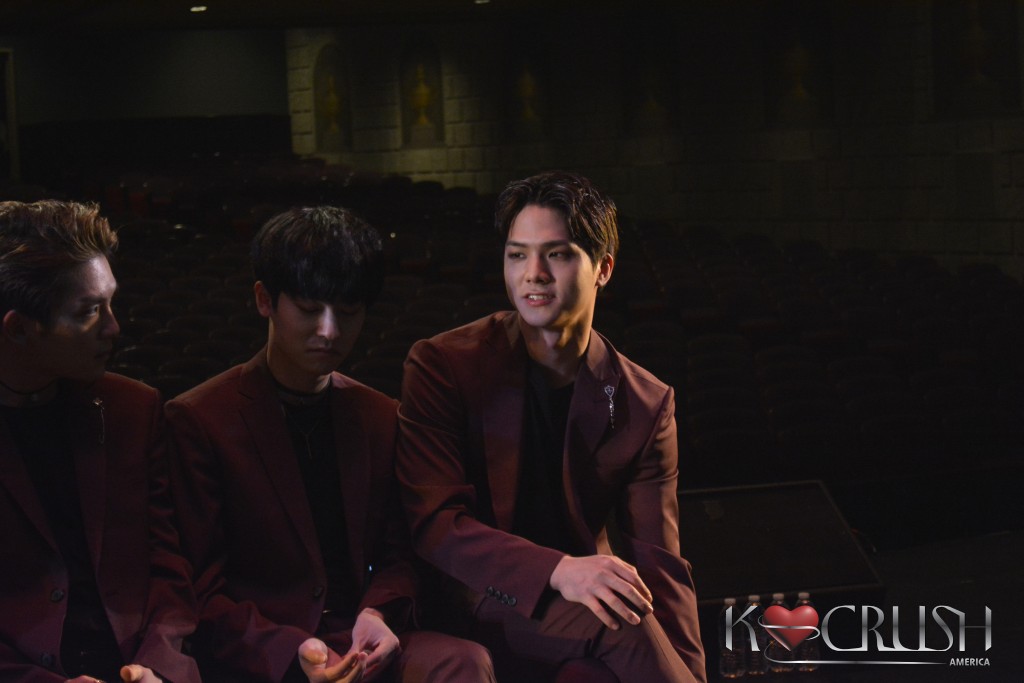 Thanks to Teen Top, Studio PAV M &C, and Kpoplive.tv for making this happen!  Keep an eye out for our full concert review and more photos from the show. 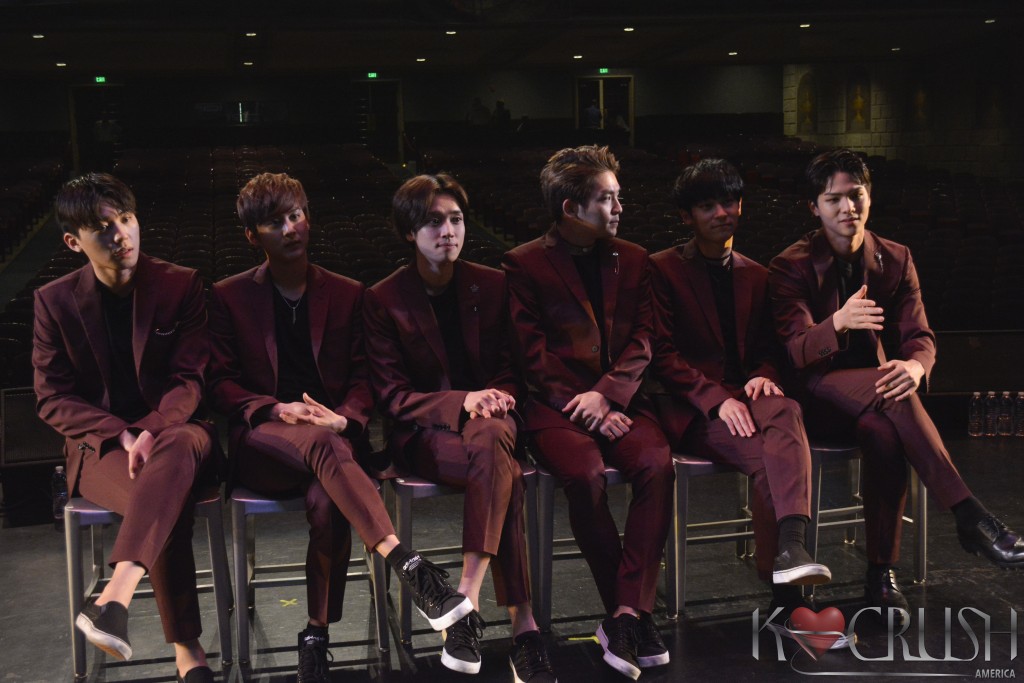