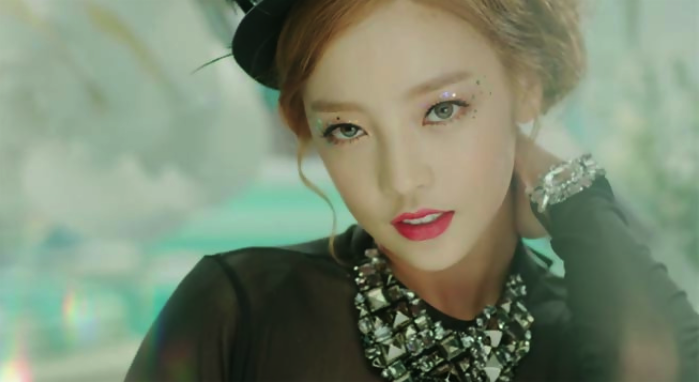 Actress and former KARA member, Goo Hara, is awake, but she still remains in the hospital following an alleged suicide attempt May 26, 2019.

According to her manager, Hara apologized for worrying fans. In a message relayed to the media, Hara said, “I am sorry for causing concerns and a commotion. In terms of health, I am recovering … I have been in agony over many overlapping issues. But from now on, I will strengthen my heart and try to show up healthy.”

Fans and celebrity friends have been sharing words of encouragement to Hara as she begins her road to recovery. One such message comes from S.E.S’ Bada who shared a touching photo that reads “Take the time to do what makes your soul happy” along with a personal message that reads:

Dear Hara… When the world seems to not understand you, let’s try to understand the world instead and become a broader person. Let’s continue to live while walking alongside those who love, understand, and support me and you~

Hara, you can do it.

We at Kcrush hope Hara gets on the road to recovery, especially since we take mental health seriously. We hope she gets the assistance needed to live a long, healthy life. 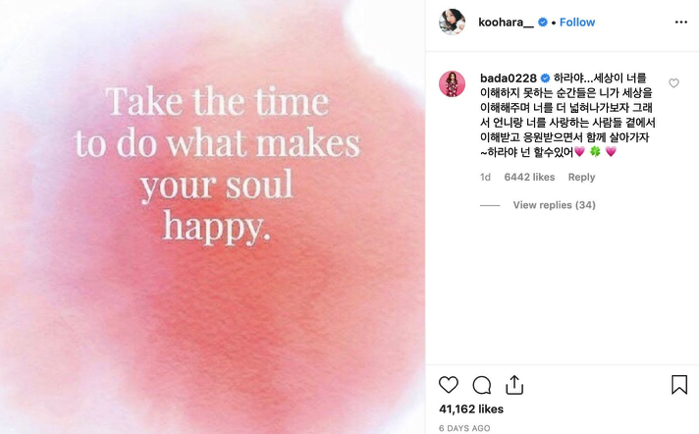