Dreamcatcher Stunned Audiences With Their Duality in “CROSSROADS” 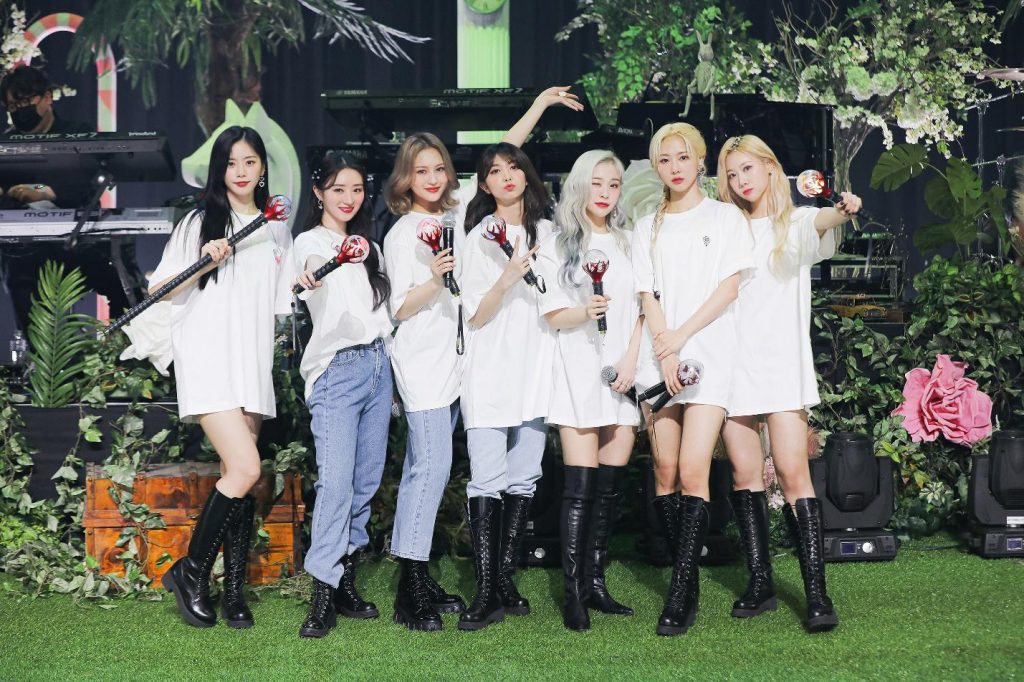 The rock influenced septet walked the boundaries between reality and fantasy with their third online concert [DREAMCATCHER CONCERT CROSSROADS] that streamed on the MyMusicTaste platform. They left fans in awe with their limitless talents showcased in their two-night show on March 26th and 27th with separate themes on each night.

Alongside a live band on both nights, Dreamcatcher reminded audiences why they’re a top tier group that will turn any stage into a utopia for fans. They brought to the table everything InSomnia were hoping for and more, including songs that had never been performed before.

With each concert, Dreamcatcher proves their musical prowess with new arrangements of popular songs from their discography. Unlike their previous concerts, this two-night show focused on duality and the outstanding live vocals of the girls. They excitedly told fans, “ You’ll be able to experience double the various charms of DREAMCATCHER over the next two days.”

As their first online concert of 2021, Dreamcatcher was looking forward to meeting their fans again. Their two-night show was packed with performances that emphasized their all-around skills as performers and musical artists.

SOOTHING THE HEARTS OF FANS WITH UTOPIA

The first night, March 26th, showed a side of Dreamcatcher that touched the hearts of fans and melted any iced hearts leftover from the winter. Pt 1. Utopia opened with “Dear’, and all seven members softly singing a tune that mesmerized fans.

Their outfits on the first night portrayed a forest fairy theme against a set that played off a wonderland concept. The backdrop was fitting for their hypnotic vocals that enchanted the InSomnia watching as they fell down the rabbit hole that only Dreamcatcher could take them through as they sang “Dawn”, followed by “And there was no one left”.

Dreamcatcher’s excitement to meet fans from all over the world in one place connected with fans through the screen as they energized each other with songs and support.

A highlight of the night came in the form of one of Dreamcatcher’s most popular game soundtrack songs that had never been performed live before: “R.oS.E Blue”. Even before the concert, fans had hoped the seven would finally perform the song in concert. As usual, Dreamcatcher exceeded expectations and performed the song with a new arrangement that immediately made it to the top of fans’ favorites lists. 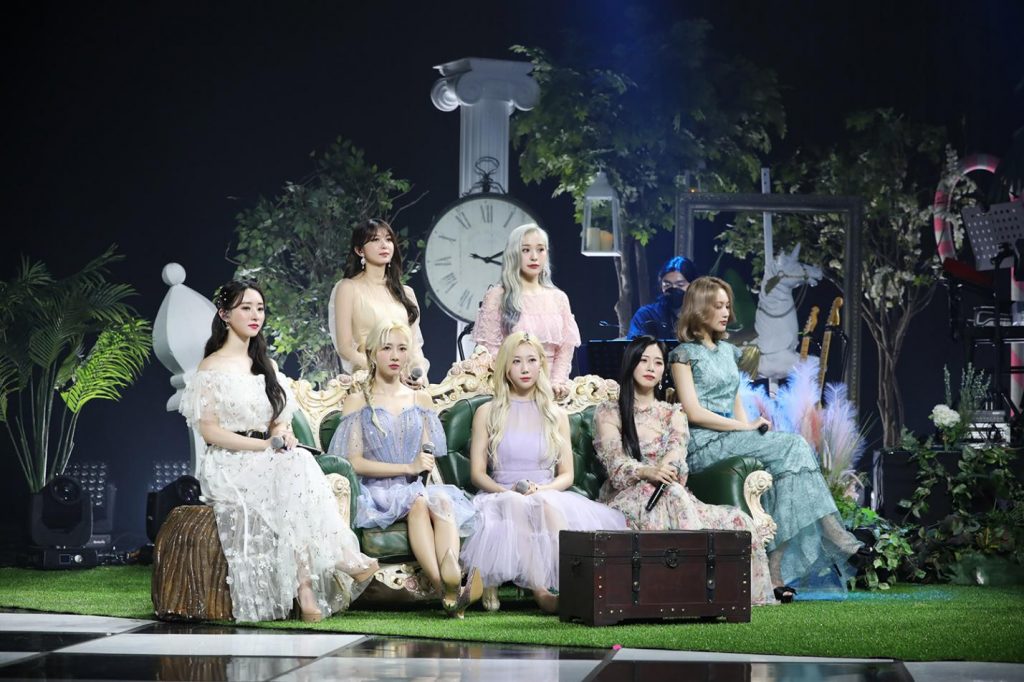 Songs from the Dystopia series like “Scream”, “BOCA”, and “Odd Eye” were given an acoustic twist that had fans cheering for a live acoustic soundtrack to enjoy the concert again after.

The setlist had fans on an emotional ride with “Daydream” and “July 7th” before they performed an encore that saw tears and hugs with “Full Moon”, “Over The Sky” and “4 Memory”. The girls showed their love for Handong with video birthday messages, but the biggest surprise came in the form of a video letter from Handong’s parents, who wished her a happy birthday.

Both Handong and the fans were touched by the beautiful video letter, and the encore came with tears and tissues that reminded everyone of the connection between the members and everyone who loves and supports them.

VVIP ticket holders even had the lucky chance to spend some more time with the girls after the concert for a mini party event where Dreamcatcher read some comments from fans and talked about their feelings after performing.

BATTLING THE SCARS OF THE PAST WITH DYSTOPIA

After an emotional night with Dreamcatcher in Pt 1. Utopia, Dreamcatcher took to the stage on March 27th with Pt 2. Dystopia. They started with a bang, opening with “Chase Me” and diving into “Good Night”.

This night was vibrant with the sound that InSomnia are familiar with and hold dear to their hearts, Dreamcatcher’s rock music influence on full blast. They performed songs like “PIRI”, “Poison Love” and “Wind Blows” that had fans screaming for more. 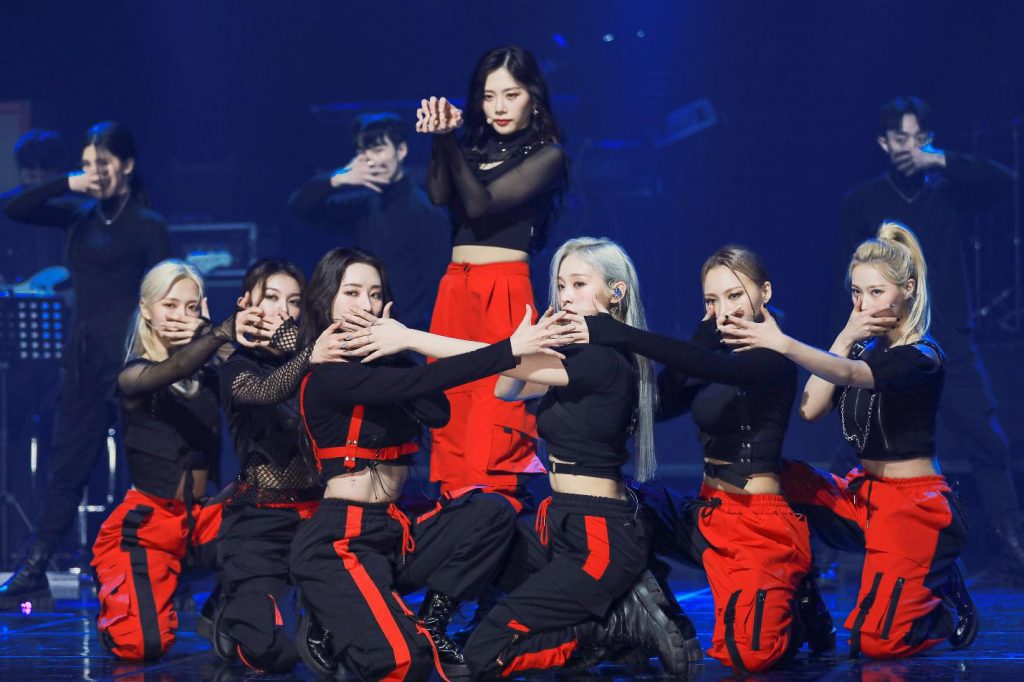 They performed all three Dystopia series songs on Saturday night as well, with arrangements that differed from the first night. Dreamcatcher performed their songs with powerful dance moves and supreme vocals that had fans showing their support with hearts and comments.

Much like the first night, InSomnia and Dreamcatcher were able to connect with each other despite the concert taking place online. The energetic performances and the strong show of support streaming in through live comments from fans pushed this show to the next level.

While the first night showed a more emotional side, Dreamcatcher took on a different approach on the second night with unit performances that had fans reeling. JI U and SIYEON made the “DoWonKyung (Shangri-La)” team, while DAMI and YOOHYEON performed “Baby Don’t Stop”, and SU A, HANDONG, and GAHYEON covered “Twinkle”.

When the girls asked for hearts and support in the chat box, fans were quick to show it as much as possible, flooding the chat room with hearts that scrolled up faster than the eye could catch. 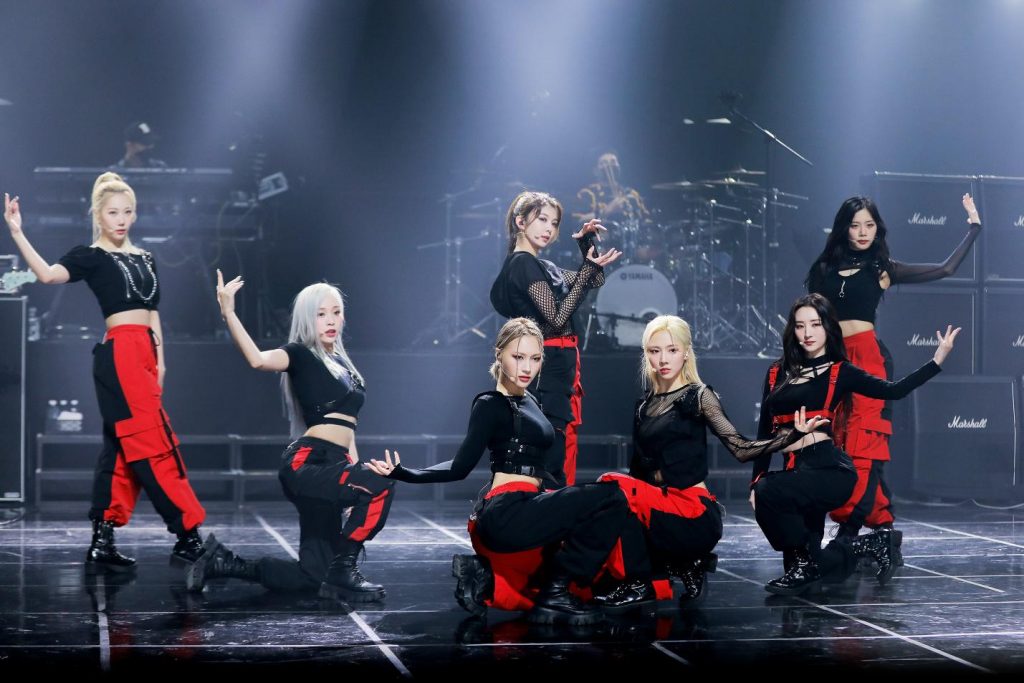 Dreamcatcher wrapped up a successful two-night show with “Tension” and “New Days”, signaling a new journey to begin with their fans by their side in all their future activities.