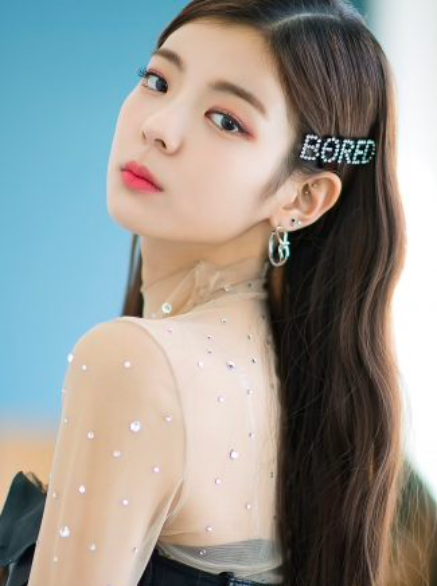 JYP Entertainment has posted a statement regarding the school bullying allegations made against ITZY’s Lia.

In February, JYP Entertainment officially denied the school bullying allegations made by Lia’s middle school classmate, who posted a statement online that she was a victim of school violence perpetrated by ITZY member, Lia. The statement had been circulating online since 2018 under multiple nicknames.

A statement was posted with the title, “Victim of school violence perpetrated by a famous female idol born in 2000.”
And it went on to claim that she was classmates with the female idol in middle school who borrowed money without ever paying back, and made herself and other classmates outcasts for no apparent reason.

JYP immediately took legal action after two years since the first statement emerged online, but the alleged victim was cleared of defamation charges on June 13, since the police judged that there wasn’t enough evidence whether these allegations were true or otherwise. Thus, the online statement couldn’t be classified as defamation by law.

The entertainment company has since expressed that they won’t accept such a result, and stated that they will request a reinvestigation further into the case.

JYP Entertainment released the below statement.

“Hello, this is JYP Entertainment.

We would like to inform you of our position about the recent media coverage of our label artist Lia. The first charges concerning the accuser were not against the person as a victim of school violence, but against the posts and comments that were considered as malicious.
1. The articles cited were posted on internet community sites for over 2 years since 2018, and we could not find out who the original poster was. The posts also did not complain about school violence. Our company operates on a system that takes legal action against malicious posts based on fan reports and post monitoring. During this process, the articles also were subject to legal action in December of 2020.

2. During the police investigation, it was discovered that 4 of the above 5 posts were written by the same person with different nicknames, and the other post was written by another person. However, while the police were investigating the case this February, another Internet community post was posted by the person believed to be the author of the post, stating that they were under investigation by the police. The author and their acquaintances complained about being bullied at school, but soon a person who was supposedly an acquaintance posted an article on the same internet community that they did not consider the incident to be school violence and thought it was not a big deal. The person who posted the original article also posted and deleted the article repeatedly.

3. After the legal representative presented the complaint and took legal action on Lia’s behalf, the police filed charges against the two posters. However, through an interview with the media, the police dropped the charges against the publishers, stating that there is no evidence to show that the content is false nor is there any evidence to show the content is true. In other words, the charges being dropped does not mean Lia admits to school violence. Therefore, we plan to file an objection to the police and request a re-investigation for defamation by false facts. Both the artist and the company want the truth to be revealed through a more in-depth investigation. We believe that there should be no victims who have been unfairly treated, but at the same time, there should not be any victims of false or distorted information.”

Meanwhile, the woman who has been making these claims, stated that she still suffers from mental anxiety whenever she thinks about the past incidents and she just wishes to receive a sincere apology.