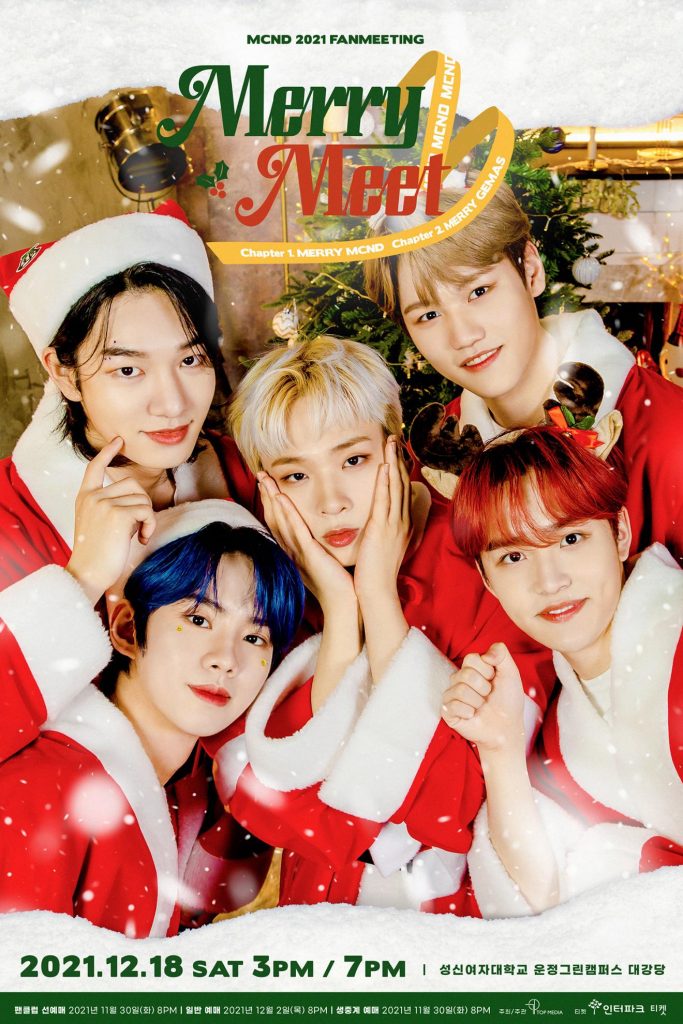 The group MCND will hold an online and offline solo fan meeting and spend a special Christmas with fans for the first time since its debut.

MCND released a poster announcing the hosting of its first offline fan meeting 2021 FANMEETING [MERRY MEET] (hereinafter referred to as “MERRY MEET”) through its official SNS account on the 24th.

‘MERRY MEET’, which will be broadcast online and offline at the Unjeong Green Campus Auditorium at Sungshin Women’s University on December 18th, will be a more meaningful time for MCND and fans with a face-to-face performance where MCND meets and communicates with fans for the first time since its debut.

MCND’s first fan meeting, which will be held twice at 3 p.m. and 7 p.m. on December 18, will be a precious and special stage for MCND and GEMs under different themes of “MERRY MCND” and “MERRY GEMAS.”