An introduction playlist of the event and spot movie with scenes of the live performances unveiled! 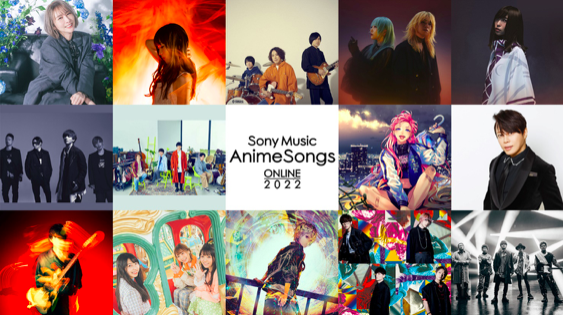 “Sony Music AnimeSongs ONLINE 2022”, which is an online live performance event in the style of a festival with 14 gorgeous music artists who belong to Sony Music Labels, will be streamed live on the 8th and 9th of January 2022 on Stagecrowd.

The tickets will be on sale tomorrow, at noon on the 10th of December (JST).

An introduction playlist of the event has been released in advance of the ticket’s sale. Each of the 14 songs on the playlist have been selected by the artists who will perform at the event. If you hear the playlist, it will be a perfect introduction for you to have an idea of the entirety of this exciting event: the festival of the theme songs of anime.

A spot movie which contains part of the live performances has also been released today. In this movie you can take a glance at all 14 artists’ performances.

Comment footages from the artists will be released in series on official Twitter channel @smasonline, so don’t miss it.

This event will be streamed to 20 countries and regions by simulcast broadcasting through Stagecrowd and through Veeps, a special version which is an edit from both days of the event, will be broadcasted to the world except Mainland China at 7PM (PST) on the 22nd of January.

Archive: Up to one week after the end of stream

Archive: Up to 24 hours after the end of stream