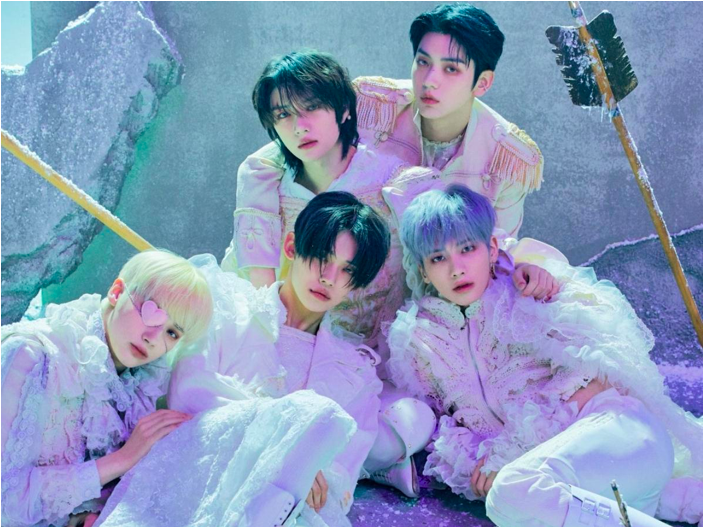 TOMORROW X TOGETHER has kept their momentum. This new album brings some serious game and has quite deep themes as well. The loss of love, the confusion of life, and trying not to fall for someone–TXT gives it all to us in The Chaos Chapter: FREEZE.

This song is a great opener to the album. It’s rare to hear a song about not wanting to fall in love. “Anti-Romantic” is all about straying from the feels and staying level headed. Check out some of these lyrics:

I don’t know who loves me

And I don’t care, it’s a waste anyway

We find out from the song that they have been hurt in the past by relationships, and just are over the tears they’re left with. However, the chorus admits that “My entire heart burns” but “I’m afraid.” Haven’t we all been in a spot where we were afraid to fall for someone? “Anti-Romantic” is just that.

This song is one to loop, for sure! The melody is a bit more rock than I’ve normally heard from TXT. However, it stays on brand for their quality and catchy choruses. The lyrics portray a feeling of lovesickness. I love the line, “I’m a loser in this game” because love truly can feel like that! TXT’s songs are not only great to bop to, but they have relatable lyrics and that’s a big part of their appeal. I’m also impressed by how they keep stretching their sound, and reinventing themselves in different genres.

Coming to the world with this all English jam, “Magic” is such a fun song. With a groovy beat and retro vibes, I can imagine the members dancing to this in 70s themed clothes. “Magic” even includes an anthem at the end– “Everybody clap your hands, if you got a broken heart just take a chance!” Who doesn’t want to yell that at the top of their lungs on a car ride?

On brand for a near summer release, “Ice Cream” has a chill vibe. Despite the happy feel of the song, its lyrics actually keep with the theme of the album, which is heartbreak and the struggle bus of love. Check out some of these lyrics:

It’s like ice cream, everyone wants to be happy. I dreamed of it too, a cool dream, where everyone’s happy.

“What If I Had Been That PUMA” is a song all about choices, and being jaded in the process. Lyrics like, “I’m at a crossroads” and “probability is fifty/fifty” allude to this theme. How do you decide between A and B? As young adults, TXT will be encountering these types of problem solving scenarios often, just like the rest of us have to do. The song is down to earth and reminds us of universal human issues. Here’s a few lines from the track:

“No Rules” is such a bop! Lyrics like, “I just wanna dance until we can’t” is reflective of that youthful spirit TXT exudes in many of their tunes. This upbeat song really will make you want to get up and dance! 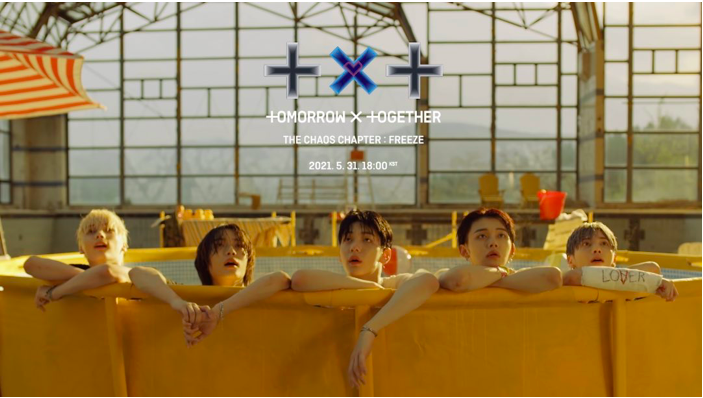 “Dear Sputnik” has a bit of a more serious tone. It is about feelings of loneliness and then finding the one that makes your world turn. They are your orbit, and you glow around them. This catchy song is a keeper.

“Frost” has an unusual vibe and feels a bit edgier than the others. The rugged vocals are back from “0x1=lovesong (i know i love you).” This song has a deeper theme, involving loss and confusion. It ends the album on a bit of a depressed note, but one that brings us full circle and sticks to the album title. Take a peek at some of the words:

I’m in a confusion led by a name. Really lost my mind. What is my destiny? What? Answer, really.

TOMORROW X TOGETHER returned with a solid album. I wouldn’t skip any of these songs. Something I especially appreciate about this album is that it not only has some strong melodies, but the lyrics are deep. You can really take the time to dissect each song message. And the great thing is, they’re relatable, too. Make sure to give this album a listen and support this amazing group.

One response to “TXT’s The Chaos Chapter: FREEZE Album Review”