They are a Japanese rock band coming into fashion in 2015, which consists of 4 members: Satoshi Fukase, Saori Fujisaki, Shinichi Nakajima, and DJ Love.

Sekai no Owari (End of the World) was named by Satoshi Fukase, vocalist right after he experienced a hard time. “Once you’ve experienced the bottom, you have to find a way to go up. So I named my band End of the World to create the strength through the music.”

In October 2014, they collaborated with Owl City on a new song, ‘Tokyo’. 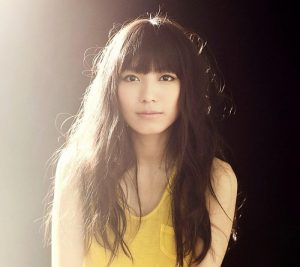 She started writing songs at 15 and playing the guitar after she entered high school. After buying a Gibson J-45 guitar with the savings from her part-time jobs, she began to play live concerts mostly in Tokyo. She debuted as a singer in 2010, while attending Keio University.

Sakanaktion is a band consisting of five members: Ichir? Yamaguchi, Ami Kusakari, Keiichi Ejima, Motoharu Iwadera, and Emi Okazaki. They created their name Sakanaction linking two words, sakana(fish) + action hoping to act swiftly like a fish in the ocean without fearing changes in the music scene. Their hard-to-categorize songs are mixture of electronic pop and alternative rock.

Sakanaction first attracted attention at the 2006 Rising Sun Rock Festival. Since then they’ve been releasing a bunch of brilliant songs including Bach no Senritsu o Yoru ni Kiita Sei Desu (Because of Listening to Bach’s Melodies at Night) whose music video caught a great deal of attention by the innovative idea that features four life-sized replica dolls of the main singer Ichir? Yamaguchi. 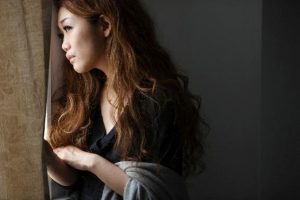 She is a Japanese jazz singer from Hiroshima Prefecture. At the age of 18, she left Japan for the US alone hoping to be a great jazz singer. While residing in New York, she was under a spell of the “New York sound,” including jazz, R&B, soul, Latin music and so on. In 2004, she finally debuted with her first single Hikaro no Naka e.

Though a jazz singer, she also releases lots of songs rather categorized as Japanese pop music. Her most popular songs include Ashita Ga Kurunara feat. JAY’ED(2009), Mata Ashita…(2011), Kono Yoru o Tomete yo(2010). 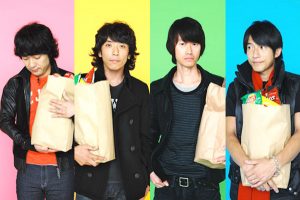 Mr.Children, commonly referred to by their nickname Misu-Chiru, is a pop rock band formed in 1988 by Kazutoshi Sakurai , Kenichi Tahara, Keisuke Nakagawa, and Hideya Suzuki. As a group, they are, without a doubt one of the most successful Japanese artists. They held the record for the highest first week sales of a single in Japan for 15 years.

He is an open-minded travel enthusiast who has traveled more than 50 countries mainly in Africa and Europe. He runs his website in cool places around the world. http://www.yoso-walk.net/