Another K-Pop? 9 Reasons Why Kazakh Pop Could be the New Wave 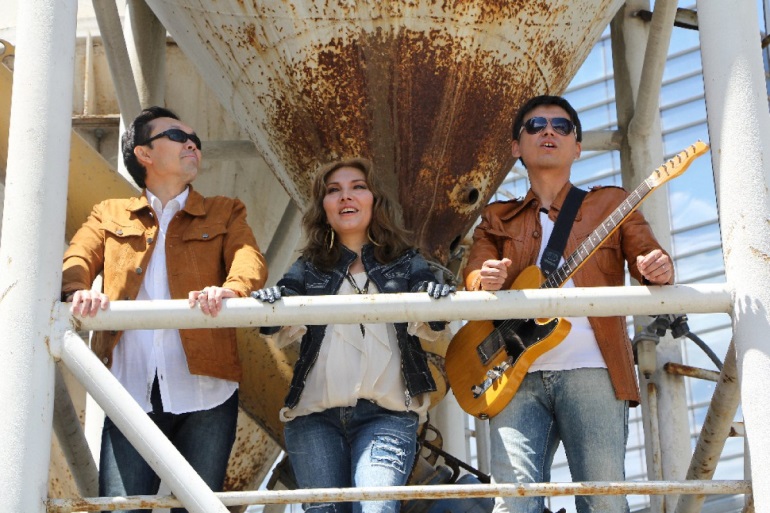 Music trends shift often from decade-to-decade, and that’s what makes the music world fun. For example, twenty years ago, who would have predicted that J-Pop and K-Pop would have gained worldwide popularity?

J-Pop’s popularity stood alone for about a decade before K-Pop rose to the top. K-Pop’s hold on audiences is now coming close to the decade mark—since many consider 2008 and beyond Hallyu’s Golden Era—which could indicate another genre may be waiting in the wings. Many think C-Pop could be waiting to take the throne, but China is still somewhat closed off to Western audiences.

Enter the surprise front-runner for a music revolution: Kazakhstan!

Predominately Muslim and Christian and home to nearly 18 million people and over 100 different ethnic groups, Kazakhstan is rich in history and considered a secular nation. With so many people from different backgrounds, Kazakhstan’s music scene has a unique flavor that makes it appealing without losing the pop sound that could make it the next music wave. Their artists already have the vocal chops and style to gain popularity outside Kazakhstan. Besides this reason, here are nine others to consider for why Kazakh pop should be on the radar for a new wave! 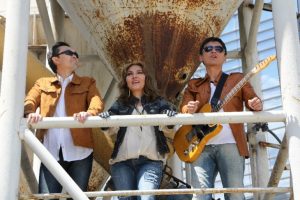 8. For those who love visuals, Kazakh artists have a lot to offer. Face it, appearance plays a large role in determining if a group or singer earns a large audience. The artists that make up many of Kazakhstan’s music groups have natural beauty to go along with their amazing vocals. If beauty is important to you, then you won’t be disappointed. Also, if you’re looking for beauty of a different sort, MVs have amazing visuals of Kazakhstan’s countryside that shouldn’t be missed!

7. There is a large variety of artists and genres at your disposal. A lot of people stereotype Asian Wave artists as young, cute, and oozing with Bubblegum Pop charm. This isn’t the case in all instances, and that’s true of Kazakh pop too. Besides younger groups, older artists and even the folk scene have a chance to make waves. Throw in a strong rap scene, beautiful ballads, and smooth R&B, you have a world of possibility to please even the pickiest music connoisseur.

6. Gakku TV focuses solely on Kazakh music and their artists. From the more internationally known groups down to the smaller local artists, Kazakhstan believes in their music artists, thus the creation of Gakku TV. The idea behind the station is to get youths into Kazahk music and “level the playing field with foreign [artists]” according to Babur Dombay, reporter with the Astana Times. This belief in their artists will go a long way if Kazakh Pop reaches international shores

5. Some techniques K-Pop and J-Pop use to gain international audiences are used in Kazakh Pop to some degree. For example, some artists like Rin’Go will incorporate English into their music to add appeal for English-speaking audiences. If audiences hear something familiar, they’re more likely to give music a shot, sing along, and possibly listen to other artists.

Additionally, the formula of singing-rapping-singing is used for some groups. If you’re used to this formula in K-Pop, you’ll easily find your footing in the land of Kazakh pop.

4. Different ethnic groups represent the ever-growing music scene. Unlike K-Pop, J-Pop, or C-Pop where audiences expect to see only Koreans, Japanese, or Chinese artists dominate, Kazakhstan has so many different ethnic groups, it’s not surprising to see people from different races or religious backgrounds in a group together. Kazakhstan is leading the way in showing how different backgrounds can come together for a common interest. It’s inspiring to see. 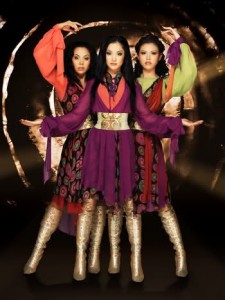 3. Parts of Asia and Europe already spread and share the music. Kazakh Pop has already gained popularity in Russia, Japan, China, and parts of Europe. Music stations both on the radio and online focus on Kazakhstan’s thriving music scene. With this, artists from Asia, Europe, and U.S. have fan bases in Kazakhstan, so the stage is set for collaborations in the future to help home-grown artists spread their wings

2. Kazakh Pop has a familiar sound. While it has traditional flair, many may enjoy familiar elements since the music has some 1980s and 1990s Western pop sound. For example, Kesh You’s “????? ???????” contains some of Michael Jackson’s soul while staying unique and memorable. Other artists, too, recall different time periods, making old new again.

1. Tradition and modern sound make Kazakh Pop “pop.” MVs from artists like Kesh You, Indigo, and FM fuse images from different ethnic traditions to give viewers a look into Kazakhstan’s unique culture. All the while, instrumentals have some Western influence while remaining true to traditional instruments like the Dombra and Russia and the Middle Eastern beats. This is the main reason Kazakh Pop stands to be the new wave: It doesn’t shy away from its roots! The heart of Kazakhstan’s people can be felt in the music, and that’s something that seems to be lost in many different genres today.

The biggest worry is if too much Western influence will negatively impact the music’s integrity to where it loses its unique aspects. Hopefully, this won’t be the case if the music comes to our shores. If Kazakh Pop becomes the new wave, it’ll be fun to see where it goes!

One response to “Another K-Pop? 9 Reasons Why Kazakh Pop Could be the New Wave”