Korean weddings are particularly intimate affairs with both guests and hosts following a set of traditional rules regarding everything from gifts to food. With particular emphasis on the traditional, Korean weddings therefore provide the perfect opportunity to dabble in original Korean cuisine which has developed over the course of hundreds of years to create highly unique and distinctive dishes. As Korean desserts slowly become part of the cultural zeitgeist, we found it pertinent to take a look at five of the most popular desserts at Korean weddings in the list below. 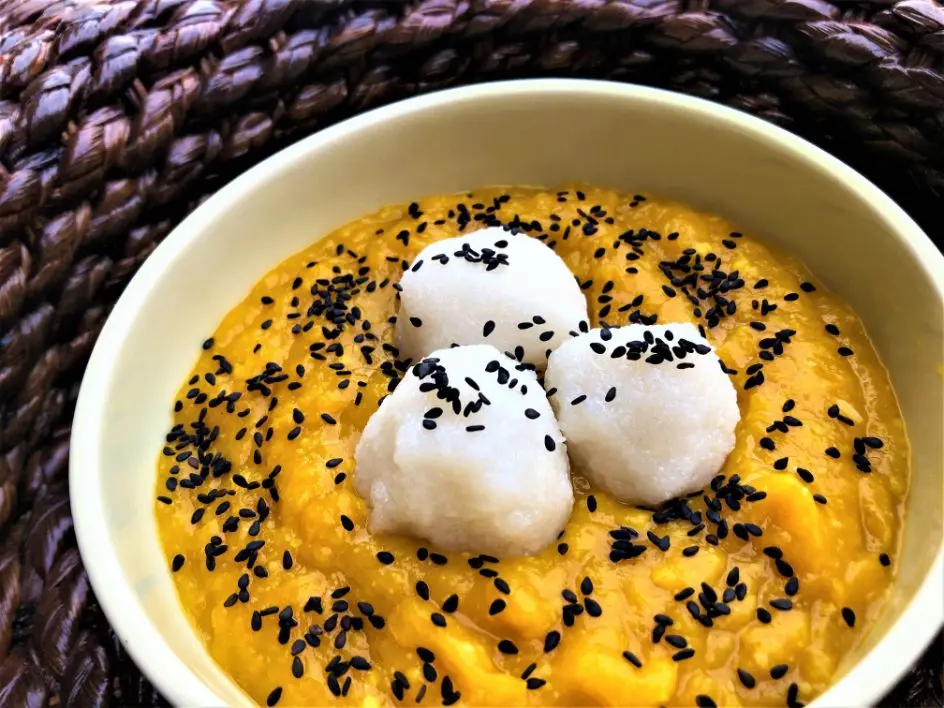 Concentrated yellow in color, Hobak-Juk is a traditional sweet dish that has steadily gained popularity at Korean weddings. The main ingredient here is Korean cheese pumpkins that are sliced and added into glutinous rice flour. The mixture is then boiled and seasoned with several options such as black beans and rice cake balls before serving. Alternatively, sesame seeds may also be utilized for garnishing. Hobak-Juk is quite sweet and frequently served in bangjja bowls, bronzeware that is quite popular in Korean communities. The dish’s simple texture makes it a popular choice at weddings and it is usually one of two or more dessert options at such ceremonies. 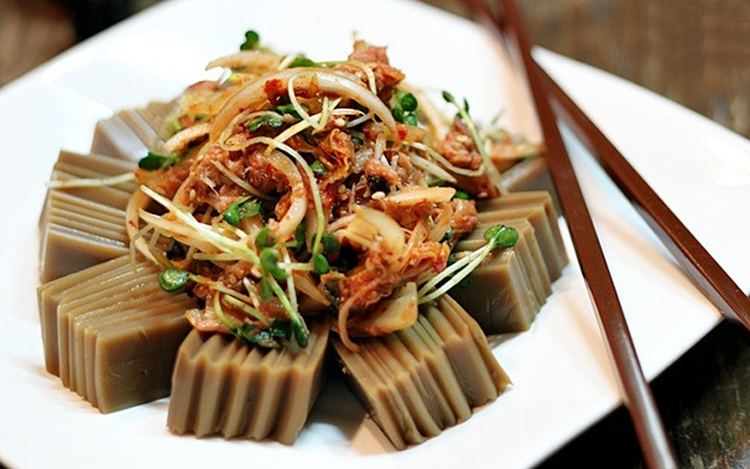 Loosely translated into Acorn jelly, Dotorimuk is a sweet delicacy popularly served on special occasions such as weddings. Making Dotorimuk is a pretty complex process as fresh acorns are first grounded and then mixed with water. The mixture is then boiled and forced to go through another series of processes which results in its final form that resembles brown jelly. This brown jelly can then be made into any required shape with the help of designated utensils. Decorated with sesame seeds or slivered carrots, the final dish is presented to guests in individual single serving plates. 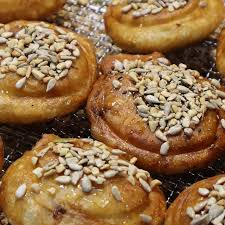 Although more commonly known as a street food in Korea, intricate forms of Hotteok have in recent times, become part of the wedding menu. Made from wheat flour, milk and sugar, these pancakes are usually filled with brown sugar, peanuts and cinnamon to give them a unique taste. Recent modifications to this age old dessert includes honey glazing, coconut shavings topping and even a serving with vanilla ice cream. The high sugar content of the Hotteok makes it a favourite at wedding dinners and more and more millennial Koreans are deciding to have this particular dish at their weddings. Whilst Hotteok is not the primary dessert at weddings, it is usually a member of a trio of sweet dishes presented to the guests. 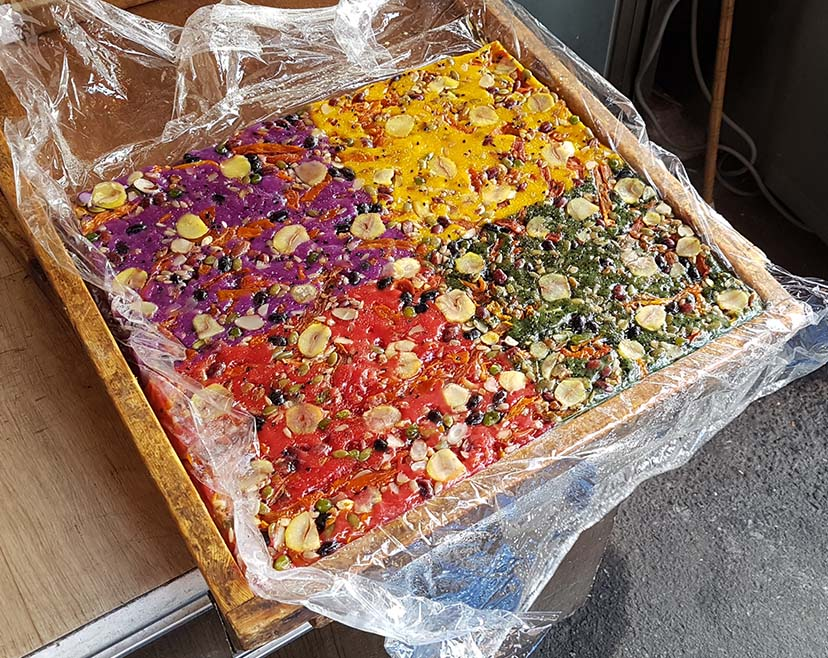 Made in a variety of colors and with different types of fillings, Korean rice cakes (locally known as Tteok) are a must at every family affair. Shaped into form using steamed rice, Tteok may contain a variety of fruits, fragrances and flowers that add to its sweet and savoury flavour. The most popular rice cakes at traditional weddings are Bupyeon, made with soybean, cinnamon, honey and jujube. Considered to bring good fortune to those who consume it, Korean rice cakes have slowly become part of the dessert menu at weddings after years of being associated with the Korean New Year. The cakes are usually served in tandem with another dessert, usually Hoddeok. 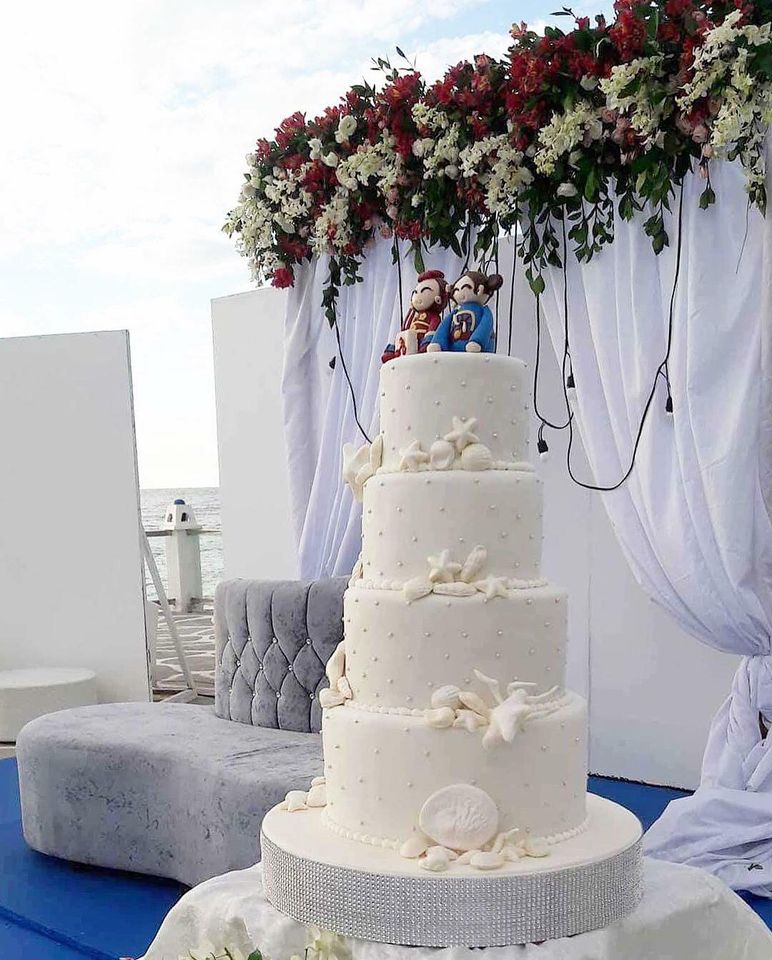 The star of any Korean wedding is the wedding cake. Usually consisting of three or more tiers, the Wedding Cake is decorated with either edible flowers or other embellishments to give it a royal look and feel. Each layer of the cake is encapsulated with white frosting and the top of the cake may have figurines in likeness with the bride and groom. Frequently placed at the center of the venue where all guests can take a peek at the marvellous beauty of the cake, the cake is usually served to the guests themselves at the end of the wedding. With both the level of intricacy and the height of the cake representing the wealth of the bride and groom, the wedding cake has become the most important dessert at Korean weddings.