It will be featured in the advertisement for “Magic: The Gathering” the trading card game that holds Guinness World Records! 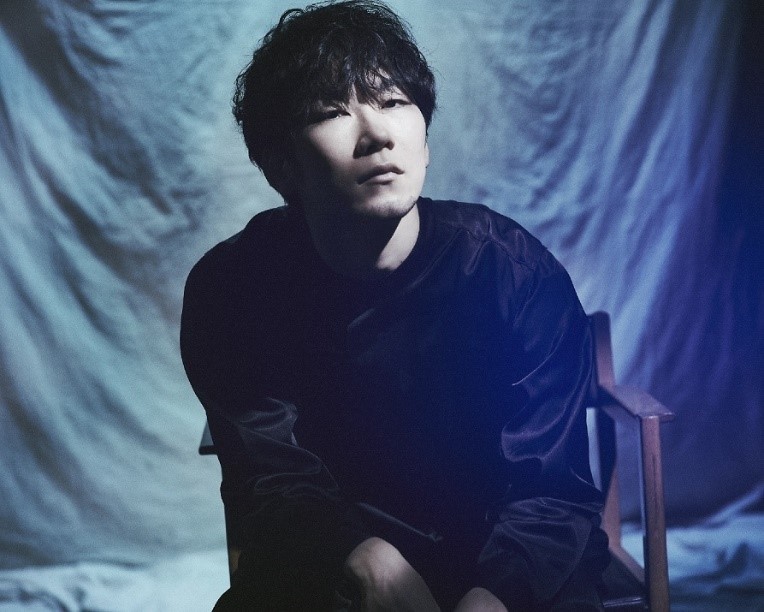 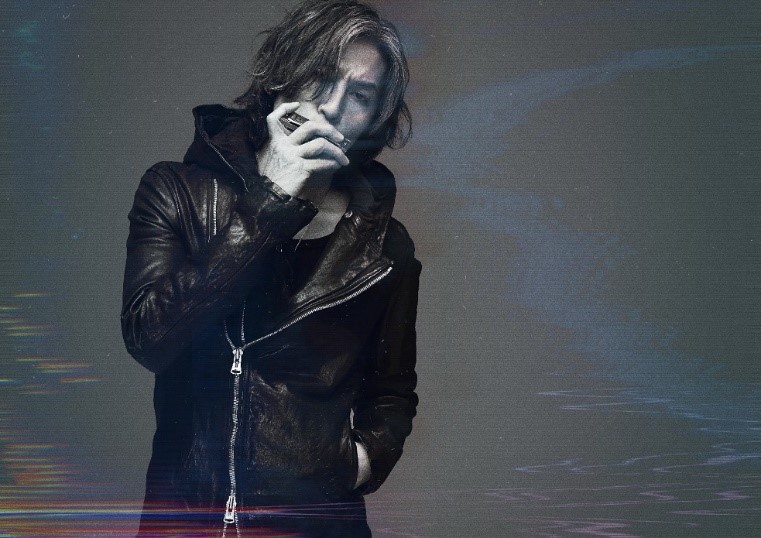 TK from Ling tosite sigure announced two new songs with guest vocalist Koshi Inaba (B’z), which will be released as a double A-side single “As long as I love / Scratch (with Koshi Inaba)” on March 16.

“As long as I love (with Koshi Inaba)” is a rock number with lyrics written by Inaba and music composed by TK. This song with Inaba’s powerful vocals along with TK’s intense guitars and his typical roller coaster-like composition will make everyone explode with excitement. On the contrary, “Scratch (with Koshi Inaba)” is a stunning ballad with a sad, solemn piano and strings, and the powerful voices of the two singers will touch all hearts.

“Scratch (with Koshi Inaba)” will be used in an animated advertisement for “Kamigawa: Neon Dynasty” which will be released on February 18. This is the latest product of the original strategic trading card game “Magic: The Gathering” which has over 40 million players and fans worldwide. The song will be available on YouTube and other sites from noon on February 16 and will also be available for pre-order on music distribution sites from 0:00 on February 17.

This collaboration came about from TK’s strong respect for B’z which impacted him since he started playing the guitar during his schooldays. To close off the 10th anniversary of TK’s solo project, he sent Koshi Inaba a demo and the project became reality.

In October 2021, on the occasion of TK’s 10th anniversary solo project, he released a best album “egomaniac feedback” including new songs and those collaboration songs with various musicians created a buzz.

In November, when Spotify had their 5th anniversary in Japan and announced various rankings, TK’s song “unravel”, which was the opening theme song for the anime “Tokyo Ghoul” released in 2014, ranked first in the “most played Japanese songs overseas” ranking. It will soon reach a total of 200 million streams and has a great reputation overseas, especially in Europe and the United States.

The new single with Koshi Inaba, Japan’s leading vocalist who needs no further introduction, is a must listen to.

I’d always stay in my room, constantly playing B’z on my guitar. Their sound fascinated everybody and of course I was also blown away by their sound too. In this dream-like collaboration, Inaba-san listened and paid close attention to all my detailed requests. It was surreal and every single moment that he was involved in has been engraved in my new musical DNA. The voice that could be heard right next to me, sounded even more radiant than ever before, and it felt like an essential element was being poured from an unreachable place. The person that opened the doors to music for me, continues to be an overwhelming existence that still shook my heart, and it was a collaboration filled with joy. I hope that this song will leave a lasting impression for many people.

When I was approached about this project, I had no idea what TK and I would be able to create together. So, we started on the premise that if we create something interesting and we’re both satisfied, then we would release it. And the moment I listened to the first demo he sent me, all my hesitations disappeared, and I let the momentum of TK’s creativity take over and ran with it until the end.

TK is a musician with great ears, open-minded with lots of ideas and above all has the ability to hold stimulating conversations. I am grateful for the wonderful musical experience.

And, of course, the finished song is amazing. 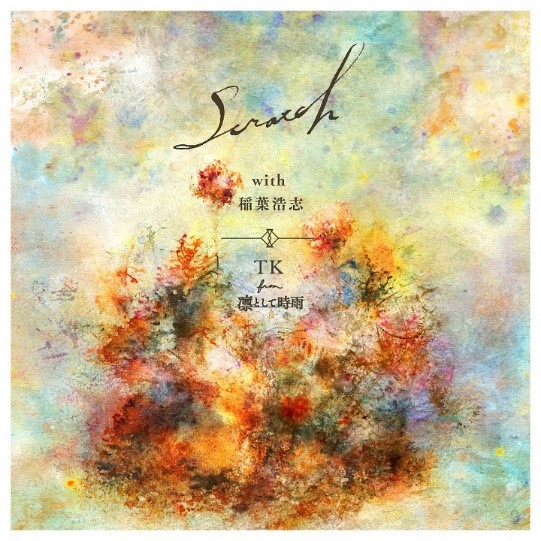 He is the frontman, vocalist, and guitarist of Ling tosite sigure. He is in charge of all the music, lyrics and engineering and expresses his music with a sharp and original perspective.

The song “abnormalize” released in 2012 created a buzz as it was the opening theme of the anime, ”PSYCHO-PASS”.

In his solo project “TK from Ling tosite sigure”, he has taken on a wider range of forms of expression, from band style with piano and violin to solo acoustic.

Among the various rankings released during Spotify Japan’s fifth anniversary in November 2021, “unravel” which was the opening theme for the anime “Tokyo Ghoul” released in 2014, ranked first in the “most played Japanese songs overseas” ranking and will soon reach a total of 200 million streams.

In 2019, his song was chosen as the theme song for the Japanese release of the animated film “Spider-Man: Into the Spider-Verse” and has been highly acclaimed from Japan and abroad.

In 2021, he released a best album “egomaniac feedback” to commemorate the 10th year of his solo project. And the collaborations with milet and Kosuke Saito (UNISON SQUARE GARDEN/XIIX) drew much attention.

He has provided music for the popular Japanese idol SMAP, Aimer and Yuko Ando, and is active in a wide range of fields.

Debuts as B’z in 1988. He is the vocalist and writes all the lyrics.

In 1997, he released his first solo artist album “Magma”, for which he wrote, composed, and arranged all the music. With the diverse sound, lyrics projecting his personal side, and the overwhelming yet delicate vocals, he established his identity as Koshi Inaba the musician. In parallel with all the B’z creative and concert activities, since 2004 Inaba has been holding solo tours titled “en”, a word that he cherishes in his solo project. Since 2017, he has also teamed up with guitarist Stevie Salas to release two albums as INABA / SALAS.

■What is “Magic: The Gathering”?

“Magic: The Gathering” was created in 1993 in the United States. It was developed by mathematician Richard Garfield and is published in 11 different languages in over 70 different countries, with over 40 million fans and players. The goal of Magic is to win by meeting the victory conditions such as summoning powerful creatures and drawing powerful spells that can lower your opponent’s life to zero. With new card sets being released throughout the year, the games environment constantly changes.

In the feudal Japan-inspired distant future setting of “Kamigawa”, the animation depicts the story of the “bond” between the two main characters “Kaito Shizuki” and ”The Wandering Emperor”. The animation production was handled by WIT STUDIO, a company that produced the famous works such as “Shingeki no Kyojin (Attack on Titan)”, “Osama Ranking” and many more.

It will premiere on the official YouTube channel at noon on February 16 (Japan time). 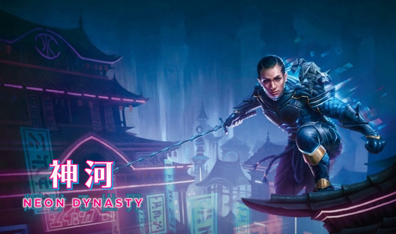 The newest set is a tribute set depicting the story 2,000 years after the “Kamigawa” block of “Champions of Kamigawa”, “Betrayers of Kamigawa” and “Saviors of Kamigawa” released in 2004 and 2005. This past set featuring creatures such as samurai and ninja with the abilities such as Bushido and Ninjitsu is popular amongst the Japanese fans too.

In addition, this Set Booster pack includes Side Loaders (34 variations), and if you win the special one, you will receive a foil-spec card autographed by the artist himself in a specially designed, serial-numbered acrylic frame (with the autograph data printed)

by a Japanese artist. The Japanese taste condensed

into a small card is a unique element of Kamigawa.

■What is MTG Arena?

“Magic: The Gathering Arena (MTG Arena)” is a free-to-play digital collectible card game for PC and mobile devices that allows one to play Magic easily and professionally. With intuitive controls, powerful performances, and a matching system that instantly connects you with players worldwide. It offers a different Magic from the table-top experience. MTG Arena has been adopted by numerous tournaments and is now leading the way for Magic as an e-sport.

Company ：Wizards of the Coast LLC