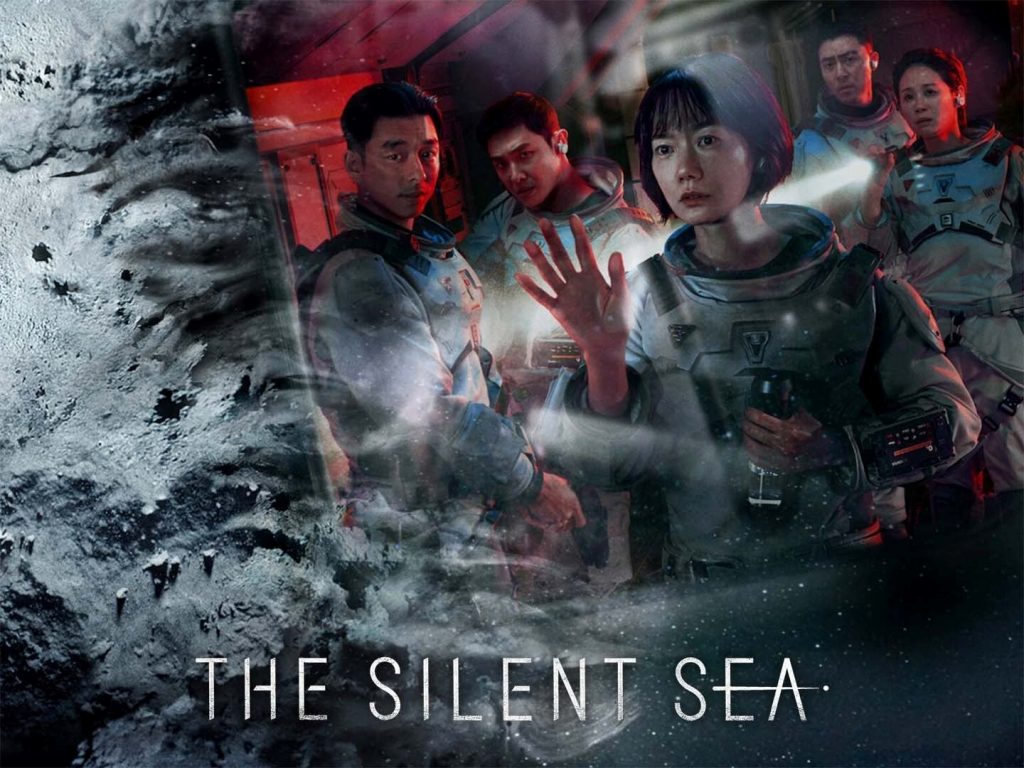 Following the huge popularity of Squid Game, I thought this might be the next big thing. Though Single’s Inferno (a reality dating show) seemed to take the cake, The Silent Sea was still a great watch and here’s why (spoilers ahead).

Plot: The plot is compelling from the very first episode, and was easy to understand. The earth is losing water, humans are having to ration, and we need a solution! Go to the moon’s space station, they said…all the people there died five years ago but it’s okay now, they said. The tension was there from the start.

I also like that this show doesn’t oversaturate the plot. It adds more information with every episode. The water, the spy, the alien girl, why the captain was so calm going to the station–it peeled back the layers but left enough questions that I had to watch episodes back-to-back.

The core mysteries were all answered before the end of the show, allowing viewers to feel a sense of satisfaction, whilst still allowing room for a possible season 2. Plot: 9/10

Setting: Being locked into any building adds tension to a story, so the fact that they are trapped on a space station is great material. I found the aesthetic of the station to be pleasing to watch, too. From the clean cut corridors and bright control room, to the overgrowth of the sample storage centers and the alien girl’s bedroom. The station itself held a piece of the puzzle with the drawings of eyes everywhere and the little hints it left behind of the danger it contained inside its walls. Setting: 8/10 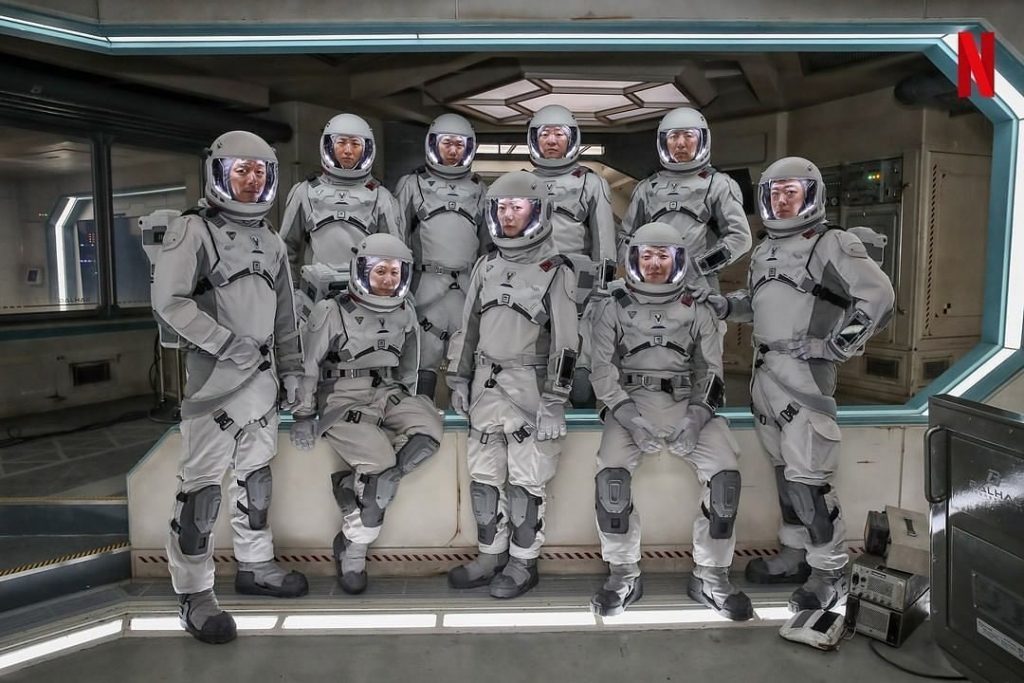 Characters: Dr.Song was a great main character, as she had personal interest in the mission to the moon. We also get to see her humanity (giving the cat water, how she views the world compassionately, and the questioning of the captain). She is inspirational and relatable all at once, and the perfect match to deal with Luna 073.

The Captain, Han Yun-jae, being kept a bit of a mystery helped propel the pacing. Eventually, we learn the heartbreaking story of his daughter and see that he is not a cruel man but rather motivated by saving his child. This backstory brought an entire new light to his character and was perfectly timed.

The major spy, Lieutenant Ryu Tae-Suk, was built up as the villain. But in the end, we come to find he was a tormented soul after having to trap and kill the scientists on the station five years prior. His motivation was not fully driven by money, but by revenge and justice. This final revelation to his character makes me want to rewatch the entire show. Characters: 8/10

Theme: Themes of survival penetrate most of the show. First, the motivating factor of personal survival. With the promise of a high-ranking card to get water for you and your family, it’s enough to make anyone want to go to the moon. Then comes the survival of one’s country–with access to water, it really is a race to see who would have this resource to distribute/sell. I really liked when the Captain found out the secret of lunar water, he said that the information belonged to the world. It’s not hard to imagine this being a real situation on our planet and a country wanting to profit from human needs.

Luna 073 brought a whole new element to the show, as it made the cast and viewers question ethics. Is the child a monster or human? Is cloning okay if it means helping the entire human race? Can we do intense human testing on a clone? What gives a human being value, is it intrinsic or something that society decides? I enjoyed pondering these questions as the show continued to unveil new moral dilemmas. Theme: 8/10 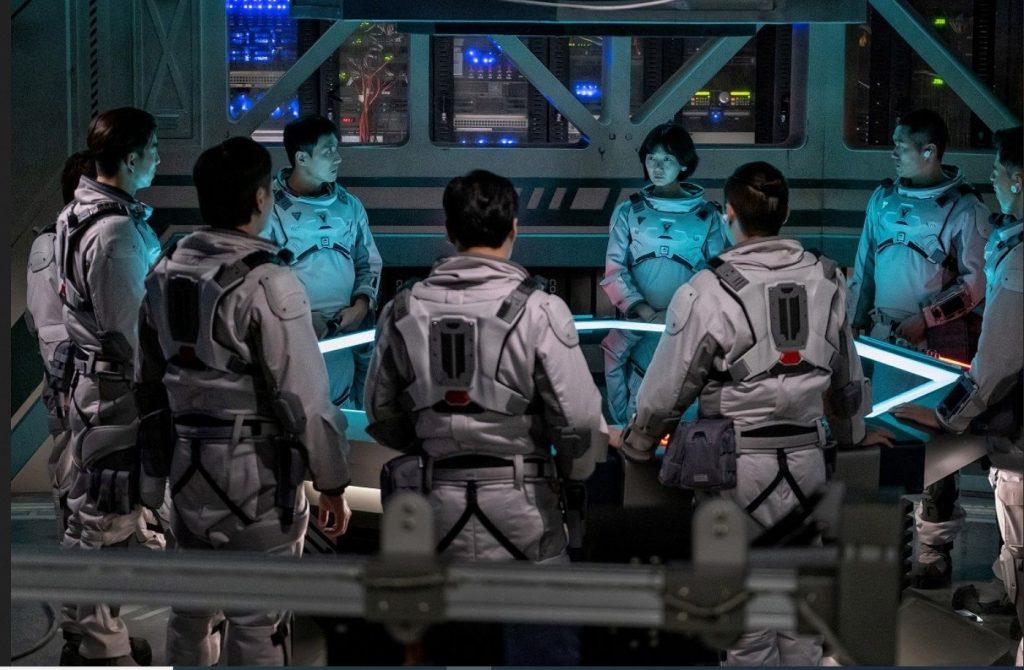 Here are the things I’m wondering for the next season: What will the government do with Luna? Will they silence Dr.Song, the Captain, and Dr. Hong Ga-young? Will the Captain’s daughter be saved or will they use her as a means to keep her father silent? Has information about lunar water been told to any other nation? If there isn’t a second season, I’m not going to riot but I do think there’s a lot of room for this story to keep going.

Overall, I really enjoyed this show. I actually watched it all in one sitting (gotta love those short episodes). It has a solid plot, character base, and intrigue. The perfect combo for an action thriller! Final: 8/10