The Beauty Inside: A Lacking Film about an Old Cliché

The Beauty Inside: A Lacking Film about an Old Cliché

In 2015, Yong Film and Next Entertainment World released The Beauty Inside, a film based on the 2012 book, Every Day. The plot follows Woo-Jin (played by multiple actors and actresses throughout the film), a soul who wakes up in a different body every day, a phenomenon that started suddenly when he was a teen. Woo-Jin does not know what body he will wake up in each day, so he could wake up as a child, an elderly person, a woman, or a man. The only way he can avoid change is if he stays awake.

While the premise sounds interesting (and it is), it’s not original as The Beauty Inside has been done before as a 2012 US mini-series starring Mary Elizabeth Winstead and Topher Grace, and again in 2018 with the US-released Every Day. Emilia Clark (Daenerys Targaryen, The Game of Thrones) has been announced to star in another US remake that’s set to be released in 2018 or 2019. If something works, just keep doing it, right?

In the 2015 Korean release, The Beauty Inside follows Woo-Jin as he is “reborn” daily in a new body. Only his mother and a close friend know about his condition as he stays hidden from the world as a reclusive furniture maker. With each new identity, he does venture out into the world, but no one knows he is the same Woo-Jin as the day before. 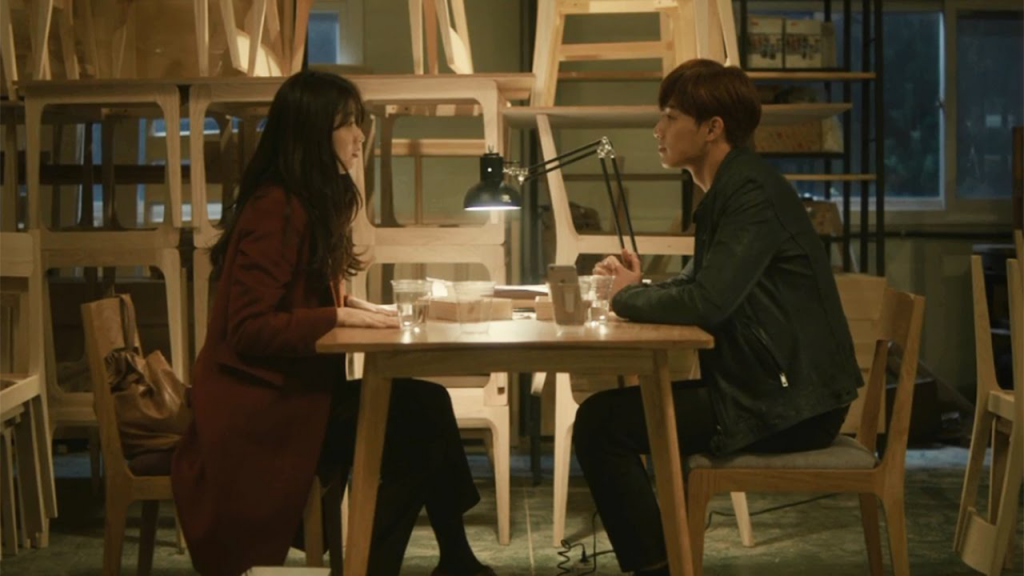 As Woo-Jin changes, one thing remains constant: His love for Yi-Soo (Han Hyo-Joo). Yi-Soo works for a local furniture store that sells Woo-Jin’s custom-made pieces. While at the store, Woo-Jin meets Yi-Soo, falls for her, and since that chance meeting, Woo-Jin makes many attempts to get to know Yi-Soo despite his unusual condition (at some point, the actions come across as almost stalkerish, but in some K-Dramas and K-Films, this is the epitome of romance). While living as one of his handsome hosts, he and Yi-Soo fall in love, thus beginning the journey of shock, acceptance, and the test of love that will either bring the pair closer or tear them apart.

Of course, we all the conclusion because it’s a fantasy-romance film.

While The Beauty Inside does have a promising premise, the story is slogged down by slow pacing, jilted dialogue, and dreary settings that make the film darker than it actually is. The film is like living in a permanent state of beige where everything feels dirty and needlessly sad. The dark scenery and sharp furniture lines make the movie feel cold and unfeeling, so if The Beauty Inside wants the audience to feel for the characters, Woo-Jin’s affliction, and the beauty of love, the positivity is lost because it’s masked by various shades of brown and grey. Even the camera work has slight sepia tones, so there is no escape from the brown mood. 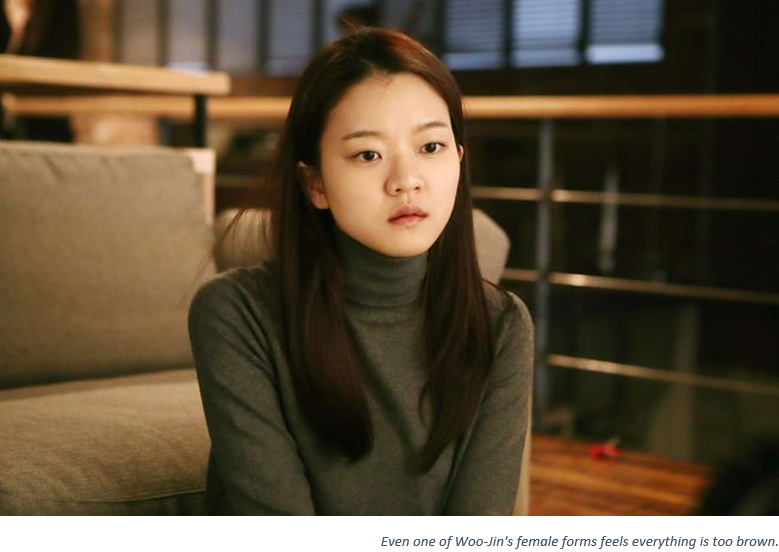 The film plays on the cliché of “it’s what’s on the inside that counts,” which is true because outward appearance shouldn’t matter in love. As the relationship between Yi-Soo and Woo-Jin develop, we see Yi-Soo needing to not only fall in love with the handsome Woo-Jin she initially fell for, but for elderly people, women, and children (yes, children, so there is a weird “ick” factor even if Yi-Soo pretends her boyfriend is a friend’s child) that all make up the many facets of Woo-Jin’s existence. While it’s endearing to see Yi-Soo learn to accept the changes Woo-Jin undergoes daily, it’s also cheesy because of how far the love-over-outer-appearance cliché is driven into the viewers’ heads. Throughout the film, there’s barely any conflict between the characters except for some slightly uncomfortable scenes and a period of absence, so Yi-Soo’s acceptance of the unexplained body swaps comes across as unrealistic.

Sadly, the relationship between Yi-Soo and Woo-Jin’s many forms comes at a price as there is zero chemistry between Han Hyo-Joo and any of the actors and actresses playing Woo-Jin. This is a two-fold problem due to Han’s lack of presence (meaning that she seems to be phoning in her performance) and the inability to connect with a costar for longer than five minutes. One thing Han does do well is smile and stay in what seems like various stages of surprise (there is an ordinate amount of time spent staring), but the acts grows thin because she lacks a solid emotional range.

The film does provide many humorous moments in the form of visual gags. Woo-Jin is prepared for any identity that comes his way thanks to his collection of glasses, belts, and various clothing items. The way the camera pans across these items speaks volumes about the amount of identities Woo-Jin possesses, and it’s funny to watch how he measures his foot size, checks his glasses prescriptions, and tests outfits for his body-of-the-day. Similarly, there is some sad humor in how he uses his attractive alter-egos for one-night stands, making Woo-Jin a player. However, this does lead to some questionable plot holes in the film. If Woo-Jin is unaware of who he will turn into each morning, with his one-night stands, how does he have the right apparel on him for his grand escapes? This is one of the few elements that are unexplained in the film, so some of the holes do somewhat take away from the overall story. Other issues include the lack of explanation for his condition as well as the reveal at the end of the film (watch the credits) that also don’t help the mystery.

Overall, The Beauty Inside is a film for people who like the color brown and clichés, but that’s about all it has to offer as the story is slow and action is dull. For those who enjoy romance without the chemistry, this movie is also for you and available on Netflix!

The Beauty Inside earns a 2/5.