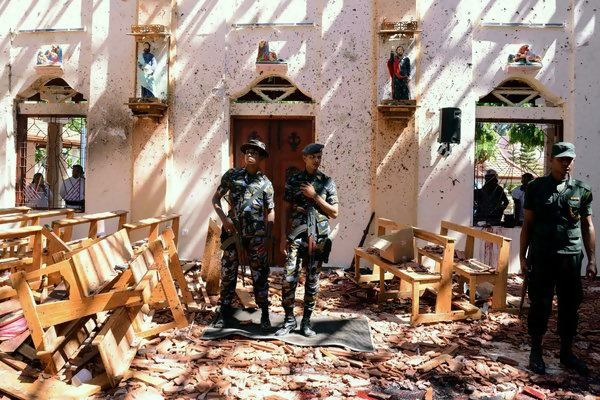 On Easter Sunday, April 21, 2019, a wave of bombings killed over 300 people and injured dozens in what authorities consider an organized act of terror even though a group has yet to come forward claiming responsibility. Eight suicide bombings occurred across Sri Lanka in Kochchikade, Negombo, Colombo, Dehiwala-Mount Lavinia, and Batticaloa. The attacks are considered the country’s worst since the civil war ten years ago.

At around 8:45am local time, the attacks occurred at churches and hotels on the Western part of the country apart from Batticaloa to the East. In three of the cities, the attacks occurred during Easter services at St. Anthony’s Shrine in Colombo, St. Sebastian’s Church Negombo, and the evangelical Zion Church in Batticaloa. The Cinnamon Grand, Shangri-La Hotel, and The Kingsbury in Colombo were also attacked during the simultaneous explosions, while a seventh blast occurred at a hotel in front of the Dehiwala Zoo in Dehiwala-Mount Lavinia. During a police raid, another blast occurred at a private house in Mahawila Gardens, Dematagoda. During the raid, three police officers were killed.

“When crime division officials started questioning the people in the house, two explosions occurred,” police spokesman Ruwan Gunasekara said. “One sub inspector and two constables of police have been killed.”

On Sunday evening, a large pipe bomb was found on a road leading to Colombo’s airport’s main terminal and defused by the Sri Lankan air force.

“It was a homemade bomb, with explosives put into a pipe,” a Sri Lankan police source said.

“It was a crude six-foot pipe bomb that was found by the roadside,” an air force spokesman said. “We have removed it and safely defused it at an air force location.”

As of this writing, police still do not know who carried out the attacks, but 24 people have been arrested in connection to the bombings based on intel received during the investigations. Among those arrested include a driver that allegedly took suspects to the Colombo area to carry out the attacks; the driver’s van was also seized.

“There is also information that these have been suicide bombings carried out,” Manisha Gunasekera, high commissioner of Sri Lanka to the United Kingdom, said.

According to The New York Times, Sri Lankan officials received intel that church attacks may occur. In an advisory sent by the Sri Lankan police, police warned government officials.

“You should instruct all personnel to pay strict heed to this report and be extra vigilant and cautious of the V.I.P.s and locations coming under your purview,” wrote Priyalal Dassanayake, the deputy inspector general.

The report, received ten days prior to the attacks, named a radical Islamist group, National Thowheeth Jama’ath, as the possible suspects to carry out the attacks. However, it is unclear if safeguards were in place. Sri Lanka’s prime minister pointedly said he had not been informed of any intel regarding the potential for attacks. 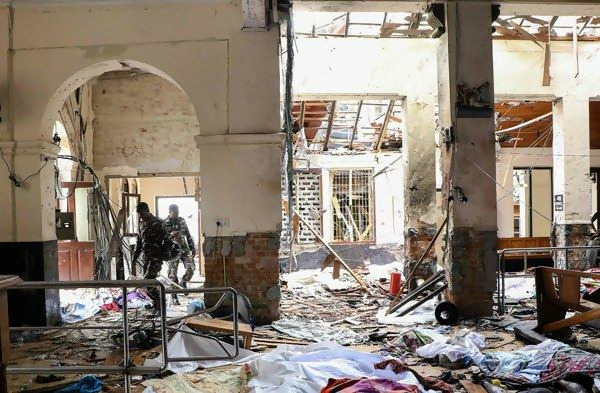 “This is an attack against the whole of Sri Lanka because Sri Lanka is (a) multi-ethnic, multi-religious and multi-cultural country, and the whole country comes together in celebration of Easter Sunday,” said Gunasekera.“These are certainly acts of terror.”

“We mourn the loss of innocent lives due to extremist and violent elements who wish to create divides between religious and ethnic groups to realize their agenda,” the Muslim Council of Sri Lanka said in a statement.

In a statement, the Minister of Finance, Mangala Samaraweera, said the attacks are “a diabolical attempt to create racial and religious tensions in this country yet again, thereby pulling the country backwards.”

As the death toll continues to rise, police already confirmed that at least 30 foreigners were victims of the attacks as well. Among the dead, two were Chinese citizens, while others include five British nationals, two victims that had dual citizenship for the United States and the United Kingdom, two Turkish nationals, three individuals from Denmark, and three people from India.

“I call upon all Sri Lankans during this tragic time to remain united and strong. Please avoid propagating unverified reports and speculation. The government is taking immediate steps to contain this situation,” prime minister Ranil Wickremesinghe said.

In addition to the social block, officials have instilled a country-wide 6pm curfew that is expected to last until Monday.

Clarification on curfew: to kick in from 6 p.m. this evening till 6 a.m. Monday, according to president’s office reports @Meerasrini ��https://t.co/fwEEywAuAY

Amidst the chaos, Sri Lankans are coming together to help those in need as volunteers rushed to donate blood.

“Buddhist, Christian, Hindu, Muslim & others are donating because we are humans with the same blood & same spirit of compassion. Nobody can deny our common humanity,” the Minister of Finance, Samaraweera, said.

The investigation is rapidly developing with information coming out hourly. We send our thoughts to the victims and to Sri Lanka, and we wish for peace for all people so senseless tragedy and hate will stop.