My Friend Is A Super EXO Fan

Today, I would like to introduce you to Grace, who is a great friend of mine and I’m going to be interviewing her about her favorite Kpop idol group.   Before we get to the interview, I want to talk more about her, so it kind of gives you an idea of what kind of person she is.   Grace loves to write stories and she actually has her own blog where she writes a lot on.   The stories are about her favorite idol group, which we’ll talk about soon, but she has a lot of people who read her stories and her blog is getting more views each day.   We’ve been friends for about 6 years now and we know pretty much everything about each other.   Anyway, lets get to the interview now before I go on and on about my friend and I.

What made you become interested in them?
“I wasn’t into them at first, but when I watched their ‘Growl’ music video, I was really surprised by their dance performance and half way into the chorus I found my self singing along with them.”

Are you a member of their fan club?
“YES.   A few weeks ago their company SM Entertainment made an official fan club page for the fans and EXO members.   For the first couple of days, I couldn’t sign up for a membership, because so many fans were trying to sign up all at once so I had to wait a couple of days.  They have over 2 million fans signed up for the page!   How crazy is that?” 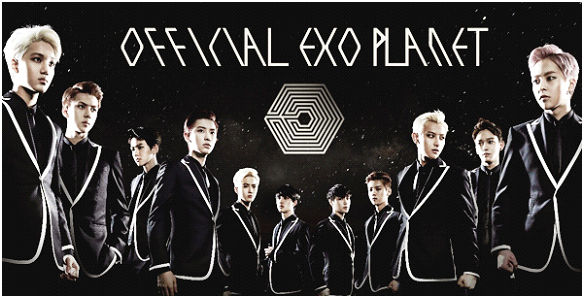 Have you ever been to their fan meetings or concerts?
“No I wish!   If they held concerts or fan meetings in my state, I would totally go.   I can’t afford to travel.”

Who is your favorite member out of the group?
“I like all the members but Sehun is my favorite!   He’s just so dang attractive!”

Have you bought any of their songs, cds, posters, backpacks, clothing, etc.?
“I have all their songs Korean and Chinese versions on my phone and also on my computer.   I don’t have any cds, posters, or backpacks, but I do have a shirt that matches with one of their performance shirts.”

What is your favorite song from their latest album?
“All their songs in their new album are really good, but I think I’ll go with ‘Overdose.’ Overdose is their title song for the album and it has some really cool beats.   Oh, and their dance is amazing too.”

How long have you been a fan of EXO?
“For about a year now.  Like I said before, Growl is what got me interested in them and that song was released last summer.”

What do you like about EXO?
“I like how it’s such a big group with 11 members and every one of them has their own unique style that makes people just fall for them.”

Which member is the funniest?
“Baekhyun for sure!   He’s the loudest, craziest member out of EXO.   He always imitates Tao, because he likes to whine a lot and Baekhyun does a really good imitation of him.”

Have any members been in a drama or movie?
“D.O is in a drama right now called ‘It’s Okay, That’s Love’ and he also has a movie coming up called ‘Cart.’   Recently, Chanyeol was cast for a movie called ‘The Last First Love.’

Who is the best singer out of EXO?
“They’re all good singers, but the best one would have to be Chen!   Chen is such a good singer; his voice range can either go really low or very high.  He can pretty much sing any note he wants, it’s crazy.   He also sang his first solo OST for a drama ‘It’s Okay, That’s Love’ that D.O is in.”

Who was the first member that got you interested in this group?  Is this person still your favorite?
“The first member that got me interested was Kai.  I’ve always been into dancing and when I saw Kai dance, I instantly fell in love.  He has very good dancing technique and is the main dancer of EXO.  He did ballet for a couple of years and people say that if you do ballet, you can do any kind of dance.  No wonder he’s so good!  I still love Kai but now my favorite member is Sehun like I mentioned before.”

What was your thought on Kris leaving the group?
“It was very selfish for him to leave the group like that.  If he had problems with SM, he should have tried to work things out.  For him to ditch the group especially right before their first concert just shows he didn’t care about the members or the fans. Kris leaving the group was a shock to all the EXO members and to fans.  But in some ways, I guess it’s a good thing because now, the 11 members are stronger than ever.”

Well, thanks for letting me interview you!  Even though I’m a fan of EXO myself, it was cool to get to know more about your thoughts, because from my point of view, I would have answered every single one of those questions differently! 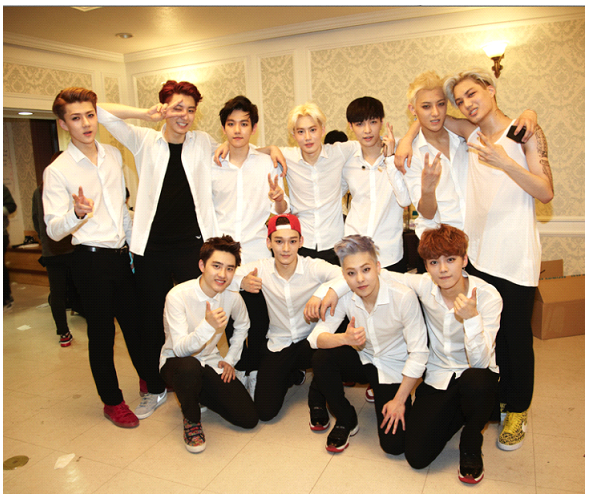