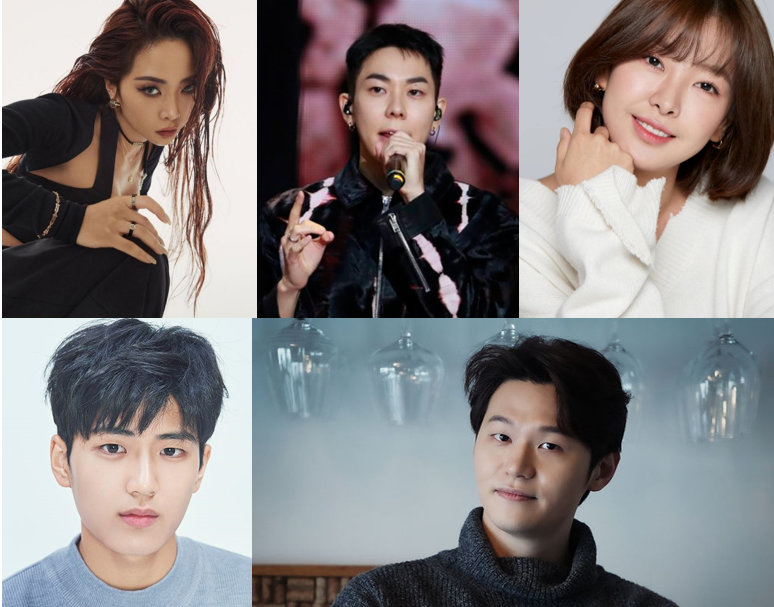 Love is in the air for several K-celebs as a parade of marriage announcements came out this week!

“Go Won Hee is getting married in October,” her agency, Management KOO said. “A quiet ceremony will be held with a small amount of people.”

According to Munhwa Ilbo, Go’s fiancé is the CEO of a diet supplement company.

A day prior on September 15, Honey J, the leader of the hip-hop dance crew Holy Bang and Street Woman Fighter participant, announced through Instagram that she is getting married and expecting her first child!

Hello, this is Honey J.

I’m not used to uploading long posts in this space so I’m a bit nervous. However, I wanted to personally announce to everyone the happy news that has recently come to me and share that happiness together, so I’m carefully uploading this.

I, who have always considered love as the most precious, have met someone who makes me want to dream about a future together and we made a promise for a lifetime. He’s someone who always thinks of me first and is overflowing with love and thoughtfulness. I too want to become a person like that for him.

Before the year ends, we will hold our wedding and take one step towards our future together. I hope you will cheer on my future with my partner, who when we’re together, makes me happier than anyone. We will live happily for a long, long time.

Not too long ago, a new life came to the two of us. I will try to meet this precious and small life who has shown me what happiness that cannot be expressed in words is, with all my love and sincerity. Even in the moment that I’m writing this, I’m going back and forth between feelings of overwhelming joy and responsibility.

I’m sincerely happy to be able to share this news with everyone who has sent me love and attention so that I can learn to be thankful each and every day. As everyone’s unchanging dancer, I will always remember this feeling, repay it, and live prettily. I ask for lots of support and blessings.

In August 2022, Honey J, who is signed to Jay Park’s label MORE VISION, made her debut as a singer with the single “Honey Drop,” which features Lil Cherry, making this year a very good year for her!

“I plan to spend more time with my best friend, who’s been sharing the same memories with me for a long time,” Kim wrote on Instagram. “I’m getting married on October 8! I’ll visit and greet each and every one of you, but for those of you who I can’t meet in person, I’ll contact you. See you at the wedding. Please come and celebrate with me.”

Kim, who is known for his roles in Melting Me Softly (2019) and Single & Ready to Mingle (2020), has been dating his non-celebrity girlfriend for five years.

“This November, Lee Hak Joo will be starting a new chapter in his life,” a company representative said. “The bride-to-be is a non-celebrity and has promised to be Lee Hak Joo’s lifelong partner based on deep trust and love with him.”

Also on September 13, rapper LOCO dropped his own marriage news on his personal Instagram. LOCO will be marrying his non-celebrity girlfriend of two years. However, as he shares on Instagram, his now-fiancée was a childhood friend!

Right after being discharged from the military, I met a friend of the same age who I grew up with in the same neighborhood when we were children. For some reason, I was excited about spending time with them, and our relationship quickly developed into more than friends.

Over the past 2 years, we’ve consistently respected each other’s careers and shared precious and happy times together. We then naturally promised each other the rest of our lives.

She understands me more than anyone else and is a friend to the honest me, who’s not confident and nervous off the stage. Thanks to her, I think I can feel the happiness of my daily life without anxiety and be unafraid of making a choice for myself. The fans probably know this, but she’s also the ‘soy latte’ girl that I mention a lot in my lyrics.

Though we’re still cautious about COVID-19, we decided to quietly hold a ceremony with our close friends and family this fall. I wanted to thank you for always supporting me as I tell you this decision.

It’s already been 10 years since I debuted. Thanks to my fans, I’m always thankful and continuing promotions with an overwhelmed heart. The work I plan to do this year is on schedule, and as usual, I’ll continue to see you through performances and albums.

September appears to be the month for romance. Congratulations to everyone for their marriage news!