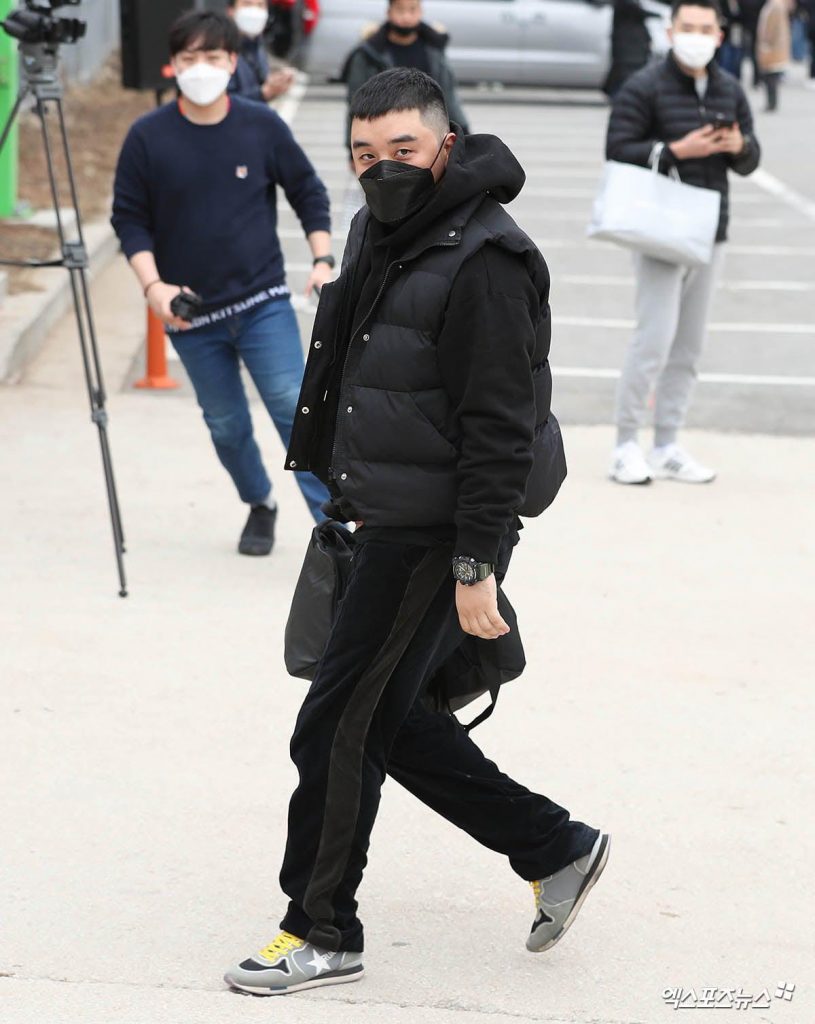 Seungri, who is under investigation for habitual overseas gambling, illegal monetary transfers, and solicitation of prostitution, reported to the ROK army’s 6th division new recruit training center in Gangwon-do’s Cheorwon-gun. He will serve in the army for 18 months.

While serving in the military, Seungri will also be subject to a military trial due to the aforementioned charges that were brought down January 30 of this year.

“We will work closely with prosecution to ensure a fair and just trial and will also take into consideration factors such as the position of the citizen’s jury throughout the procedures,” the Military Manpower Administration stated.

Seungri avoided press questions as he stood at the photo wall prior to entering the recruitment center.

Seungri is scheduled to end his service September 26, 2021.