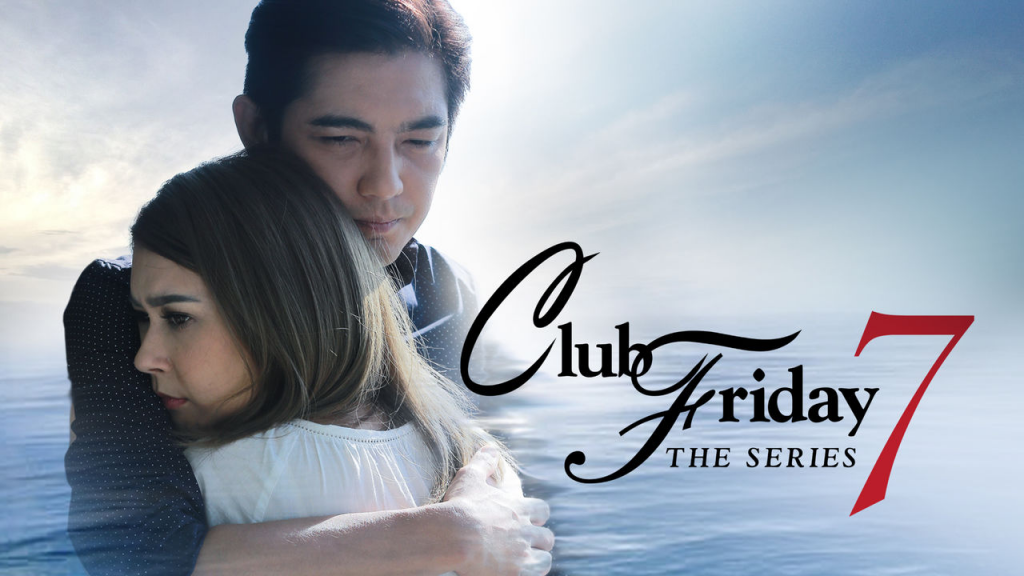 Often, many dramas featuring couples always end up with happily-ever-afters, so it is refreshing to encounter a drama where everything doesn’t end up rosy or where some relationships end up making the viewer angry over some of the choices people make when pairing off.

Club Friday the Series Season 7 (Club Friday) is probably one of the best under-the-radar dramas available on Netflix right now. The Thai drama is a series of short stories that focus on different relationship issues. The premise of the show features people calling the Club Friday radio show (or appearing on the TV show as the case is for season five) to tell their relationship woes to the show hosts, and these stories are presented as flashbacks that document the relationships’ highs and lows. According to program director Saithip Montrikul Na Ayudhaya (DJ Chod, who also appears in the series), each season is based on callers’ true stories which have been dramatized for TV audiences. So far, Season Seven, which features seven mini-seasons, is the only season available in the US on Netflix. As of 2018, Club Friday is on its tenth season in Thailand. Given the way this season was, Netflix needs to make all seasons available. 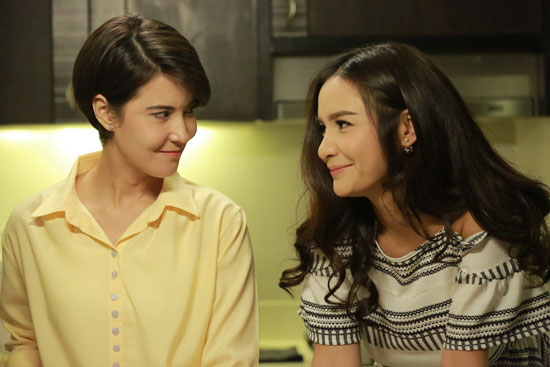 Each season and mini season follows a different relationship from the point-of-view of the individual calling the show. Each season is four-to-five episodes long, and each episode ranges in time from 45-minutes to an hour, making it an easy show to binge.

The beauty of Club Friday is that every relationship featured in the different seasons is not wrapped up with a neat, tidy bow. Instead, while some do have happy endings, each relationship is flawed or broken in a way to where the characters seem accessible and relationships are relatable. The show does a great job showing the rosy beginnings of each relationship as well as the hardships that come with them. For the stories that start off as affairs, the show does well showing the breakdown—although briefly—of the initial relationships and how some of these broken marriages turn ugly or into a strong friendship.

Out of the seven story arcs, story one is the most far-fetched storyline involving a tangled love square that’s full of twisted melodrama. Beyond story one (“The Fault of Love”), though, the series develops with more realistic storylines full of heart and heartache. There are characters you will grow to adore while others you’ll grow to hate, and there are, of course, characters that fall into neither category. For example, in Season Two titled “Online Love,” viewers may feel sorry for second leading character, Roong (Kratae Supaksorn Chaimonkol), while also feeling slightly annoyed by her as the story unfolds, while love interest, Ae (Tanya Tanyares Ramnarong), is insufferable with barely any redeeming qualities. Meanwhile, in story four (“The Game of Love”), the main character, Ploy (Monchanok Saengchaipiangpen), starts off as a likable character before turning into a character who should not be cheered.

Several of the love stories have unsatisfying endings, and this is part of the show’s genius design. The audience, depending on their own life experiences, will interpret each ending differently, so it is a fun show to debate with friends (if your friends actually take the time to watch). It is interesting to discuss whether story three’s arc (“The Boring Girl I Love”) is a “happy” ending or an angering ending, or if story six (“Home”) deserves a follow-up story in another season.

The show also knows how to mess with people’s emotions. One minute, you could be laughing to feeling like you want to ring someone’s neck (“The Boring Girl I Love”), to needing Kleenex and wishing the characters nothing but the best (“True Love”).

As a whole, Club Friday does well representing different relationships and people. In this season and previous and upcoming seasons, the show has done well using people of all types from the stereotypical “pretty people” used in all dramas to those who look like average, everyday people. The show also represents the LGBTQA+ community well, as well as those with physical and mental disabilities and their pursuits for love and happiness. Club Friday is definitely more progressive than many shows offered in the US, and it should be celebrated for its diversity and openness to reach out to minority groups. 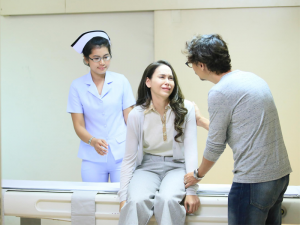 Of course, not everything is perfect with the series, but this is the case for most shows. While each mini-season presents strong, well-acted stories, it must be mentioned again that “The Fault of Love” is the weakest story out of the seven presented. It presents the most melodrama and may seem far-fetched and unrealistic to some viewers, so it is one that could be skipped over at first because it’s not the strongest story to be used as an introduction to the series. The same could be said for story seven (“Choice”) because, while interesting, is a weak closer for the season. The show is best watched out of order (I recommend watching the stories four, five, two, six, three, seven, and one in that order).

Another issue with the show may be the pacing. As is the case with most Thai dramas and movies, each story starts off slow, so the first episodes of each story arc may involve some slogging along before the tales get juicier and more interesting. Each story does get interesting to where pacing won’t be an issue, and the viewer may end up wanting more to the stories or overall season. Each story is worth hanging around for until the end. With that said, it’ll be surprising to see how so much drama and action can be packed into four-to-five episodes!

Binge-watching Club Friday won’t leave you disappointed because the show is well-written and well-executed. It is one of Netflix’s gems in their international drama selections, so give it a shot before it’s gone!

Club Friday the Series 7 receives a 4/5.