The Pros and Cons of BTS’ Billboard Win

Home › Article › The Pros and Cons of BTS’ Billboard Win

The Pros and Cons of BTS’ Billboard Win 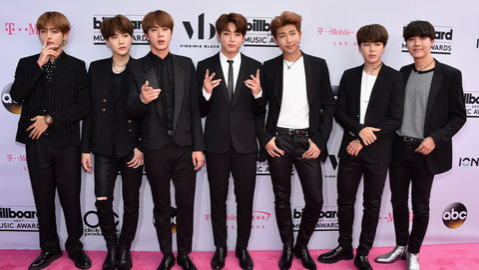 BTS’ nomination and subsequent win of Billboard’s ‘Top Social Artist’ award definitely has made waves in media in America. It has been said that all attention is good attention but how true is that?

Let’s take a look at the pros first. This is obviously a big award for BTS and their fanbase. BTS broke the streak that Justin Bieber and his Beliebers have held since the invention of the award category in 2011. Those who watched the awards show saw how excited and grateful BTS were to be attending the event and getting to rub elbows with artists they had so far only admired from thousands of miles away.

It also has brought K-pop to the eye of many basic music listeners in America. They’ve participated in dozens of media appearances here with at least one radio station airing their music.

One major positive is that this is a chance to show many western music listeners that popular music exists outside the United States and the rest of the western world.

However, this leads in to the cons of this experience. American media can be extremely embarrassing with how little research they do before interviews. During their Wings tour dates BTS did plenty of interviews with American media and fans were given plenty to laugh at because of the big blunders interviewers kept making.

It has gotten to the point where it’s hard to tell what is genuine versus trying to use the thousands of fans for more exposure. Many ‘celebrities’ mention liking BTS online for the sake of gaining followers, including several Youtube stars. Reacting to KPOP has become a trend with BTS being the go-to for instant views.

There’s also sentiment that this western exposure is what will make BTS famous. BTS are known worldwide already without needing western focus or assuming that it will make them. That isn’t to say that fans cannot enjoy that they are getting the exposure, however, Americans sometimes forget there is an entire world outside of America.

There has also been backlash from fans against anyone bringing up any of these points as though they are talking badly about the group or their accomplishments. It can be exciting for someone that is known in the western world to bring up your favorite group but it’s important to realize some do not have any genuine interest and are offensive in showing ‘interest’.

It can be argued that all of this has to happen at first for the western world to settle and lose the ‘novelty’ found in KPOP. These somewhat awkward moments could just be BTS paving the way into the world of American fanatics and that there will be bumpy moments.

Obviously, the pros of BTS’ appearances outweigh the cons for the group but only time will tell how this will affect the rest of the KPOP industry in the future.