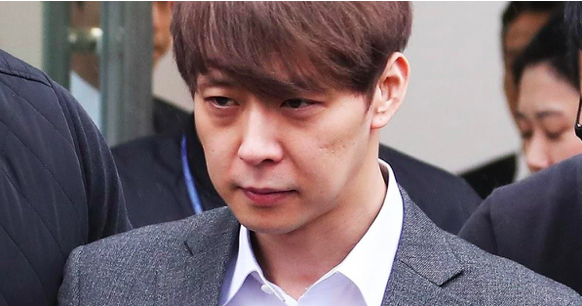 The CEO of Re:Cielo revealed in a recent interview that K-pop star and actor Park Yoo-chun gambled in Macau and the Philippines numerous times from 2017 to 2019, and said, “Park Yu-chun gambled in Macau, but after losing large sums of money, he tried to win the lost money back in the Philippines. I have evidence of his illegal gambling and there are witnesses to back my claims, and I will submit it to be investigated by the authorities.”

After Park Yoo-chun parted ways from C-JeS Entertainment in 2020 due to his legal issues, the singer signed to Re: Cielo founded by his former manager, who used to be his manager since Park’s infamous departure from the K-pop group TVXQ. Due to credit issues, Park was unable to register a company under his name but instead, put his own mother as the biggest shareholder.

Although Park had revealed his plans to retire to the public, he has had fan meetings abroad and opened up a social media account to resume his activities abroad, which caused a lot of backlash from the netizens.

The CEO recently came out to make claims that he has sued Park Yu-chun since he violated contract terms by signing a contract with a certain Japanese entertainment agency and for defamation.

Park also allegedly spent approximately $2 million on his girlfriend, adult entertainment and gaming – using the company’s credit card.
The CEO of Re:Cielo said his company paid off Park’s debt of around $1.7 million even though he wasn’t bringing any income to the company.

Park, on the other hand, claimed that he was never paid for two years he worked with them. He has since posted on his Japanese fan site saying,

Hello. This is Yoochun.

I’ve started to amend my ways and I’m doing my utmost to prepare for the future. I knew that the slanderous reports, which aren’t true and have no grounds, have been bothering everyone who believes in me, and if this is something I need to do to move on to the future. It’s something I should do confidently without avoiding it no matter how unfair or unjust it is.

A few months ago, I learned a shocking truth about the CEO of Re:Cielo and I tried to listen to an explanation about this, but I couldn’t contact him and eventually decided to carry out civil and criminal legal proceedings. The other party didn’t even explain and instead mobilized a few reporters to raise criminal charges such as fraud and embezzlement against me, and they’re responding by wiring all kinds of slanderous reports and information that aren’t true, but none of the criminal charges raised by the other party are true at all.

The claim made by a YouTuber on August 22, 2021 that I contacted a fan and sexually harassed her is not true at all, and this is just slander. This is a deliberate personal attack, I’ll be preparing to make a legal response. I’ve submitted to the law firm all of the evidence material that proves the wrongful civil and criminal cases on Re:Cielo’s CEO, and that includes evidence material that can set right the false suspicion the other party raised against me.

Since those cases all pertain to a serious crime, I will not reveal them so that the investigative agencies can investigate properly and take action. I believe that the injustice I experienced due to the other party and the false slander against me will all be revealed soon. All the future processes will take time, but I’ll transparently share everything for all the fans who support me. I thank you for not giving up and believing in me until the end.

This is not the first time that Park Yu-chun got himself embroiled in messy legal troubles and controversies. He vowed to retire after he was sentenced to 10 months in prison and two years of probation for illegal drug use, but hasn’t been able to keep himself out of the headlines as of late. Since the case is on-going, we will see how this plays out.

One response to “Park Yoo-chun in Legal Dispute over Contract”