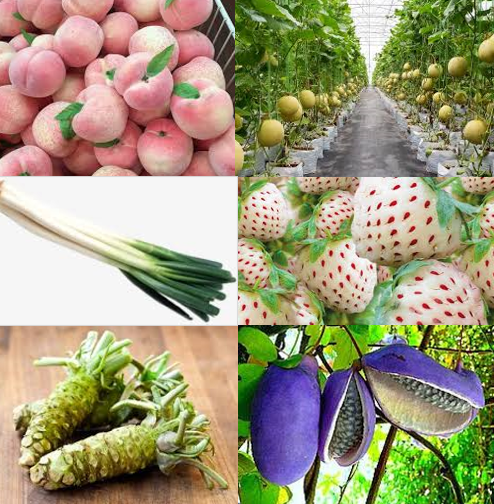 The Asian peninsula is eminent for maintaining its ancient traditional cultures and practices. Its perpetual serving of traditional cuisines, despite the sweeping effect of globalization and modernization, has glorified the Asian foods on a global scale. The Japanese cuisine is one of the highly accorded nourishment associated with improving one’s health while maintaining a youthful look. Japan has numerous originally grown vegetables and fruits; of a wide variety, whose uses an intake have spread on a global scale. Below are some of the original fruits and vegetables grown in Japan.

Referred to as the king of fruits in Japan, the suspicious fruit distinguishes itself from other melons owing to its distinctive scent and shape. The musk melon’s net-like patterned smooth surface, pleasing fragrance, colorful appearance, high nutritional value, as well as its sweet, tender and juicy flesh culminates to the melon’s eminence. The melon; which exist in numerous varieties including Yubari an Ibara king melons, has gained a global popularity and is often associated with class and novelty thus attributing to its wide usage as a gift ware.

Popularly known as Shikwasa limes, these Japanese native citrus fruits are renowned for their oranges-reminiscent scent that is countered by a tart sour mil sweetness. This layered fruit, which turns yellow upon ripening, is often used in its immature green taste for flavoring purposes. Shikwasa lime juice is used in various instances including fruit salads and marinades. An eminent application of the lime is in the brewing of Awamori drink; a famous alcoholic beverage from Japan’s Okinawa island. 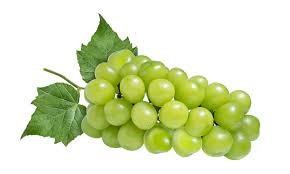 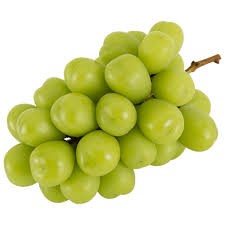 This is a seedless green berry of the grape variety eminently known for its high sugar content. Developed from a cross breed of two fruits, the shine Muscat falls more on the expensive side of fruits given its larger size, high sugar content, and luxury status. The berries have a unique musky flavor resembling that of a mango and mandarin and can be consumed together with the skin.

Japan is also known for its wide variety of the famous white peaches with the native and most reputed ones being the Shimuzu and Hakuhou white peaches. Grown in Okoyama, these two varieties – with a pink and milky white hue- are known for their extremely tender texture and sweet taste immersed in a syrupy fragrance. The Shimuzu white peach reigns supreme in Japan’s white peaches category in matters juiciness, taste, tenderness and scent. In addition to the white peaches being consumed raw and made into jam among other uses, the premium fruit is widely used in gift boxes in Japanese culture. 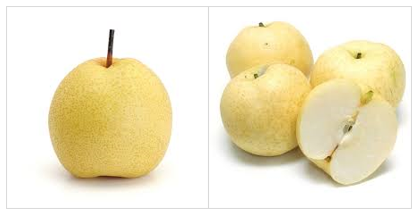 A pear is a crisp fruity of grainy texture and high water originates from the East Asian peninsula. Japanese pears have a crunchy sweet and juicy feel; characteristics of both an apple and pear, and come in numerous varieties with the famous and unique ones being Nansui, Kosui, and Nikkori. Compared to Nansui and Kosui, Nikkori is the largest Japanese pear variety credited for its sweet, juicy and soft flesh.

The flavorful fruit; whose pod skin turns purplish upon ripening, is famous for its sweet white flesh. The gelatinous pulp has a mild sweetness balanced by the existing seeds. The fruit’s complex flavor is said to resemble that of various fruits including passionfruit and lychee. Akebia’s pod is also used as a vegetable in various recopies with a notable one being its stuffing with miso flavored minced meat. Additionally, Akebia leaves are used to make tea infusions while the plant’s vines are used in basket-weaving crafts.

Strawberries consume a substantial status in Japan’s fruit kingdom. Some of the varieties unique to Japan include Amaou, Tochiotome and Skyberry with Tochiotome being most eminent for its use in sweets production and its top rank in Japan’s strawberry production levels. However, the most iconic strawberries are the white strawberries which have taken the world by storm. As the name indicates the white strawberries; a resultant of an extensive strawberry crossbreeding research, have a white skin and flesh coupled with colorful red seeds. Compared to the red strawberries, the white ones are sweeter; with a pineapple taste ensued by a candy-like after-taste, and are a bit expensive owing to their labor-intensive production process. 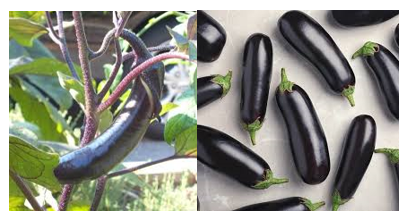 The Japanese eggplant’s uniqueness stems from its elongated and slender shape. It is more preferable for its thin skin; which cooks well into a residue that does not overwhelm a dish, and porous flesh; which readily absorbs a dish’s accompanying flavors. Moreover, the eggplant -which is a source of vitamin C, potassium and nasunin- pairs well with various aromatics and also retains its purple color thus adding a vibrant color to the food.

This Japanese onion is increasingly gaining reception in the global market. Compared to other spring onions, Negi is thicker and longer; with a larger portion of the white stem. Negi is used for various dishes based in its part; for instance, the crisp green part for aromatics, white part for simmered dishes, and the roots for soups.

Wasabi is a unique vegetable that is best enjoyed as a seasoning or condiment compared to a roast or sauté as other vegetables. This cruciferous vegetable is among the hardest to grow commercially due to its demanding extreme weather conditions as those of Japan. The deep flavored wasabi paste is made from its finely grated/crushed stem that is then used with other dishes, especially sushi.

One response to “Original Fruits and Vegetables Grown in Japan”