Best known across Asia for his lead role in the Kdrama ‘Stairway to Heaven’, South Korean actor Kwon Sang Woo first started out as a model in the ‘90s, before landing acting roles and finding success with his starring role in the romantic comedy ‘My Tutor Friend’ in 2003.

He epitomized the ‘mom-zzang’, i.e. ‘great physique’ trend which was popular at the time and enjoyed regional popularity following the success of ‘Stairway to Heaven’ but suffered through a slump during the years after as his subsequent movies and dramas failed to win over audiences. 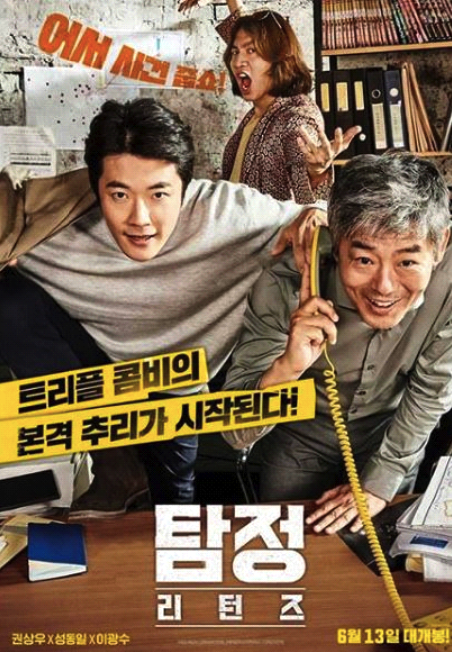 In 2010, the actor known as ‘Mr. Tears’ – a fan-given moniker due to his many crying scenes from ‘Stairway to Heaven’ – finally regained box office success with the Korean War film ‘71: Into the Fire’. The revival of his career was further cemented with the commercial success of his ensuing works such as Kdramas ‘Daemul’, ‘Queen of Ambition’ and ‘Medical Top Team’.

He also solidified his presence as a Hallyu star with his participation in cross-border productions such as the 2012 romantic comedy ‘Shadows of Love’ which co-starred Chinese superstar Cecilia Cheung and action film ‘CZ12’ with mega star Jackie Chan. 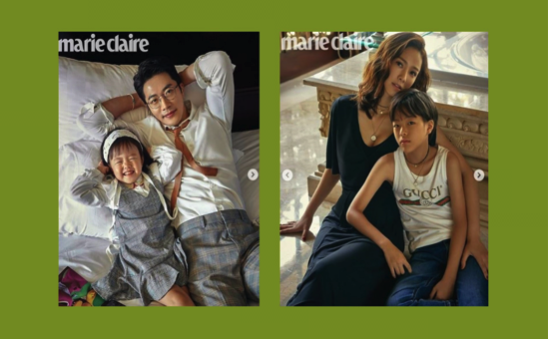 Photos of the actor with his wife and kids from a 2018 pictorial in Marie Claire magazine.

Last year, the 42-year old actor celebrated the tenth anniversary of his marriage with fellow actress Son Tae-young. The happy couple commemorated the milestone with a beautiful pictorial which included their two children, a son and a daughter, in Marie Claire magazine.

After weathering vicious comments and scandals over the years from when his marriage was first announced, the actor now seems contented and at peace, revelling in the joy of fatherhood and the stability of his acting career.

Add to that the financial security from his growing business interests – the actor has a cafe, a cosmetics firm and owns substantial properties – it’s no wonder that the actor has become more comfortable in his skin over the years, reflecting a hard-won maturity from his years in the entertainment industry. 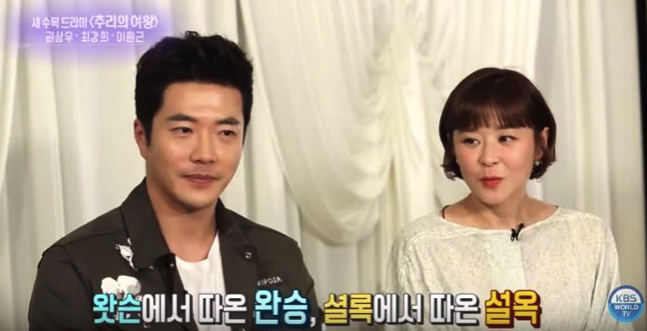 A still of the actor with his co-star from ‘Queen of Mystery 2’ in an interview on KBS World.

Kwon Sang Woo’s recent works have featured the actor reprising his comedic, crime-busting roles in the movie ‘The Accidental Detective 2’ and drama ‘Queen of Mystery 2’ in 2018. Both works were spawned from the box office and tv ratings success of their first installments and were received well by audiences.

Fans will soon have the pleasure of watching him on the big screen as he is currently in the midst of filming the movie ‘Hitmen’. The action comedy tells the tale of a special agent, played by Kwon Sang Woo, taking on a vastly different career direction as a webtoon writer in the next stage of his life.

The movie boasts a stellar cast, which includes actors Lee Yi Kyung – known from his starring role in the drama ‘Welcome to Waikiki 1 & 2’ and ‘Sky Castle’ actor Jung Joon Ho, and is set to delight audiences with a blend of comedy and realism.