Nike and H&M Boycotted by China 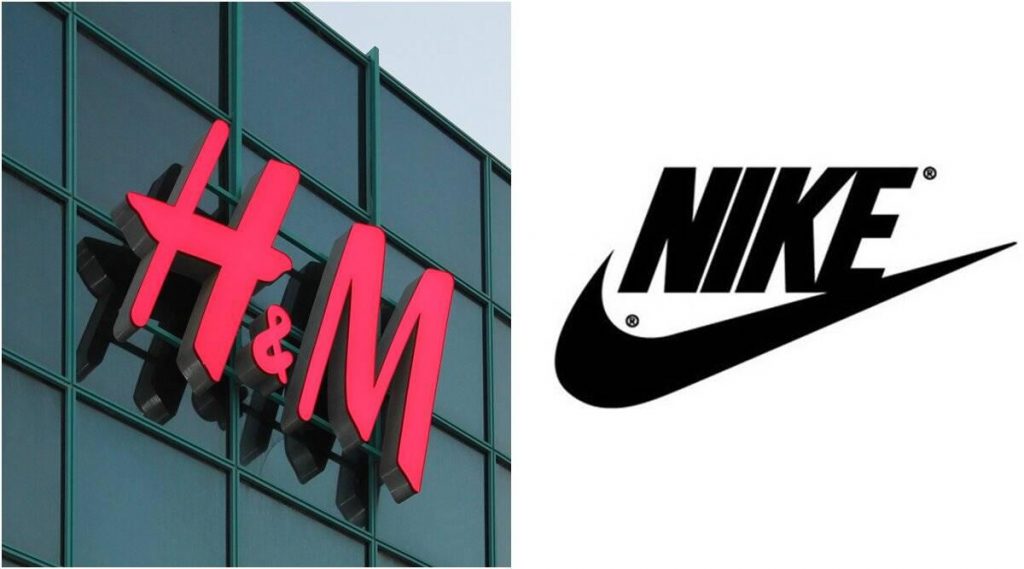 H&M, Nike and international brands are currently being boycotted by the people of China, due to their stand against the nation’s use of harsh labor in producing cotton by Uyghur people in Xinjiang, China. (Xinjiang is home to 11 million Uyghurs and produces 85 percent of China’s supply of cotton – 20 percent of the global supply.)

The United States called China’s act as “genocide” and said it will stop all imports of cotton from Xinjiang, due to allegations that they “may have been made by slave labor in some of the most egregious human rights violations today.”

H&M, Nike, Burberry, Adidas and other brands have publicly expressed that they do not condone the forced labor practiced to produce cotton in Xinjiang, for past months. A statement made by H&M last year recently infuriated the Chinese government and its citizens when it surfaced online this week.

The Swedish fashion retailer had said that it was “deeply concerned by reports from civil society organizations and media that include accusations of forced labor and discrimination of ethnoreligious minorities in Xinjiang.”

H&M has now been completely excluded from the internet in China – no search results for H&M’s 500 stores or their map locations in mainland China can be found.

Nike’s statement from months ago was also made known to the public that outraged Chinese consumers. It had said, “Nike does not source products from Xinjiang and we have confirmed with our contract suppliers that they are not using textiles or spun yarn from the region.”

Numerous videos of Chinese citizens burning and trashing piles of footwear and clothes from the brands they are boycotting, can easily be found all over the internet.

So far, about 11 brands are facing boycotts for making a statement that they are concerned for any use of forced labor. Other than H&M and Nike, brands like Calvin Klein, Adidas, Converse, Burberry, Under Armour, Tommy Hilfiger, New Balance, Gap, and Zara were added to the list of brands to boycott by Weibo.

However, this type of boycott isn’t something new in China. With support from the ruling communist party, the Chinese have boycotted products from Japan, South Korea and the States numerous times during the past decade or so, due to political, social or nationalistic reasons.

For years, many human rights organizations have criticized China for persecuting Uyghur Muslim minority and putting them into camps in Beijing to do hard labor, like picking cotton by hand under dreadful conditions.

According to the testimonies from those Uyghurs – over one million Uyghur Muslims are believed to be forcibly held in the camps, while closely surveilled by government workers and police, they are made to study Marxism, do forced labor, and give up their religion.

The Chinese government continues to deny all claims of forced labor are false and refutes that such camps are just “vocational training centers” to correct and fight extremism.

Earlier this week, the United States, EU, Canada, and UK placed sanctions on China for “repressive practices against Uyghur Muslims and members of other ethnic and religious minority groups in Xinjiang.”

For those who may not be aware, the Uyghurs are a Turkic ethnic group originating from Central and East Asia. The Uyghurs are considered native to the Xinjiang Uyghur Autonomous Region in China.