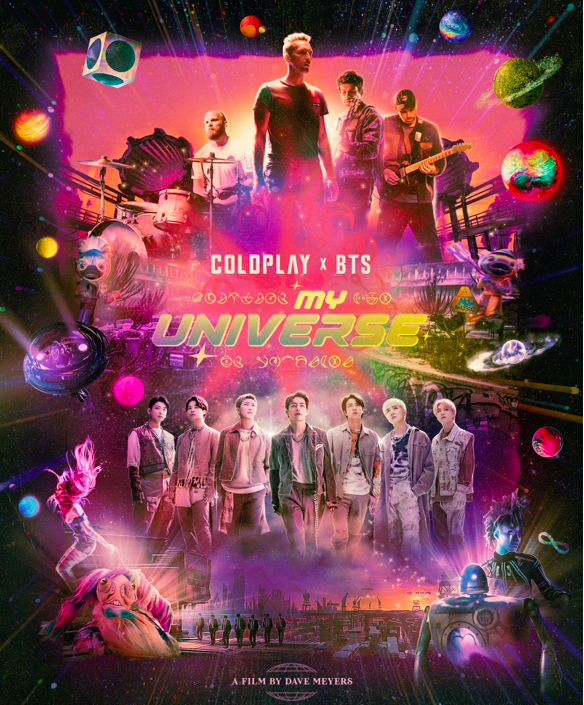 Coldplay and BTS collaboration single “My Universe” debuted on the Billboard Hot 100 songs chart at No. 1. This makes Coldplay’s second Hot 100 No. 1 since “Viva La Vida” ruled the chart in June 2008, and BTS’ sixth Hot 100 chart-topper since September 2020, among other achievements.

Released on September 24, “My Universe,” which is sung in English and Korean, starts with 95.4 million streams and 142,400 downloads sold worldwide. It was released on Parlophone/Atlantic Records and previews Coldplay’s album Music of the Spheres, due out on Oct. 15.

The track debuts on top of the Digital Song Sales chart, where it is now BTS’ ninth No. 1, extending the K-pop group’s record for the most among groups, and Coldplay’s second.

BTS now scores its sixth Billboard Hot 100 No. 1 with “My Universe.” Their previous No. 1 singles were: 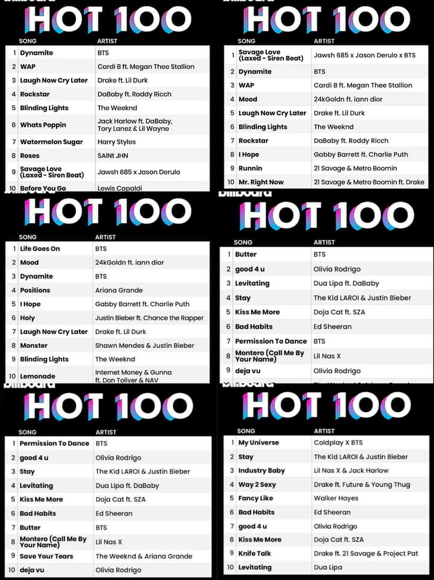 As “Dynamite,” “Life Goes On,” “Butter,” “Permission to Dance” and “My Universe” all debuted at No. 1 on the Hot 100, BTS ties for the most straight-into-number-ones and now shares the record with rapper Drake and singer Ariana Grande.

BTS’s loyal fan base ARMY is trending tweet such as “first band in history,” #MyUniverseNo1onHot100,” “BTS’ 6TH #1 ON THE HOT100, THE FIRST BAND IN HISTORY TO EARN 5 #1 DEBUTS ON THE CHART & THE FASTEST TO ACCUMULATE SIX #1 HITS SINCE THE BEATLES IN 64-66,” “BTS WORLD DOMINATION AND BTS PAVED THE WAY,” and so on.

“My Universe” also made it to the list of 2022 Grammy predictions: Record of the Year, and the actual nominations will be revealed on November 23, 2021.