Messy “Girl on the Train” a Laughable Remake 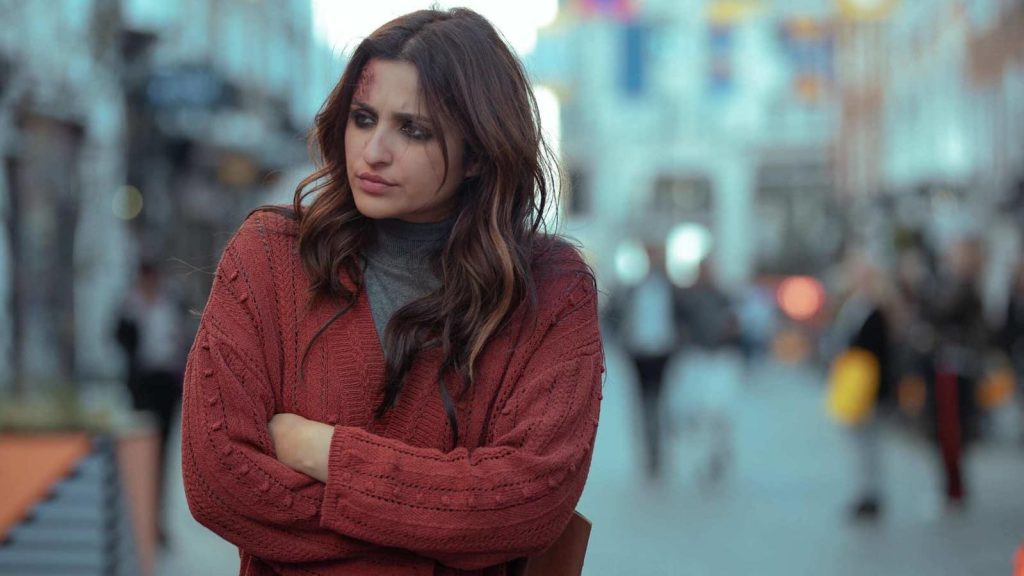 If you’re a fan of the Paula Hawkins’ 2015 novel The Girl on the Train and the 2016 film of the same name starring Emily Blunt, Netflix recently released the Hindi version of The Girl on the Train. As of March 4, 2021, the film has been one of the top-ten trending films in the United States. However, just because a movie is trending doesn’t necessarily mean it’s a stellar film. In fact, the latest version of The Girl on the Train is quite the opposite thanks to poor acting, snooze-worthy yet laughable scenes, and a questionable ending that changes the whole original story. Buckle up! You’re going on a wild ride on one rickety caboose of a story!

Like the original story, the Hindi version of The Girl on the Train is set in London, England. The story follows Mira (Parineeti Chopra) as she unravels, becomes an alcoholic, and struggles with amnesia following the loss of her unborn child and marriage after an accident. As she continues to go off the rails, she watches and idealizes a young woman’s (Nusrat, played by Aditi Rao Hydari) married life from the window of a train. In the original book and film, the main character’s named Rachel, while the woman she watched is Megan. From here, the similarities between the stories end. While the original focuses on how three women are tied together thanks to someone in their lives, the latest version of the story takes that original plot and tosses it out.

With the latest retelling, it’s difficult to tell if the movie takes itself too seriously or if it doesn’t know how to execute the suspense-thriller genre. This is sometimes evidenced by slow montages set to sappy music where the viewer sees the “anguish” Mira feels. During these moments, the movie turns into a weak drama. Any suspense the movie has is, at times, laughable due to the almost cartoonish events meant to provide jolts of fright. For example, at the beginning of the movie, Mira is supposed to be scared and running from a Jeep following her, but it ends up looking like a scene from a bad zombie flick. Even when the Jeep’s sitting in her driveway following a cliché “rock-through-the-window-with-a-childish-looking-note” moment, Chopra’s shock looks more like disappointment that she spilled some milk instead of a look of genuine fear.

The stilted acting doesn’t help the story at all. Chopra’s take on Mira looks like a combination of over-the-top melodrama, 1990s after-school special, and early 2000s teen-oriented TV show. Her inability to show true emotion, save for the scene in the bathroom where Mira fantasizes about murdering Nusrat, makes the movie boring. Chopra isn’t believable as a raging alcoholic. Similarly, Kirti Kulhari’s Detective Bagga is unconvincing as a badass cop. Kulhari’s role’s forced and unrealistic. Her character is supposed to be cold, calculating, and tough, but the lack of expression murders the character. Kulhari doesn’t work as a cop or a villain.

The men in film are also severely undeveloped and interchangeable, so much so that between the three—Dr. Kapoor (Mira’s ex-husband played by Avinash Tiwary), Anand (Shamaun Ahmed), and Dr. Hamid (Tota Roy Chowdury)—it’s hard to distinguish who is who because they are all styled similarly: Unshaven, rugged, and handsome. The only distinguishing characteristics between the three is that Dr. Kapoor is tall and Dr. Hamid wears glasses. Beyond this, the male characters are empty husks with no real purpose beyond serving as Mira’s reason to become unhinged (Dr. Kapoor) and somewhat move the plot along.

Speaking of plot movers, the characters of Walter (Richie Lawrie) and “Horse Guy” are comedic even though this isn’t the intention (I hope). Walter’s appearance is brief and left more questions than answers since he knows who committed the investigated crimes. On the other hand, “Horse Guy” literally just stands in a field with horses and never moves from one of them even though time advances. It must be a lonely existence just standing in a field propped up by a horse. 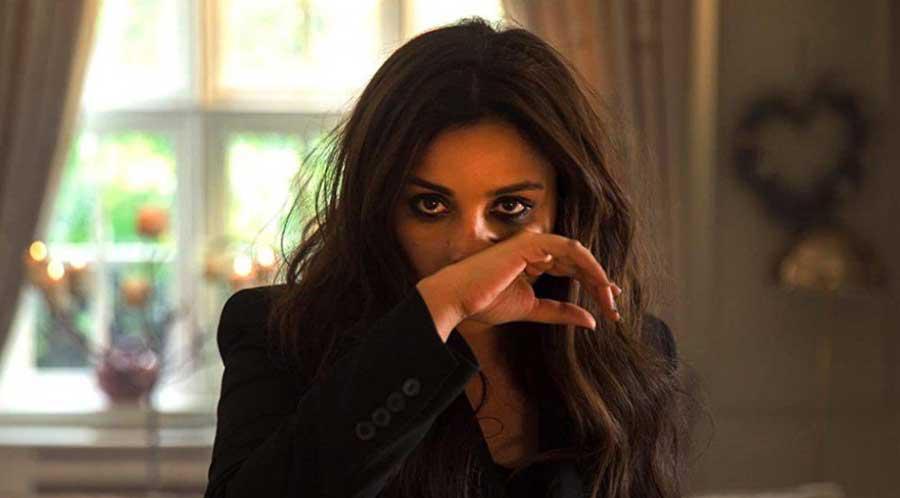 Sadly, the makeup has more acting range than the people in the film. Mira’s garish head wound and eyeliner become characters all their own. As The Girl on the Train unfolds, both the gash and the eyeliner become distractions as they change in almost every scene. The gash goes from almost healed to nasty and peeling in a weird sequence from scene-to-scene, while the eyeliner switches between raccoon-thick and Goth teenager at a My Chemical Romance concert, so it becomes humorous to see how it changes as the story progresses. The makeup shouldn’t take on a life of its own unless the script depicts it.

The plot has several issues and holes. One of the most annoying elements is how Detective Bagga questions a murder suspect in the middle of a busy sidewalk where everyone can overhear. In real life, that would never happen because the integrity of a case would be sullied if these shenanigans occurred.

Then there’s Jimmy Bagga (Krishan Tandon), a gangster that somehow puts the whole plot in motion. Jimmy isn’t in the original story. For some reason, the writers thought The Girl on the Train needed a gangster (which, why are gangsters in movies almost always named “Jimmy?”) to help show that Mira was once a successful lawyer. Her win at a trial is the reason for the unnecessary spin the movie takes, setting up an unrealistic story that gives The Girl on the Train a massive “wtf?” moment in the chaotic last 20 minutes of the film.

The ending and the reveal make zero sense given the original story. The last 20 minutes feel like a rushed train to Weirdsville as an odd plot-point’s revealed. The ending has three characters in a house with one of them revealing the details of a crime. As the character’s giving away the intentions behind the crimes, it’s a moment that feels almost Scooby Doo-like to where the line “And I would have gotten away with it if it wasn’t for you meddling kid!” could have dropped any moment. For fans of the original story, the twist is unnecessary and inauthentic given the massive plot holes that exist (one of the characters touches pretty much everything in the house, so if you want to frame someone for something you did, this isn’t the way to go). The ending’s abrupt and will make you yell “what in the actual ___?!” if you saw and read the original stories.

Overall, The Girl on the Train is on a train to nowhere. The film lacks direction, strong characters, and a solid story. This story may not be worth it if you are familiar with the original, but it is worth watching if you enjoy cringy takes on best-selling novels. The Girl on the Train earns a disappointing 1/5.

The Girl on the Train is available on Netflix.