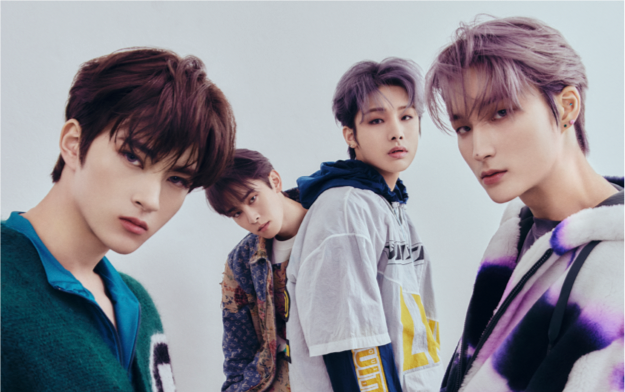 New K-Pop boy group, OCJ NEWBIES, is making waves even before their official debut, claiming their ground in the fashion space with four major magazine shoots already under their belt.

Earlier this year, the company One Cool Jacso Entertainment opened official SNS accounts for their new trainee boy group, announcing that thirteen members have already been confirmed for the line-up. The agency recently shared that the number of members will increase to sixteen or more. The group will be active in Korea as well as worldwide, representing East Asia at large with its diverse members hailing from Korea, China, Hong Kong, as well as the first ever male idol from Indonesia.

Talent is served in abundance with these boys. Group and dance leader Lex has been learning modern dance since he was a child and has won several national dancing awards in Korea. Members Dongbin and Hyunsik are well-known to the public for both being contestants on the hit survival TV program Produce X 101. Other members have also been past contestants on music competition shows such as Loud, World Klass, We Are Young, and Stars Awakening.

Even pre-debut, the group has already made quite the stir in the fashion world, featuring in major Asian fashion magazines such as Cosmopolitan, ELLE MEN, Harper’s Bazaar, and Men’s Uno – all from Hong Kong. 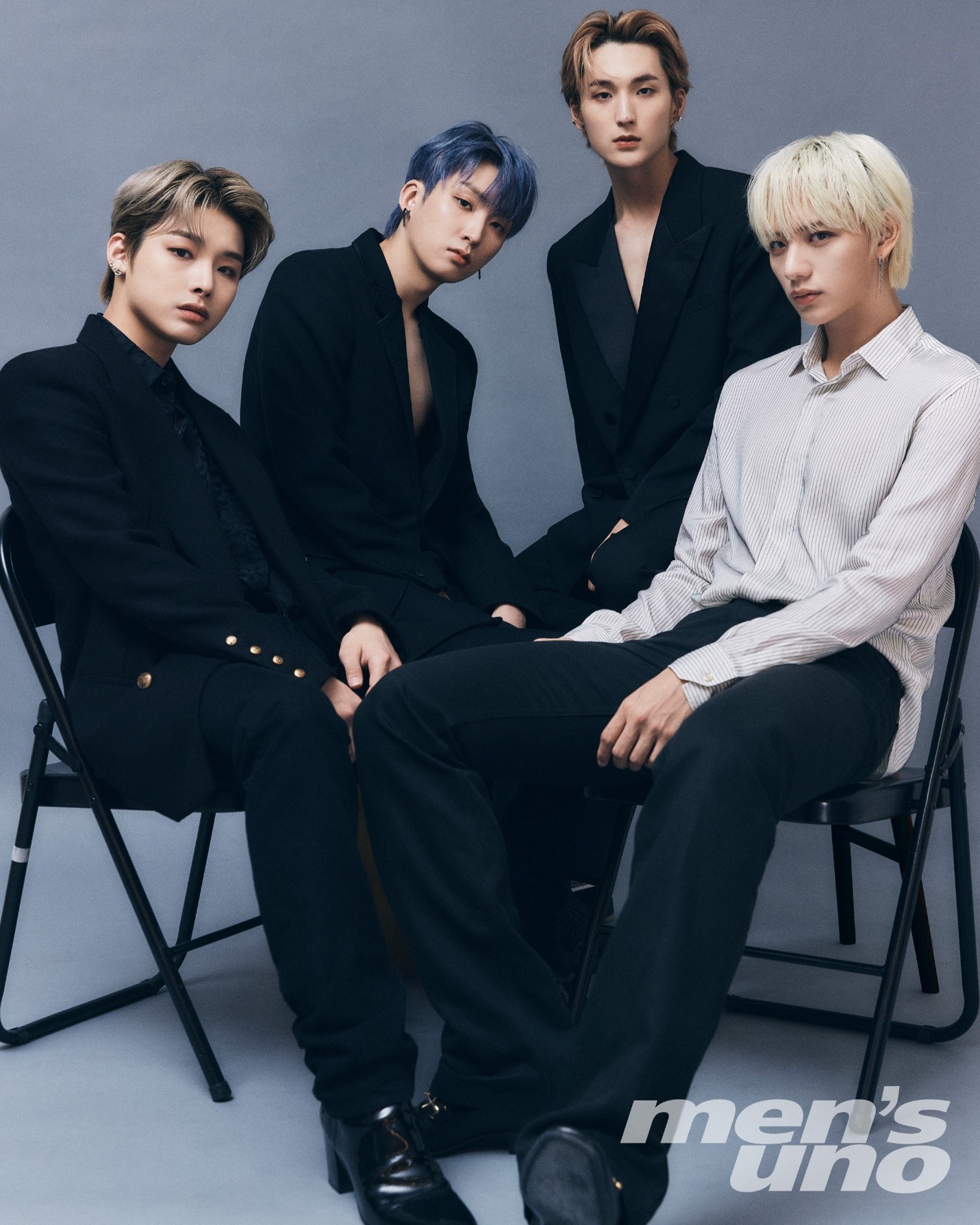 Men’s Uno Hong Kong shows off the boys in a comfortable yet professional style in Louis Vuitton, Saint Laurent, and Fendi. There’s something timeless in the simplicity of these clean silhouettes, straight-cut suits, and cozy knitwear. It’s important to note, “simplicity” doesn’t necessarily mean plain, and these modest looks go a long way in showing off the group’s classic style. Members such as Lex show us immaculate vibes sporting his Saint Laurent outfit, and we are here for it. 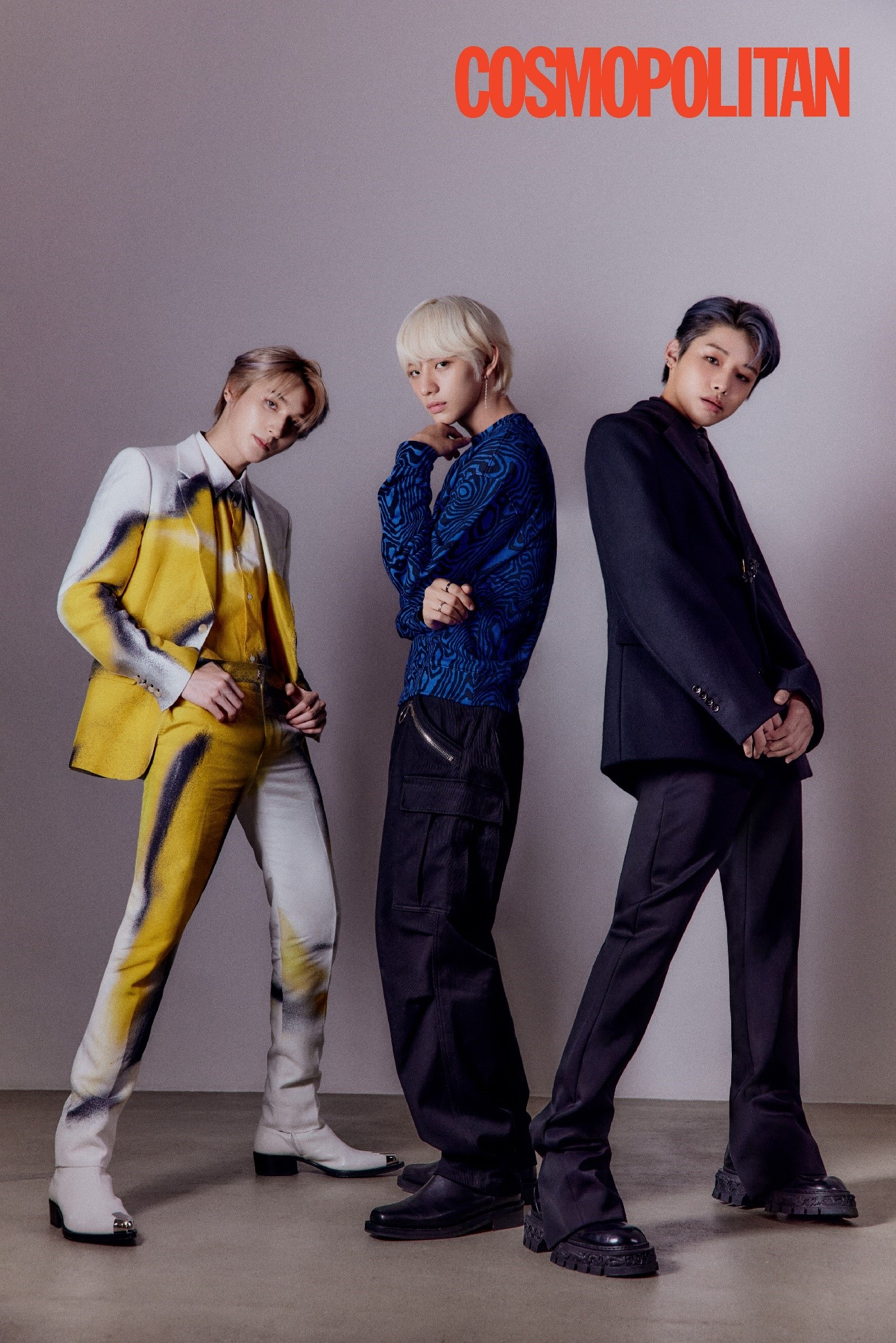 Cosmopolitan Hong Kong takes the traditional menswear concept of suits and slacks and elevates it with pops of color. Lex in his royal dark blue ensemble pushes the message that one can have fun while still looking dapper, and who better to spread this truth with than a brand like Louis Vuitton. There is a theme with dark bold colors that leave captivating visuals. 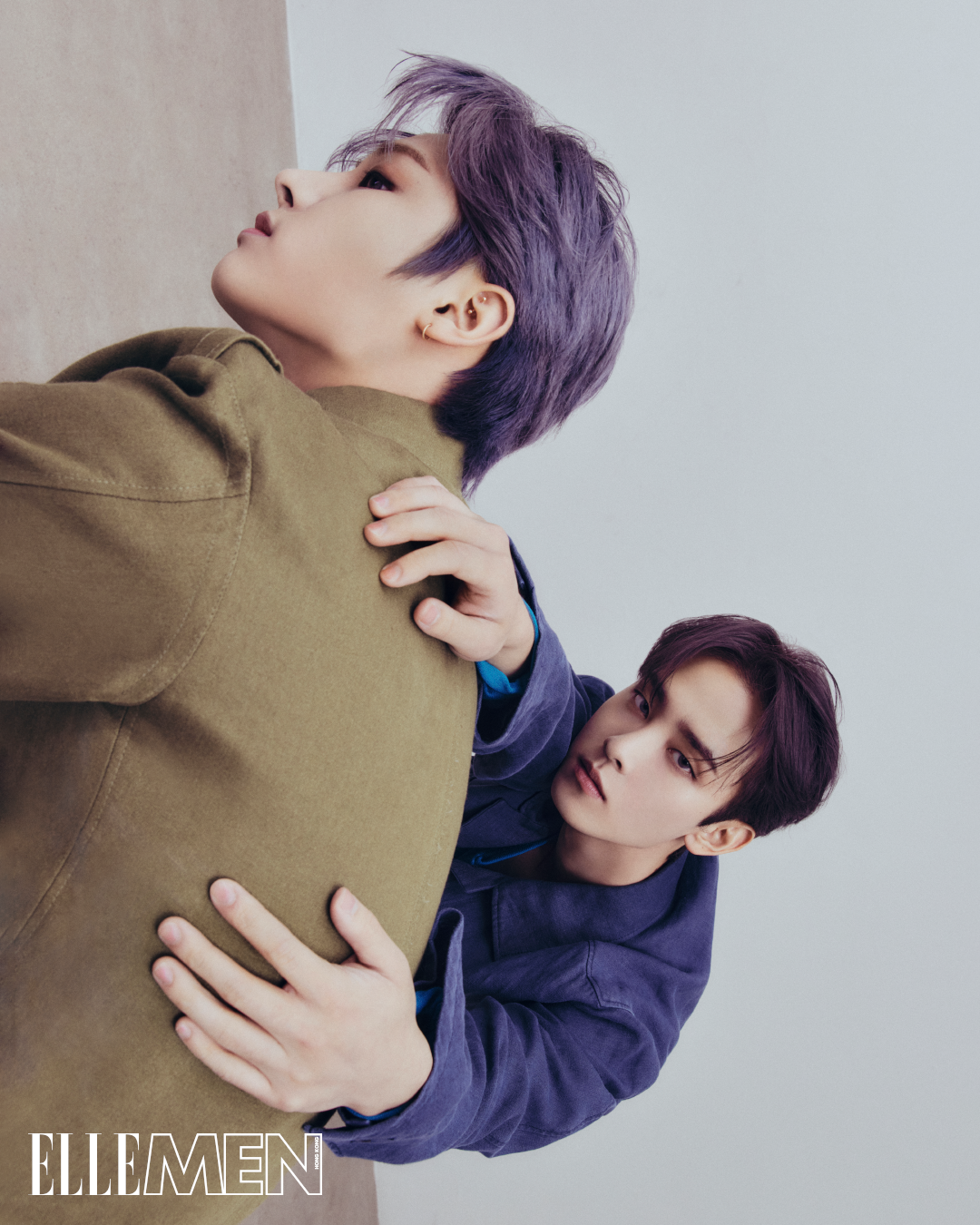 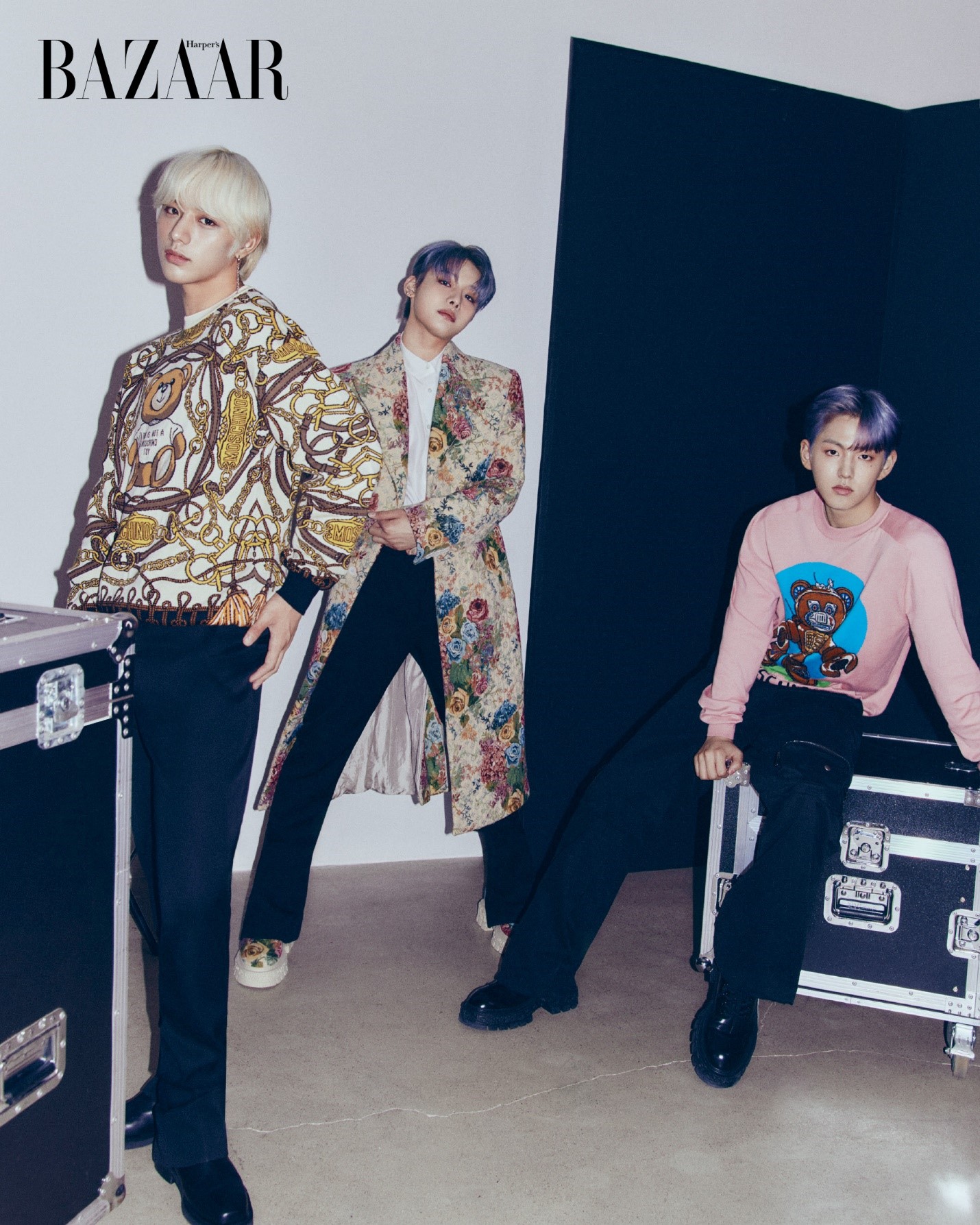 Harper’s Bazaar Hong Kong takes the group in a completely different direction, choosing to showcase pastel and floral-print looks that edge into the fine art category, fully showcasing their stunning visuals in Louis Vuitton and classic Moschino outfits. Their glistening hair colors enhance the already rich tones in their outfits. While a playful bear emblem on Sing keeps the outfits youthful, Lex’s Louis Vuitton floral trench coat and Sing’s Moschino web of chain and strap designs add an air of lavishness and luxury.