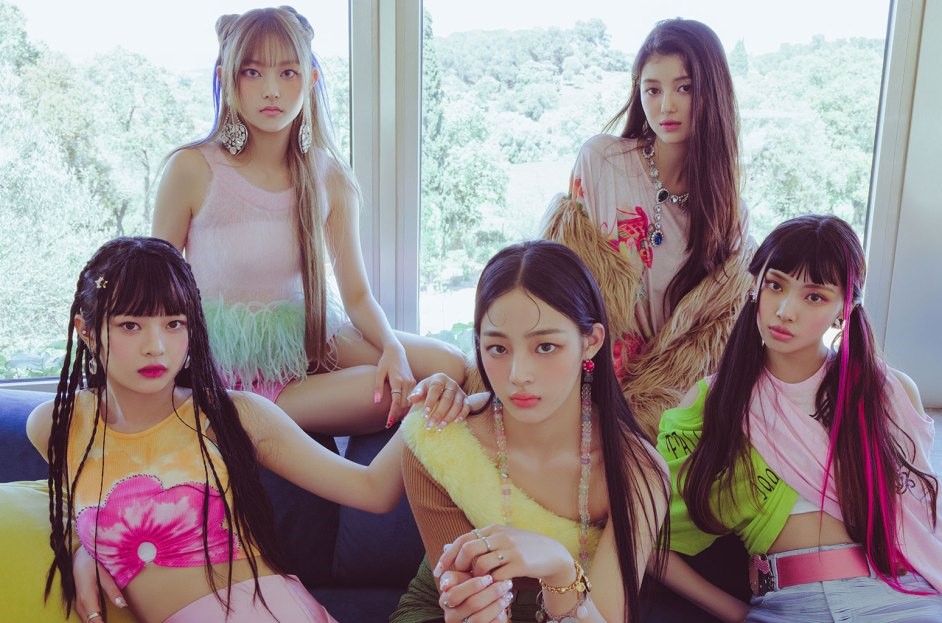 PSY’s 2022 comeback song “That That” was the lowest-ranked K-Pop track on the list appearing at number 93. The track’s praised for its use of Mexican horns overlaid on the dance beat. Suga’s production and rap also earned praised, as did the choreography and MV stylization.

Coming in at 88, “Nxde” received rave reviews for its empowering message against objectifying women. The use of the melody from the opera Carmen, Soyeon’s writing, and the Marilyn Monroe references in the song and MV were among the highlighted strengths.

When TWICE’s Nayeon released her debut album Im Nayeon earlier this year, her lead single “Pop!” was a hit. Ranked 86th on Rolling Stone’s list, writers loved Nayeon’s “bubblegum sound” and felt she exceeded expectations with her vocals. Rolling Stone loved how she channeled TWICE’s sound while standing out as her own person.

Le Sserafim is one of four debut/rookie artists on the list, joining Nayeon, NewJeans, and Jin, the latter two appearing later.

At 71, NCT-127’s hit received love for the experimental sound and strong sense of futurism and masculinity. Rolling Stone praised the rap, percussion, and bass as well as the group’s determination shared in the lyrics.

Coming in at 68, Jin’s solo debut made the list thanks to strong vocals and tender message. Rolling Stone liked that Jin teamed up with Chris Martin (Coldplay) for the song and how it is a message to Jin’s fans.

The blending of synth, Hip-Hop, and EDM in aespa’s “Girls” caught Rolling Stone’s attention. Checking in at 65, “Girls” “snake-charmed” it’s way into the magazine’s list based on its sound, visuals, and storyline presented in the MV.

While it is a surprise “After Like” was selected instead of mega-hit “Love Dive,” Rolling Stone points out that it was difficult to choose between the two songs. “After Like” was praised for its disco sound and Gloria Gaynor samples and how it gets “better and better with each listen.” “After Like” lands on the list at 53.

At number 35, “Pink Venom” is considered an anthem and a tribute to 1980s “hair-metal glam.” Rolling Stone points out that the song is a solid summer anthem that is “incredibly fun.”

Rolling in at 24, a rookie group ruled the K-Pop artists on the list. NewJeans was the highest ranked K-Pop act on Rolling Stone’s list. “Hype Boy” enthralled writers thanks to its theme of young love and cute lyrics. Rolling Stone also loved how the track caught the eyes and ears of more established K-Pop acts, making NewJeans a standout artist in this year’s rookie class.

Congratulations to all the artists who earned recognition this year!

Now, let’s hear from you. Were you surprised at this year’s selections? What were your favorite tracks this year? Let us know in the comments!