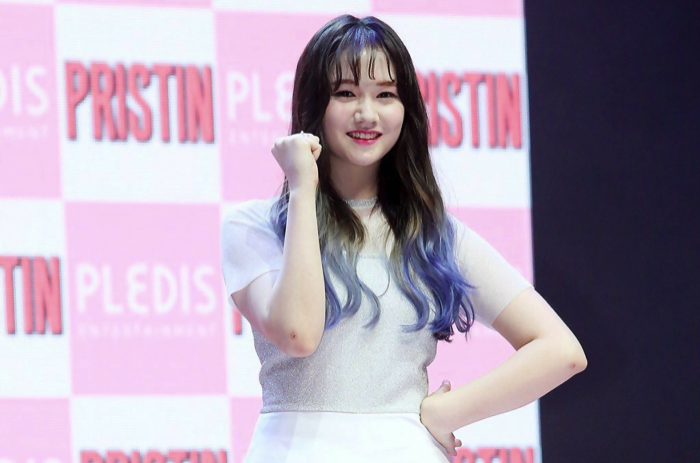 Former Pristin member Kyla Massie recently opened a YouTube channel, and to commemorate the opening, the idol hosted her first #TeaTimeWithKyla session where she answered questions from fans. Prior to video’s posting, Kyla also announced the name of her fan club: Klassies.

In commemoration of starting my channel, I am finally officially announcing my fandom name. Hello my wonderful Klassies ❤ pic.twitter.com/rN2DY3sU6O

In the Q&A video, Kyla addressed questions from Klassies, many of which asked about Pristin’s disbandment and why she was on hiatus from the group. She addressed that people shouldn’t have believed the rumors regarding her hiatus as the rumors were inaccurate.

Regarding her hiatus, Kyla said:

…a lot of you guys have sort of speculated why I went on hiatus and I can tell you now that it wasn’t because of the hate comments, it wasn’t because you know of, my weight and how that affected my mental health.

I can understand why you would say that but, in actuality the reason why I went on hiatus is because I ended up getting injured. I got a concussion while filming our second music video, and the doctors and my company decided that it would be best if I took a period to rest and recover from this injury.

You guys can speculate what happened all you want, but ultimately, we all just thought that it was best if we disband it and although it is an unfortunate situation, we all take our best memories and our best experience from PRISTIN. And we’re just, we’re all so very grateful that it happened, and we had all of these amazing experiences together, and I think that that’s the most important part. You know, it was a very positive experience all around, and I’m gonna never trade it for the world. So, please do not listen to any rumors.

During  her Q&A, Kyla also said she doesn’t regret idol life and that she would do it again if she had the chance. She also stated she still keeps in touch with her fellow Pristin members, debunking any rumors that strain existed in the group.

You can check out Kyla’s full #TeaTimeWithKyla below.