KCRUSH Interview with The Korean Vegan 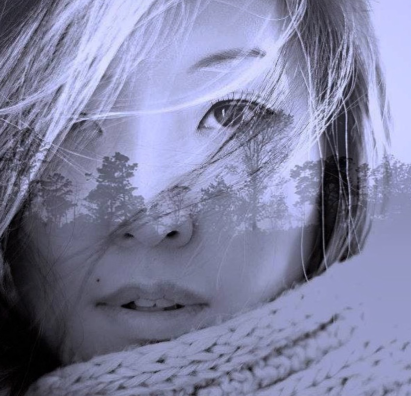 For the month of March, we interviewed “The Korean Vegan” who is a recipe creator, food blogger, writer, photographer and attorney. Joanne is a Korean-American who was born and raised in Illinois, Chicago and was very much influenced by her family when it comes to the love for food.

Since going vegan in 2016, she set out to prove that she could still have the foods that she’s been enjoying all her life, while maintaining a solid vegan diet and lifestyle.

I’ve personally wanted to interview the Korean Vegan for a while, because I was very intrigued and inspired by her blogs and distinguished vegan recipes which were accompanied by beautifully shot photographs. “A massive thank you” goes out to Joanne for this great interview and wish her the best in all her ventures!

*Thank you for taking the time out for a KCrush interview. Would you kindly introduce yourself to our readers?

Thank you so much for having me! I’m thrilled to be featured by KCrush! My name is Joanne Molinaro and I am the founder and creator of The Korean Veganä.

The Korean Vegan is a food and lifestyle blog that shares both veganized Korean recipes and stories about my family.

*Please tell us how the “Korean Vegan” journey started for you…

I started The Korean Vegan in 2016, which is when I adopted a plant-based diet. At that time, I had a lot of misgivings about trying a vegan diet, because I wasn’t sure it was possible to be both vegan and Korean. I grew up eating lots of fish, pork, and galbi, so the notion of giving all of that up felt a little bit like giving up my Korean identity.

My husband encouraged me to start a channel on YouTube in which I shared my cooking. He dubbed it “The Korean Vegan,” and the name was so clever, I started a YouTube channel that very day! Since then, I’ve expanded The Korean Vegan into a full-blown blog with several different social media platforms.

*Where do you like to get inspiration/ideas from when creating recipes?

First and foremost, my family. I love cooking for my family, so if there’s a particular dish they enjoy, I will try and veganize it. For example, my father loves jjajangmyun and therefore, it was one of the first things that I veganized. I also love watching Maangchi and other classical Korean cooks—their recipes bring me right back to my childhood and I want to veganize everything they make! 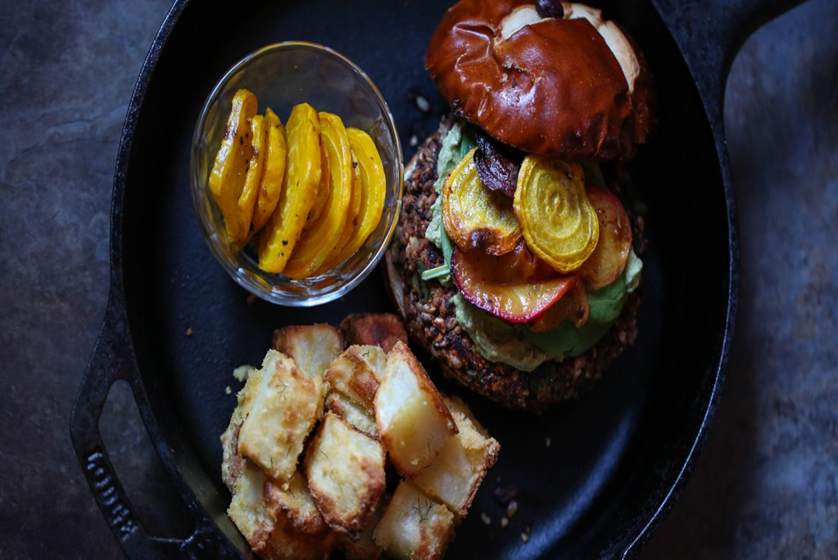 *Can you share with us your favorite vegan cuisine/recipe?

Well, it’s probably a toss-up between my vegan jjajangmyun or my vegan tteokbokki! I eat pretty healthy during the week, but during the weekends, I allow myself a little flexibility and I usually end up making one of those two dishes and park myself in front of a K-drama for a few hours!

*What do you think are the most prominent benefits of being a vegan?

That is a really good question. I’d have to say that the most impactful benefit to going vegan is the mitigation of the damage we do to our planet. It takes an astonishing 2,500 gallons of water to produce just 1 lb of beef. Cutting one’s consumption of meat could therefore have an enormous impact upon the environment.

Beyond the global impact, though, is the personal one. Most human beings are compassionate and love animals. In my own personal experience, not having to feel guilty anymore about eating them has been the most liberating benefit of going vegan.

*You’ve stated that you’ve had eating disorders in the past. Could you share some advice to anyone who is going through such struggles?

The hardest thing for someone with an eating disorder to understand is that our worth is not defined by our size. We can tell ourselves this millions of times, but we will never really believe it until we start viewing ourselves with compassion.

One piece of advice that has worked well for me is to view myself and my body as my dongseng. How would I treat my little sister? Would I tell her, “You’re fat, you need to lose weight, you need to eat less, you’re ugly”? Of course not! We need to show the same level of compassion to ourselves as we do to those we cherish.

*You frequently mention your family members in your blogs ~ who influenced you (the most) when it comes to food/cooking?

That’s a tough one, but I’d probably have to go with my grandmothers. Both of them. They both did the vast majority of the cooking when we were growing up.

*What do you like to do in your free time and how do you release stress?

Watch K-dramas until I can’t keep my eyes open anymore.

*Do you ever listen to Korean music or pay attention to the Korean media?

Sometimes, I will go on a Korean drama binge and afterwards, look up what’s going on with some of the K-pop stars. I’ve been obsessed with Hyun Bin, for example, since I watched  My Lovely Sam Soon, and still keep tabs on him every once in a while. As to Korean music, I honestly only listen to the OSTs of my favorite K-dramas (I literally listen to the OST for Kim Sam Soon on repeat sometimes…).

*Do you like to travel? Which country or continent do you most wish to visit or revisit?

I’m a relatively moderate traveler. I used to travel a lot for work, but less so now. Because we don’t have children, my husband and I like to hop around frequently to NYC, Florida, and California. We also like to travel to run marathons. In 2018, we went to Cincinnati, Boston, and Indianapolis to run marathons.

We also love Europe. We were married in Rome, Italy, and we often go there (his family is from Rome). We like to visit other European countries when we are in Europe, though we really do love Italy best. We will be vising Korea together this May, and it will be my very first time in over two decades. I’m extremely excited and also a little nervous!

*Tell us a bit about your upcoming book and other ventures.

My book will be a mix of Korean vegan recipes and stories about my family – very similar to my blog and Instagram. It will center upon my family’s immigration from North Korea to South Korea and then from South Korea to the United States. I never in my wildest dreams thought I’d one day be writing a cookbook, but it appears there’s a need for a book of Korean vegan recipes and, well, people seem to enjoy my stories!

*Please tell us about your wishes, plans and goals for 2019. 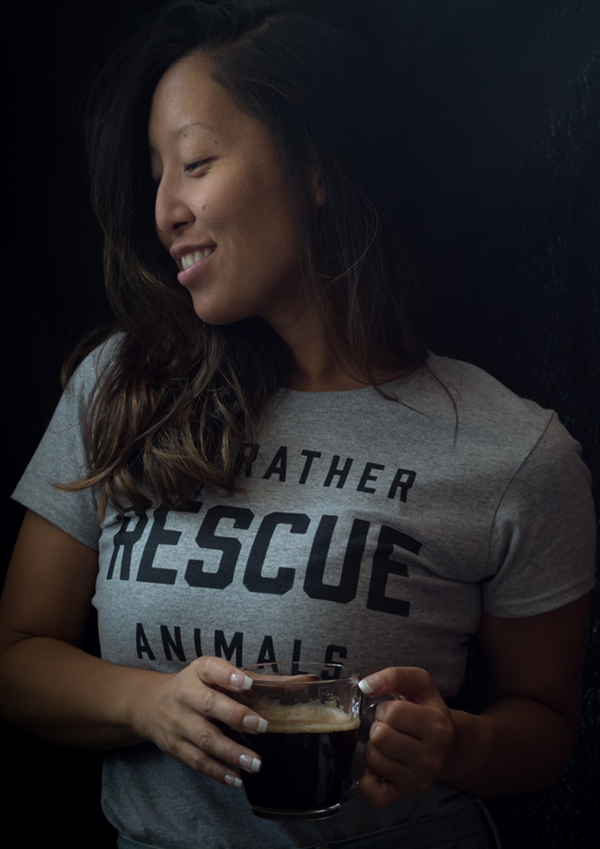 2 responses to “KCRUSH Interview with The Korean Vegan”