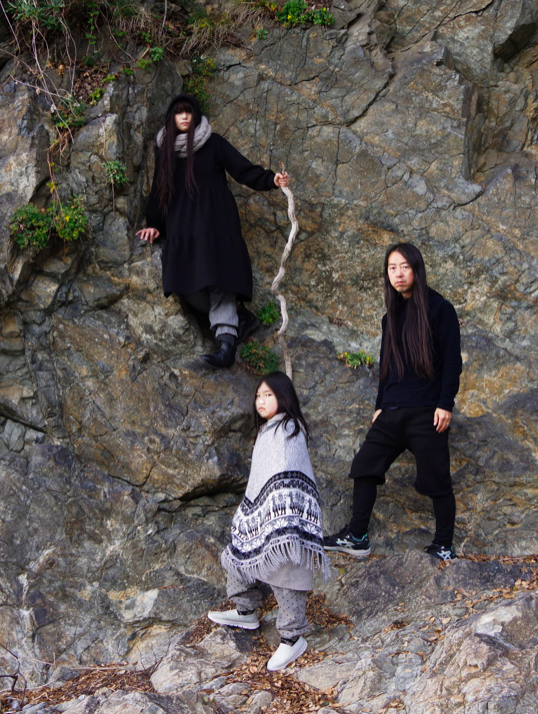 TENGGER is a traveling musical family, consisting of itta, Marquido and their son, RAAI who create music through the use of harmonium, voice, toy instruments and analogue synths. TENGGER refers to “unlimited expanse of the sky” in Mongolian and also means “huge sea” in Hungarian.

We would like to thank the members of TENGGER for taking the time out for this interview, and we hope they achieve all their hopes and plans ahead.

*Thank you for your precious time. Please briefly introduce yourselves to our readers.

itta: I’m playing my voice and Indian harmonium in TENGGER.
Marqido: I play the synthesizers.
RAAI: I do dance performances and play toy instruments.

*Could you introduce to us what kind of music you create and what initially inspired you to take this path?

*How would you describe TENGGER’s music in one word?

*Name any artists/musicians who influenced your music.

*Please name a song/album that you’re the most attached to.

itta: Kyrie from album Spiritual 2. When we start playing this track, I can see some tear drops from the listeners and myself.
Marqido: Eurasia from the album Nomad. We think we’ve created a good motoric for walking through this song.
RAAI: Water from album Nomad. It’s the first time I’m dancing alone in the music video for this song.

itta : I like to stare at ocean waves, watch anime, and read books.
Marqido: Nowadays, I enjoy watching the garden.
RAAI: I like to go to the beautiful ocean and mountains with mama and papa.

*You must have done a lot of traveling. Tell us which country or region have you most enjoyed traveling to?

itta: Uwa Sea in Shikoku, Japan. It’s such a calm and meditative ocean.
Marqido: India. It was my first time traveling to the country, and it was a really stimulating experience.
RAAI: Indonesia! I really enjoyed riding a motorcycle with many musician friends, and in every city we were doing live tours. I loved the delicious fruits, foods, and Bromo!!! 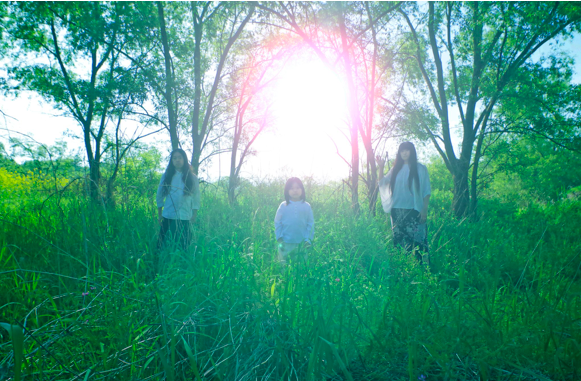 *Where would you most like to perform (anywhere in the world), and why?

itta: Kyzyl, Tuva Republic. I got a chance to play in Kazakhstan and Uzbekistan before I started doing live tours with Marqido. And it was a great cultural experience. TENGGER has two nationalities, islands countries. South Korea is like an island because of the situation. We can only travel via planes and ships to other countries from South Korea, and Japan is really a country with many islands. Since our music is not very popular in our own countries, we were always outsiders. So we were always thinking and envied the EU and Silk road communications. I also want to visit the Obelisk, the center of Asia.
Marqido: Some spiritual places in Mongolia. Our name TENGGER is from the Mongolian language that means the sky god, unlimited expanse of the sky.
RAAI: USA. Mama and papa did a live tour in the USA before I was born, but I haven’t been able to visit. So I was looking forward to playing at SXSW last year but it was canceled just one week before we flew to Austin. I really hate COVID. I cannot even meet papa because of COVID…

*Can we wrap this up by discussing your future plans and goals? And would you add a special comment for the fans?

itta: We will continue to create sounds, do better performances, and meet you somewhere on this planet. Now, a year after the pandemic, I am reminded of how difficult it is to do this work that my family used to take for granted.
RAAI: I released my solo debut album on May 7th. And I have a concert with mama on June 11th at Ancheolsun, Seoul. I will make one more solo album this year. I’m also recording my voice with mama for TENGGER’s new album.
Marqido: We are currently taking our time to slowly record a new album. And I really want to do a live tour. See you!!!